In a heartbreaking video, a pup named Blue is seen crying his little heart out as he struggles to understand why his family has abandoned him.

The heartbroken pit bull was left at the shelter after his family decided that they did not want him anymore.

The family was moving into a new house, and though Blue loved them with all his heart, they simply saw him as an inconvenience.

And so, they dropped the confused and weeping dog off at a high-kill shelter.

Blue did not understand why his family had abandoned him, and his teary eyes and pitiful cries broke the hearts of everyone at the shelter.

Shelter staff tried their best to cheer him up, but Blue seemed inconsolable. 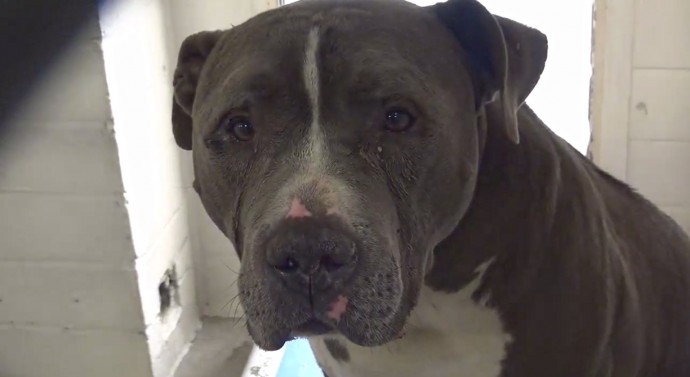 He refused affection and instead spent all his mental energy on crying and hoping that his family would take pity on him and come back for him. 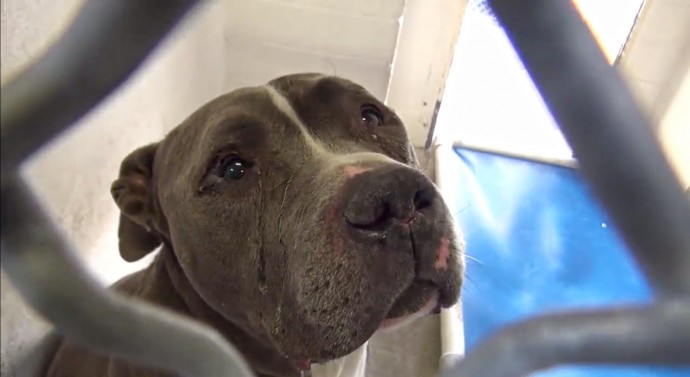 But Blue’s family wasn’t coming back, and something had to be done to heal his broken heart.

The shelter staff took to Facebook to share his tragic tale. They hoped that there was a family out there who would truly love Blue and give him the love he deserved. 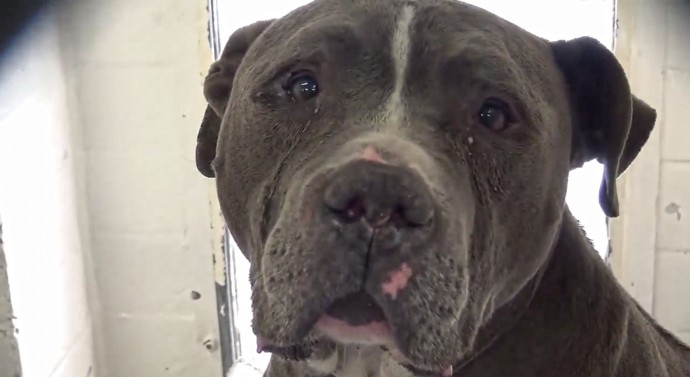 And luckily, all their prayers were answered when Jennifer McKay laid eyes on the weeping pit bull.

Blue made her heart both melt and ache, and she knew that she had to help him. 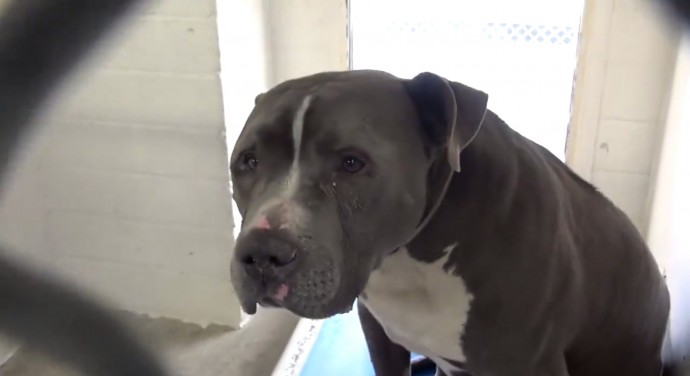 Now, McKay has adopted Blue and is doing everything she can to give him the care he needs.

She showers him with love and affection and is gently teaching him to love and trust again.

His previous family’s cruel abandonment has left its marks on his heart, but with McKay’s help, those memories are fading and are being replaced with feelings of love, happiness and safety.

We’re all so happy for Blue, and grateful that he finally has a family worthy of his love.