In a video taken by one of the churchgoers, a dog is seen playing with the priest in front of everyone during a church service in Brazil. At the time, Father José Geraldo Sobreira was leading mass at the Paróquia Nossa Senhora das Dores.

Suddenly, a dog approaches him, biting and tugging on his clothes, wanting to play. It is a cute sight to behold.

Amused, Father Sobreira pets the dog who keeps playing with him even while the church service is taking place. People find Father Sobreira’s gesture to be sweet. Now, people are praising him for not shooing the playful dog, despite him causing a distraction during the service.

Needless to say, the priest’s adorable reaction went viral online as soon as the video was posted, and already counts more than 6 million views.

An adorable video of Father José Geraldo Sobreira petting this playful dog during a church service went viral online after one of the churchgoers uploaded it on Facebook.

People who witnessed the cute scene said that the dog got lost, entered the church, and ruined some of the church’s decor. Then, while the mass was going on, the dog approached Father Sobreira, tugging on his robes to play. Instead of getting frustrated, he pet the dog while holding the service. 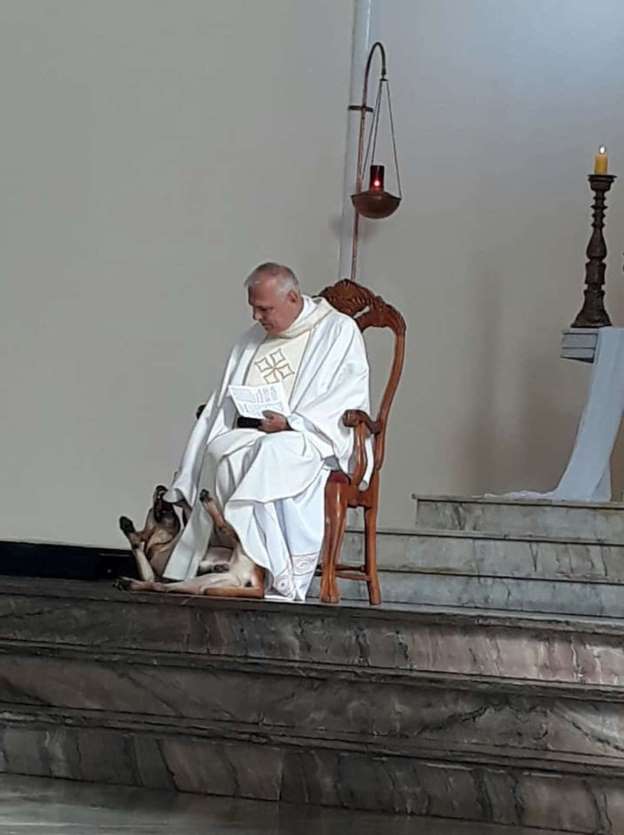 Later, the dog was discovered to be named Herman. Unfortunately, his owners likely left the door open, and Herman went outside and got lost. Now, he is back home with his owners. 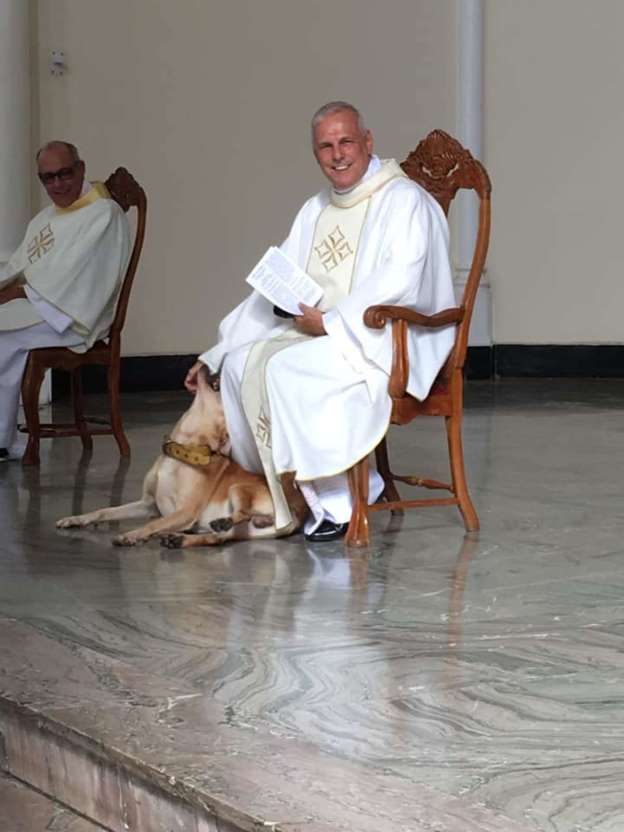