Bleu is a beautiful 4-year-old golden retriever with an unusual passion; Bleu loves to sing.

The musical girl discovered her passion for the musical arts as a young puppy, after her mother, Ana Brown, hung up a set of wind chimes in the garden.

At the time, Bleu was barely 4 months old, and when the sweet little baby girl heard the serene sound of the chimes she was entranced.

After accidentally head-butting the low-hanging chimes, Bleu listened to their strange song and decided to join in.

Brown was surprised to see her pup singing along to the chimes, but the best was yet to come.

Brown was charmed by Bleu’s passion and decided to share her musical performances on Facebook, which resulted in Bleu going viral.

People were blown away by Bleu’s adorable passion and before Brown knew it, thousands of people had watched Blue sing and play with the chimes.

The online response has been overwhelming, and Brow is amazed by the love and attention Bleu has been receiving.

Bleu discovered her love of music when she was only four months old. 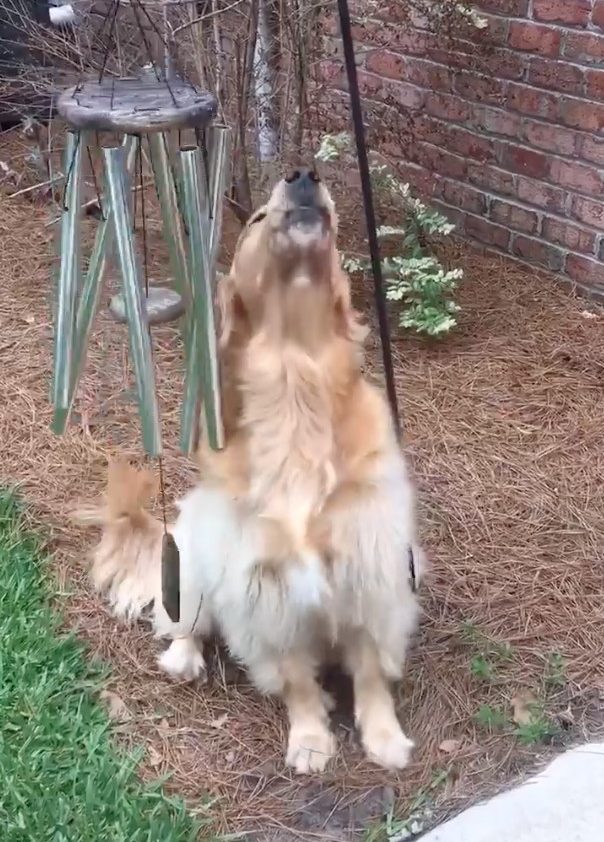 And even as a four year old, her passion is a strong as ever. 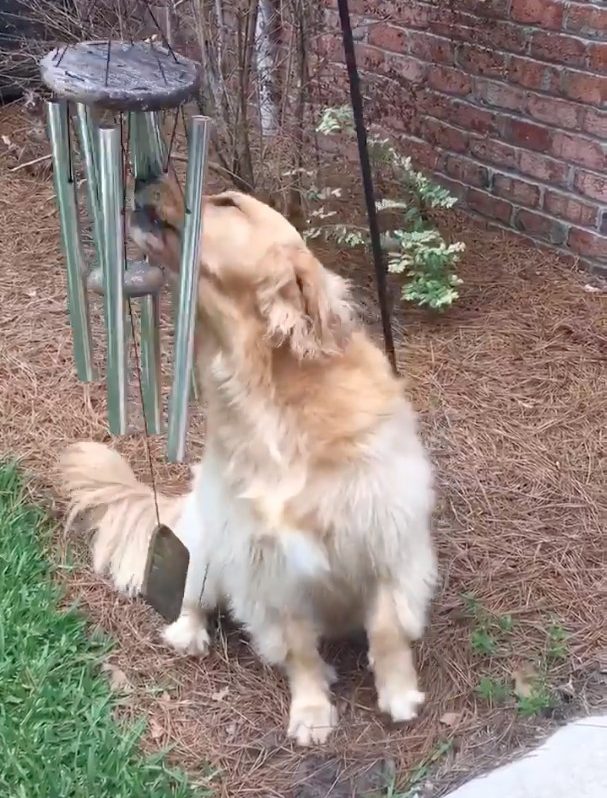 She just loves to sing along to the beautiful sound of the chimes.

And Bleu doesn’t need any help from the wind… 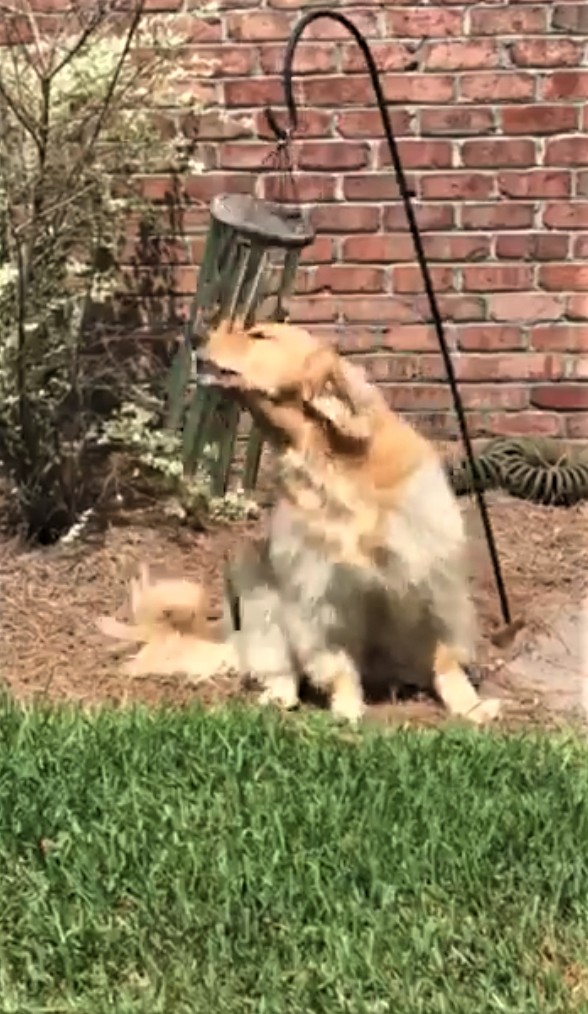 …because she plays the chimes herself by nudging them with her head.

She’s such a clever and multi-talented little girl. 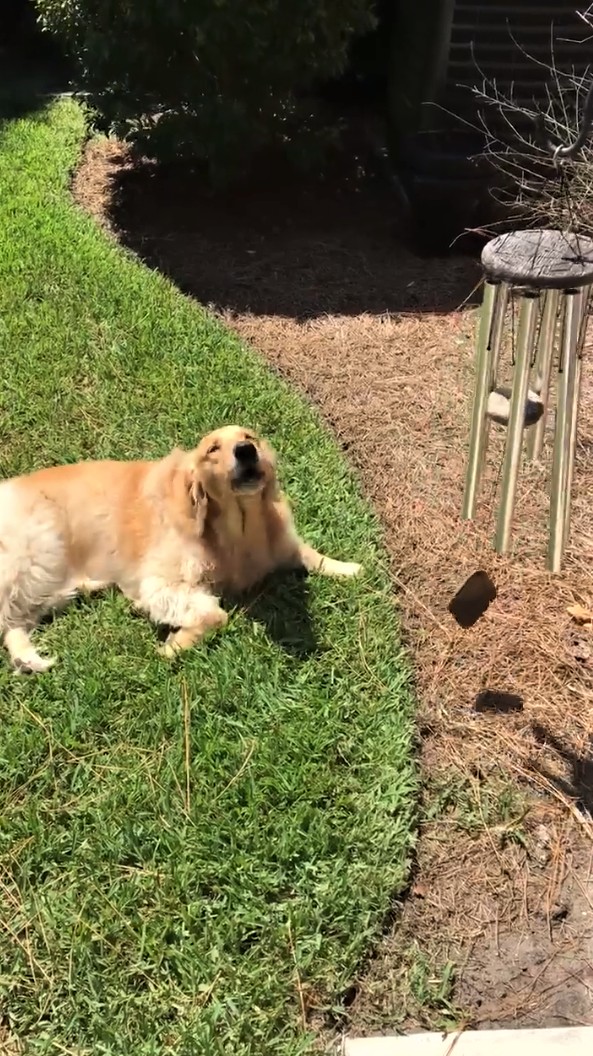 Bleu’s mommy is of course very proud of her. 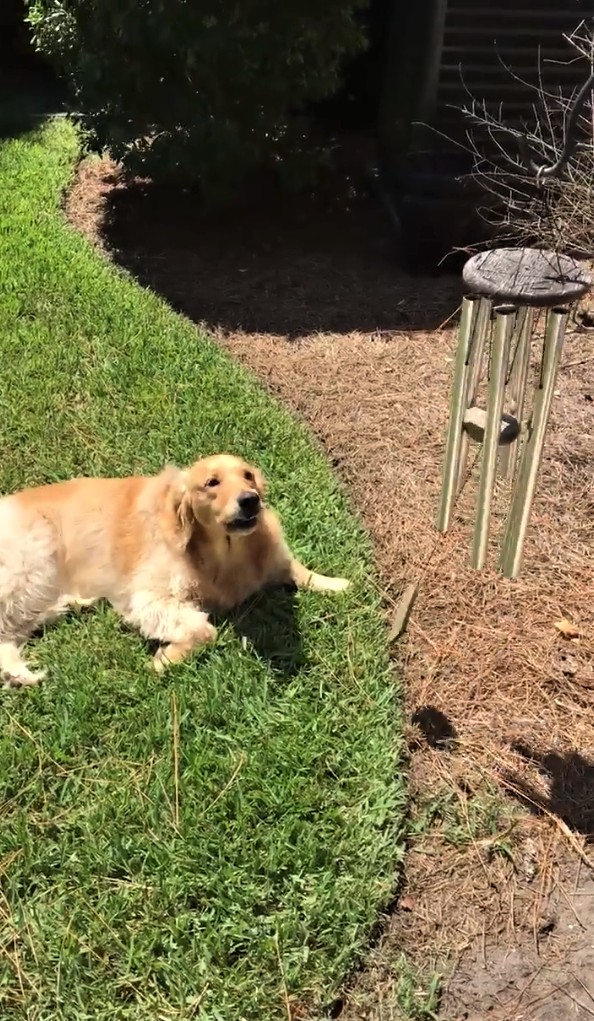 And she loves to hear her play and sing each day.

…and is spreading joy all around the world.