One day Aimee Maiden and Nick Wheeler, an happily engaged couple, were remembering the good old times by going through old childhood photos at Nick’s grandparents’ house. At some point, one photo of Nick playing on the beach caught their attention: in the background of the picture there was a little girl who looked a bit too familiar…
You got it? Yes, It was Aimee!

What an incredible story, a couple of decades before that day at Nick’s grandparents’ house, Aimee and Nick were playing on the same beach and had no idea they would meet each other one day.

Aimee and Nick got married this past saturday, and are now beginning a new life together.

In 1994, when this picture was taken, these two kids didn’t know each other, and had no idea they would get married 20 years later. 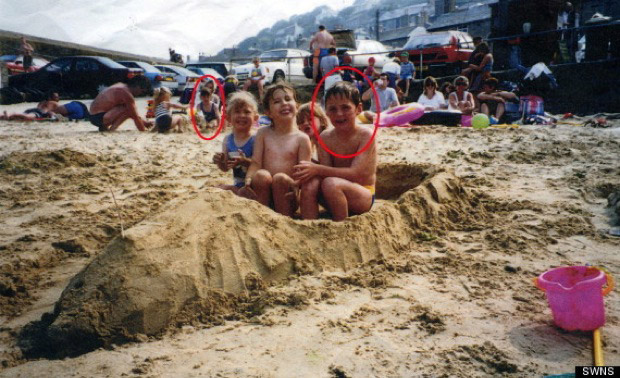 Here are Aimee and Nick in 2014, the day of their wedding. 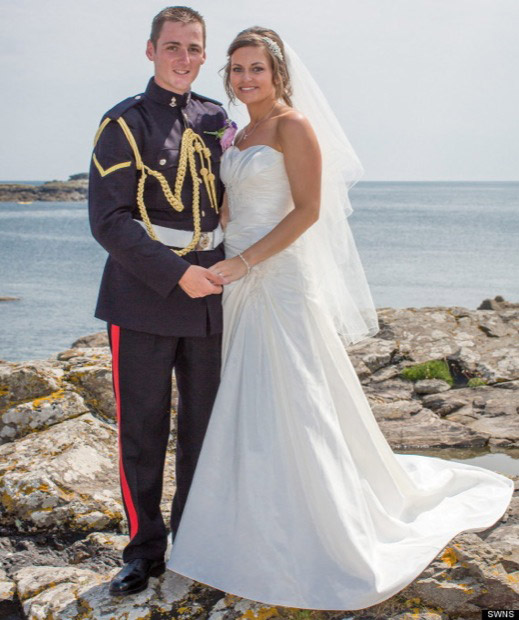