If you take a walk around Karlsruhe, Germany these days, there are some good chances you will spot some period pads sticked on poles.
At a closer look, you’ll notice that there are some incredibly powerful feminist messages written on them.

The mind behind this project is called Elonë, a young woman from Karlsruhe who wanted to sensitize people about gender equality, taking a stand against woman harassment.

She started posting period pads with feminist messages written on them all around her hometown, but soon her initiative went viral online and now there are more and more people taking part to her movement all around the world.

Despite being criticized by many, her project is gaining more popularity each day.
Elonë specifies that her message are about “equality, not men hate”.

Women have done so much for gender equality over the years, but so much has still to be done.
See more of Elonë’s project on her Tumblr and Instagram. (h/t) 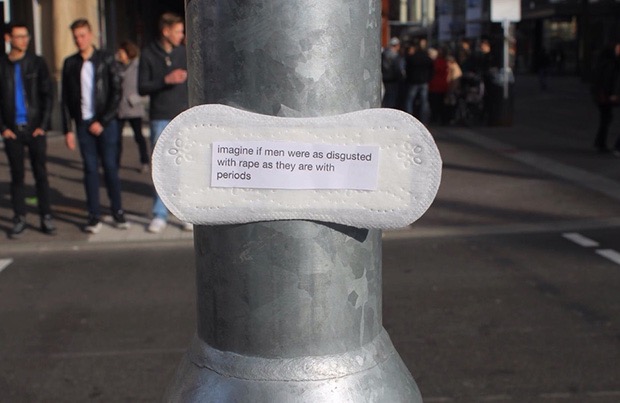 She wanted take a stand against women harassment and victim blaming 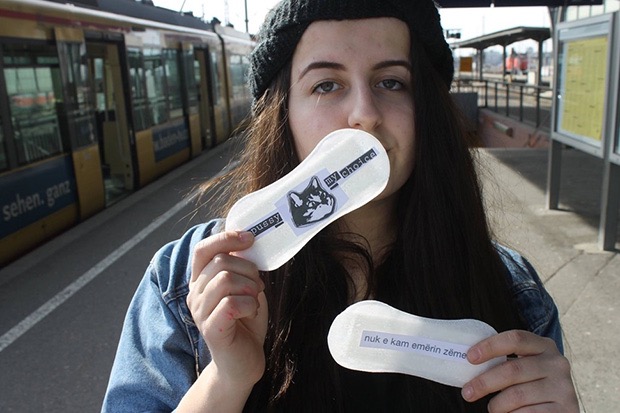 Her messages are powerful, and she states they are about “equality, not men hate”

And focus on women’s rights 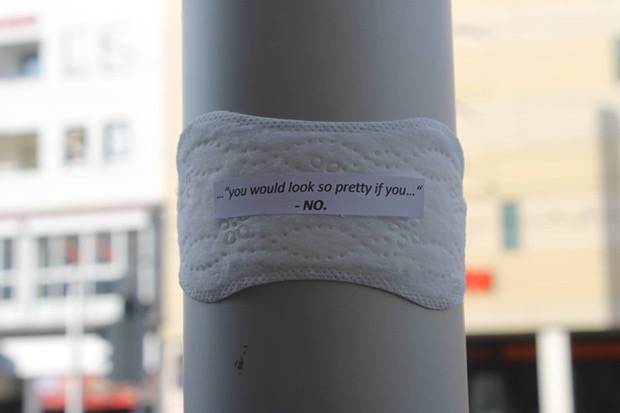 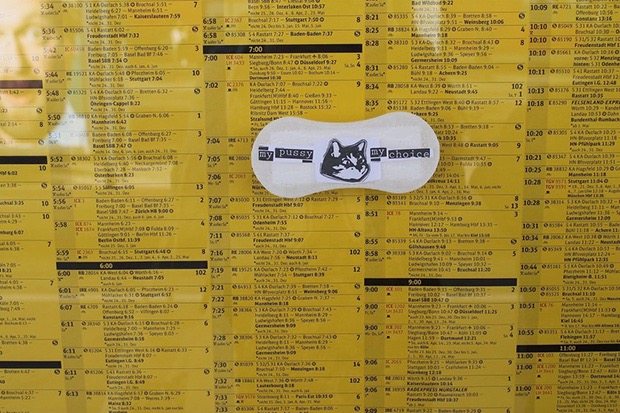 But people from all over the world inspired by Elonë have started to spread the word, making project really global (Translation: my name is not baby) 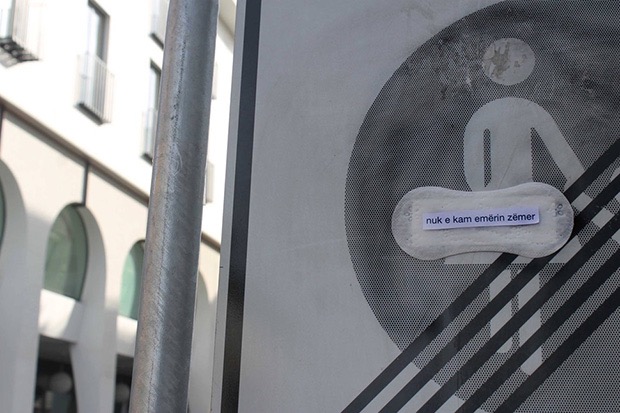 If you support Elonë and her message, help spreading the word by sharing this post with others.