A couple from Hong Kong, Daphnie and Koon Wah, are cat lovers and furparents to Meatball, ‘the cat with a dad bod’.
Daphnie and Koon Wah share their home with four more cats: Mochi, Meatball’s partner, and their three little kitties, Bunny, Pepper and Nugget.
When the kitties were old enough to eat solids, Meatball started to eat more than his share, taking food also from his kittens’ bowls. What’s worse is that Meatball’s daughter, Pepper, is picking up her father’s bad habit of eating more than her food portion. For this reason, Daphnie and Koon Wah came up with a clever idea to keep Meatball and Pepper from overeating. They created partitions, with space just enough for one cat to squeeze in.
“Koon Wah built partitions to separate them during mealtimes. We also had some fabric from some sake wine we bought in Japan and I sewed these to the front of each partition” Daphnie told The Dodo.
Now the cats can each eat peacefully on their own without fearing that Meatball or Pepper will eat their share. Although father and daughter are still chubbier than the rest of the cats, Daphnie and Koon Wah are hoping that this trick will help them reduce and go back to a healthier size. If you want to see more photos of the Meatball family, check out their Instagram!

Meet Meatball, the fat cat who lives in Hong Kong with his humans, Daphnie and Koon Wah. 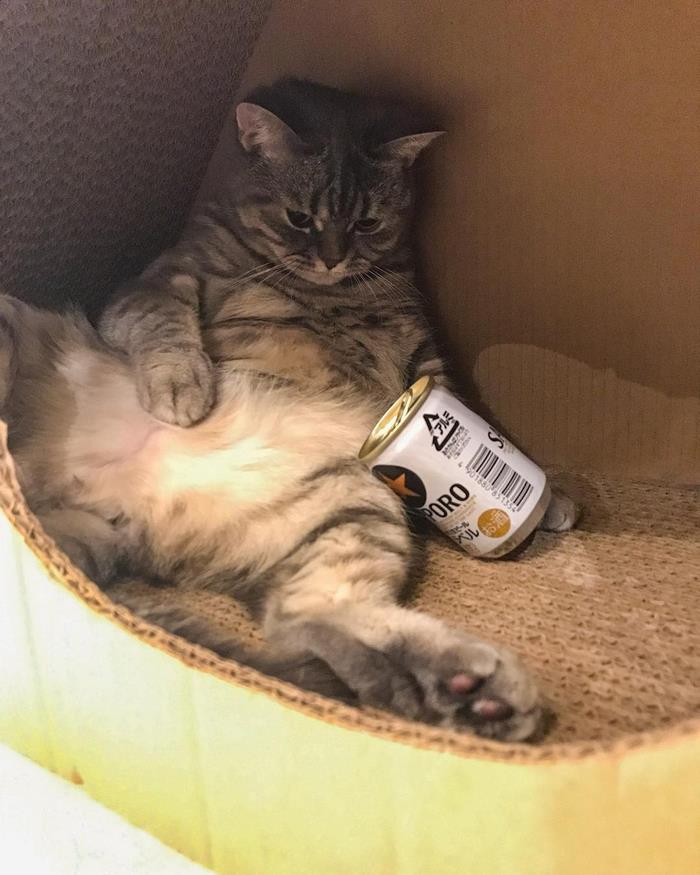 From two cat to five: Meatball and his partner, Mochi, gave birth to three adorable kitties: Bunny, Pepper and Nugget. 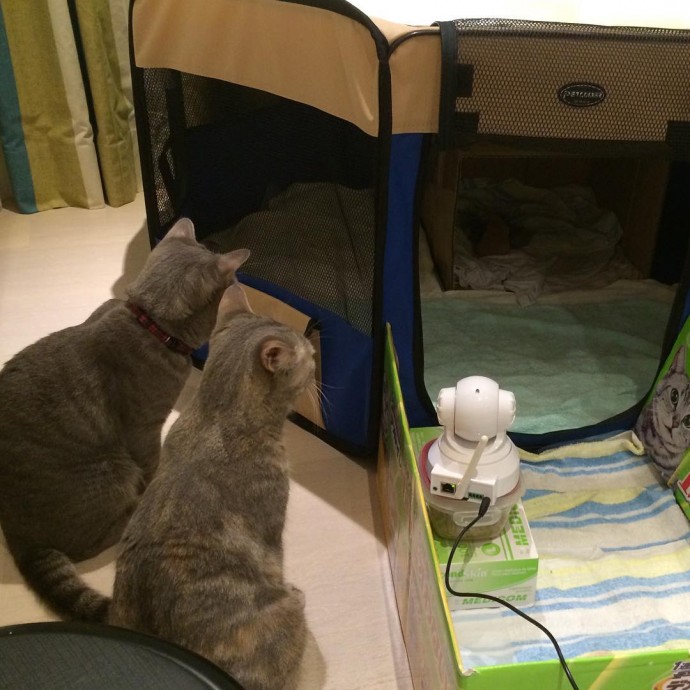 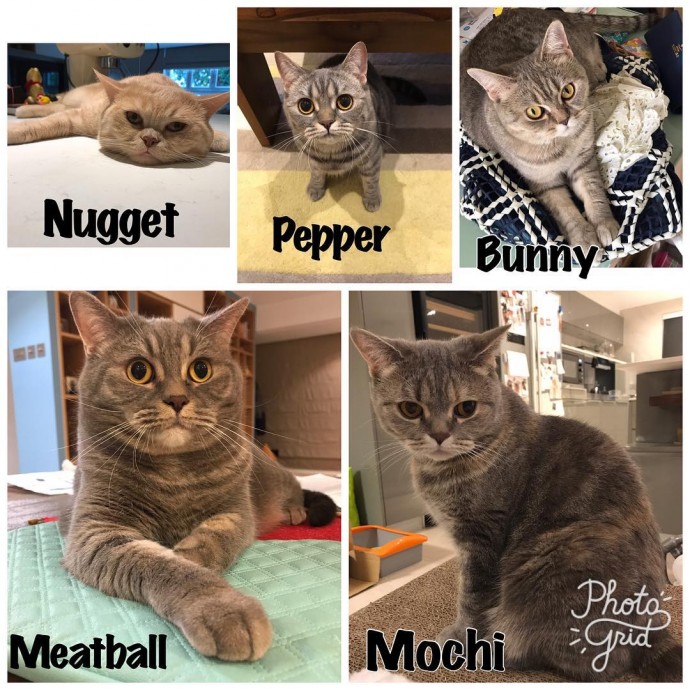 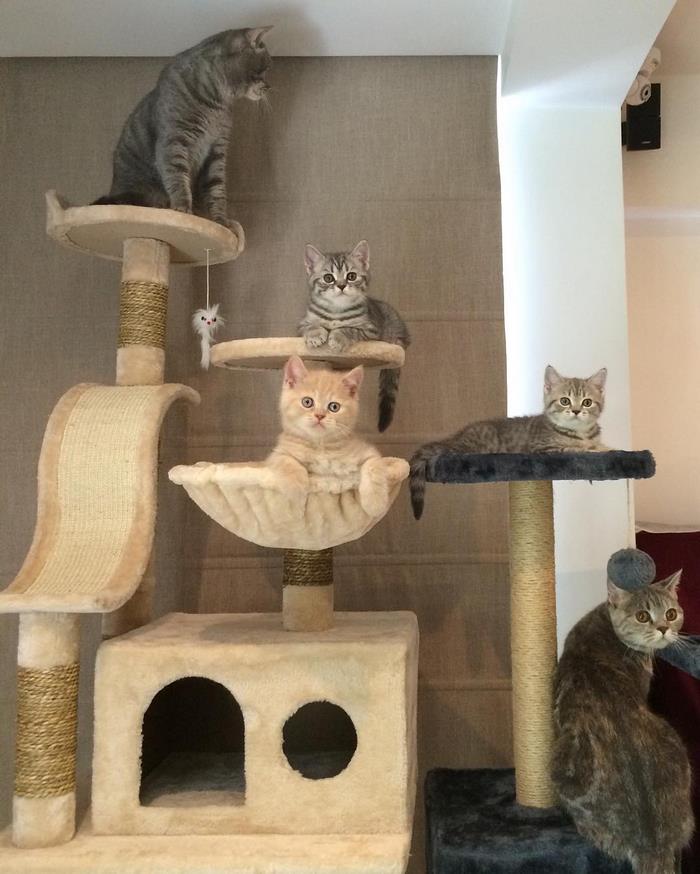 The couple was excited to welcome the new kitties into their home. The house was filled with love from the Meatball Clan. These adorable cats spent all day napping and playing. 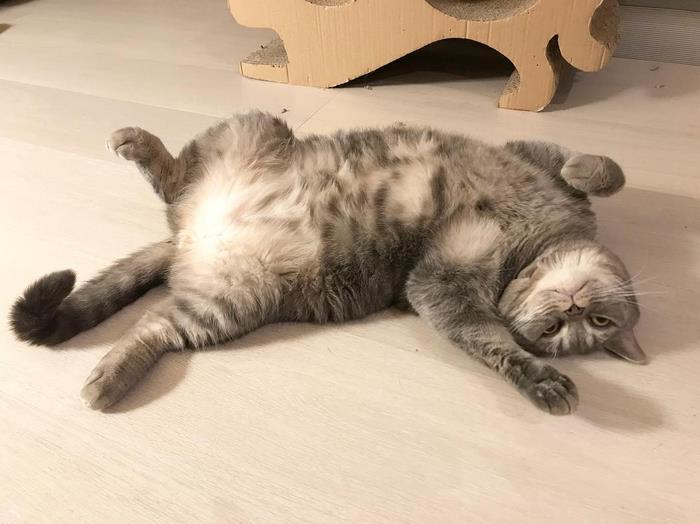 Of course, their most favourite time of the day is mealtime. 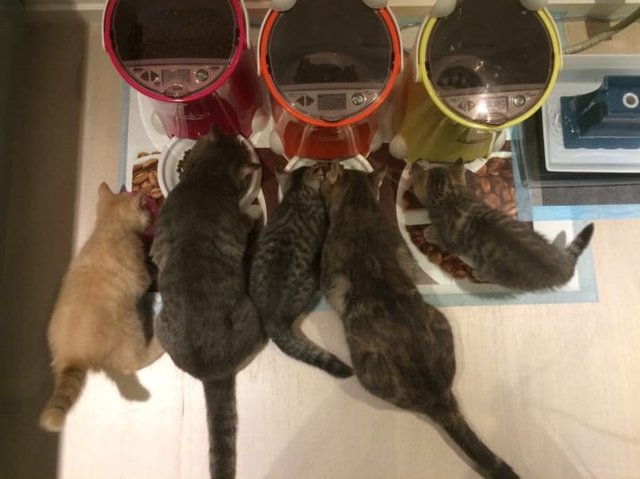 Unfortunately, there seems to be a problem. 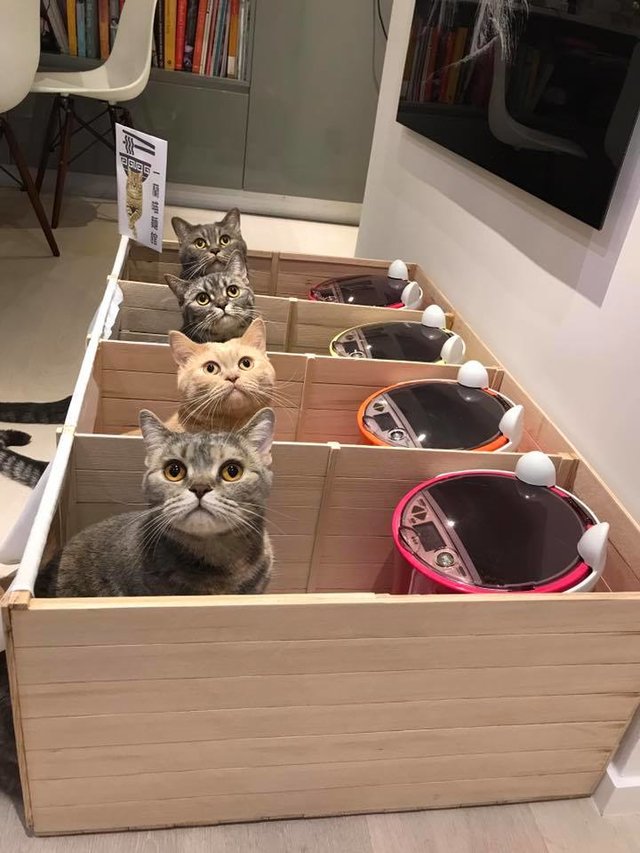 The father of the cat family, Meatball, eats more than his share. 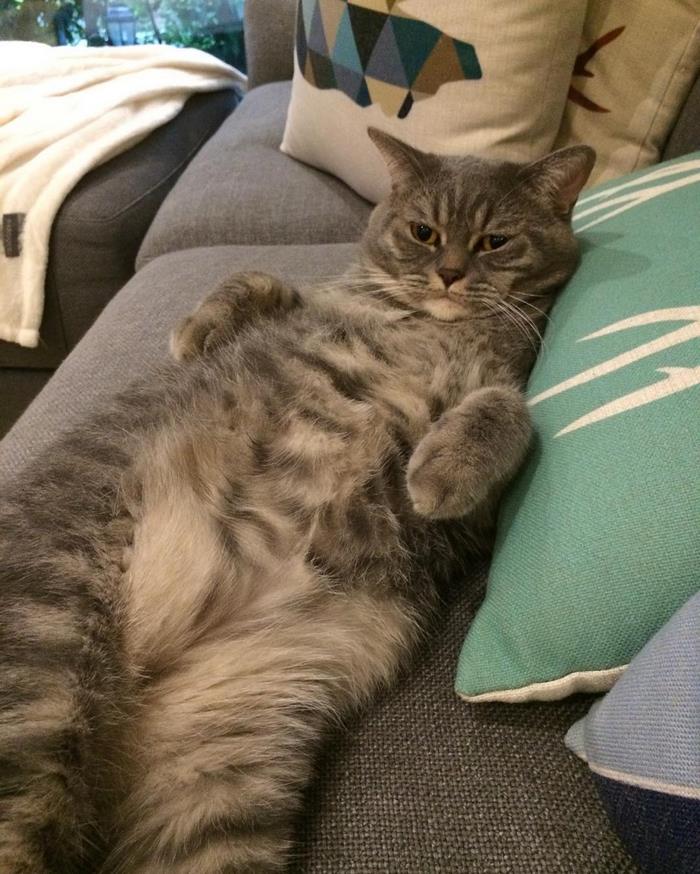 To make matters worse, Pepper is picking up on her father’s bad habits! 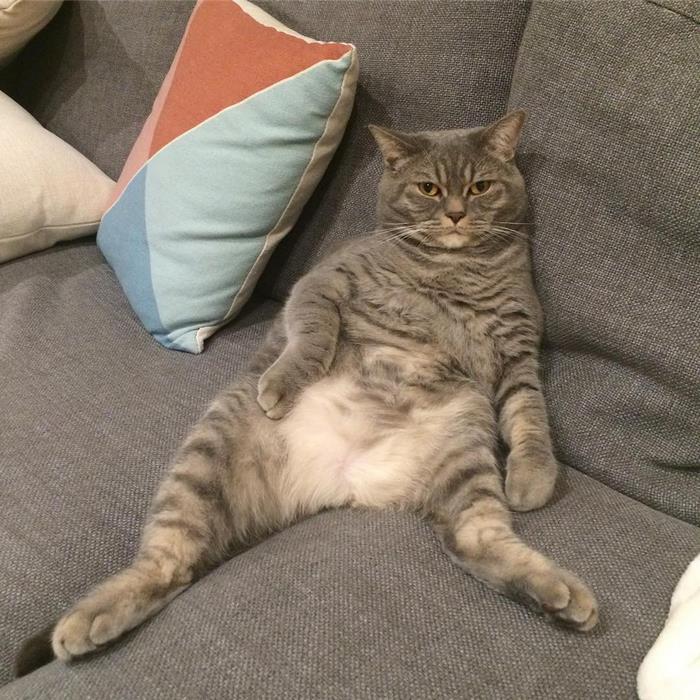 To stop Meatball and Pepper’s bad habits, Daphnie and her husband, Koon Wah created partitions to separate the cats during meal time. 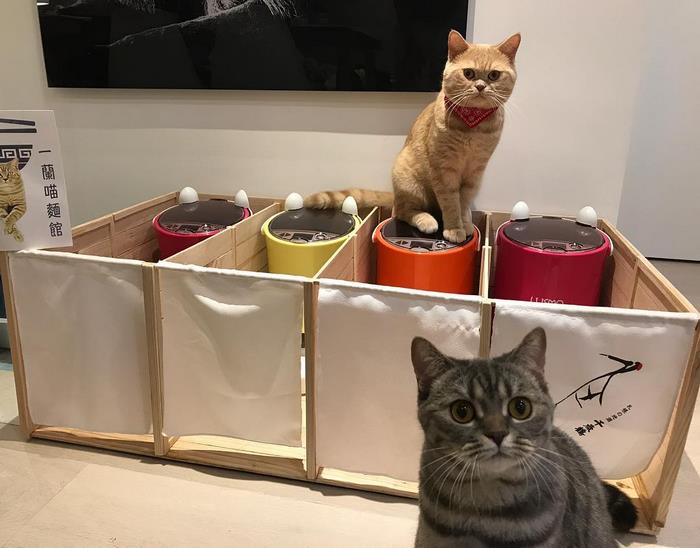 The partition was initially made from cardboard, but the couple made a new one out of wood. Now, each one of them can eat in peace! 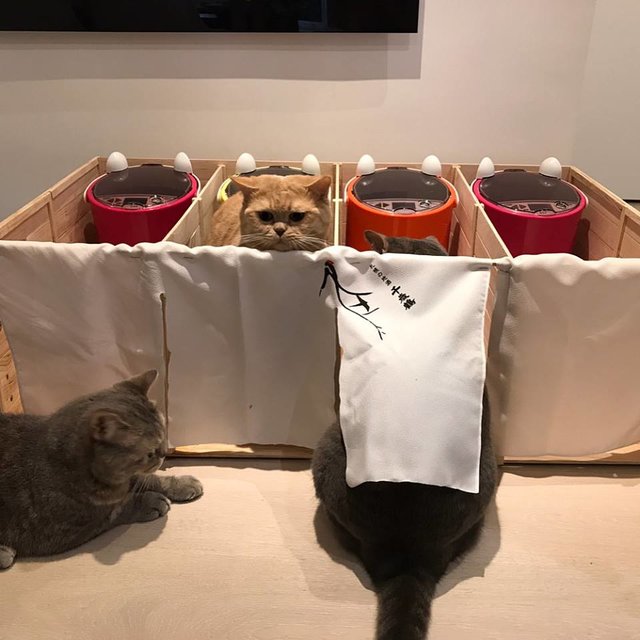 The food cubbies can fit one cat comfortably. 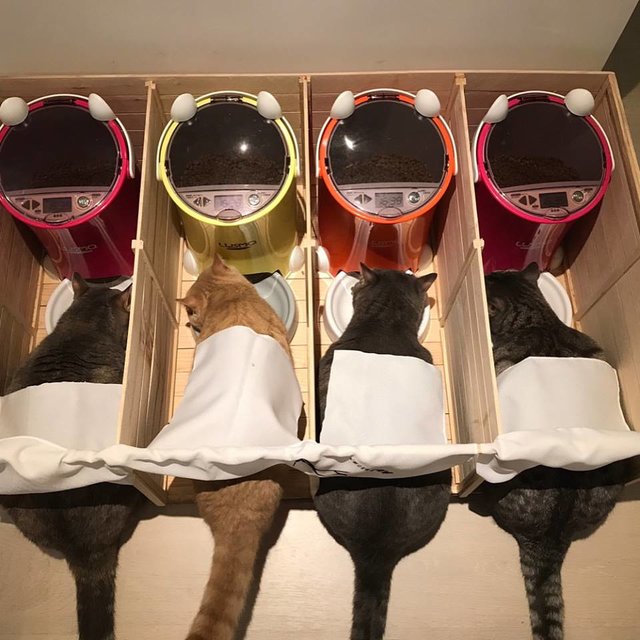 For a fancy touch, Daphnie sew fabric from some sake wine they bought from Japan to the entrance of each of the cat’s cubbies. 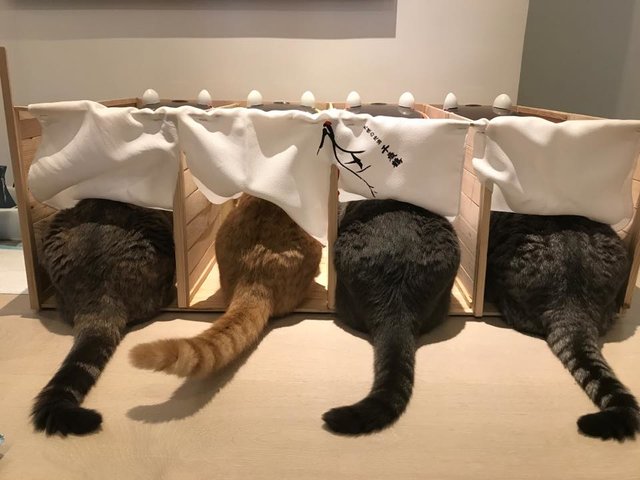 Problem solved. The cats are now back to their usual playing, napping and staring at people activity, and probably plotting against their humans. 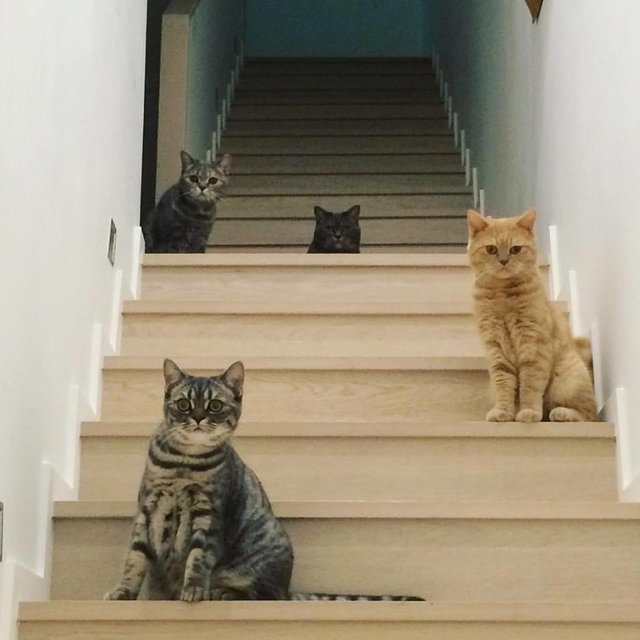