Over the past four years, photographer Trey Ratcliff attended Burning Man, and plunged into the essence of this annual event in the Nevada desert. This counter-culture event is all about community, art, self-expression, self-sufficiency, meditation and anything else that breaks the barrier of morality and fear of ridicule.

Through his lens, he captures the essence of thousands of people who live together in the desert for a week. The first edition took place on the summer solstice in 1986, where some friends burned a 3 ft tall wooden sculpture of a man, symbolizing a ‘radical self-expression “. By then the size of the sculptures and the number of the participants is increasing time after time.

In this series of beautiful images, Ratcliff conveys the creative spirit through its global documentation of artworks, costumes, artistic and breathtaking South Western American landscapes.

During “Burning Man” People are given a proposed theme, changing every year, that encourages the attendees to find ways to express themselves. The event always takes place on the last Monday of August and runs until the first Monday of September. At the end of the event, people clean the site from stuff and garbage created during the event, and the comes back to its original state, as if nothing had happened there. 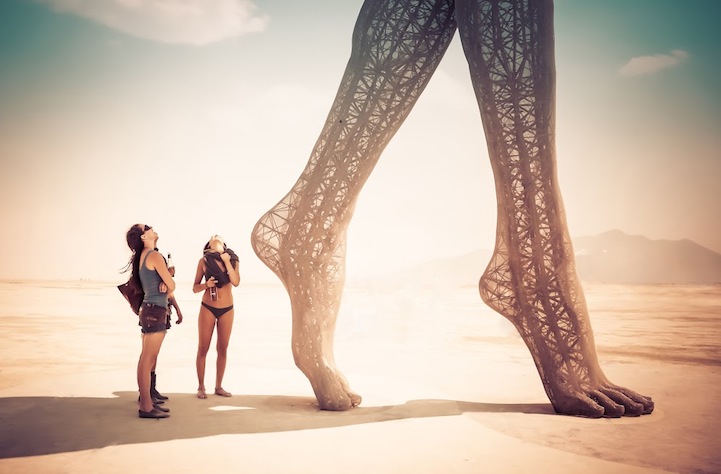 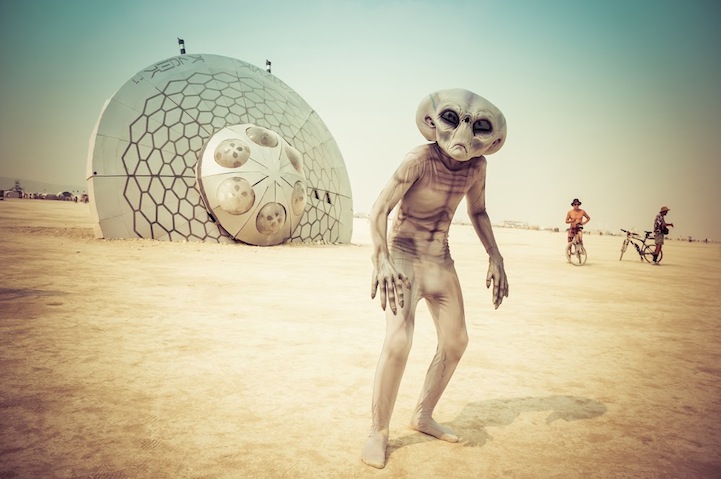 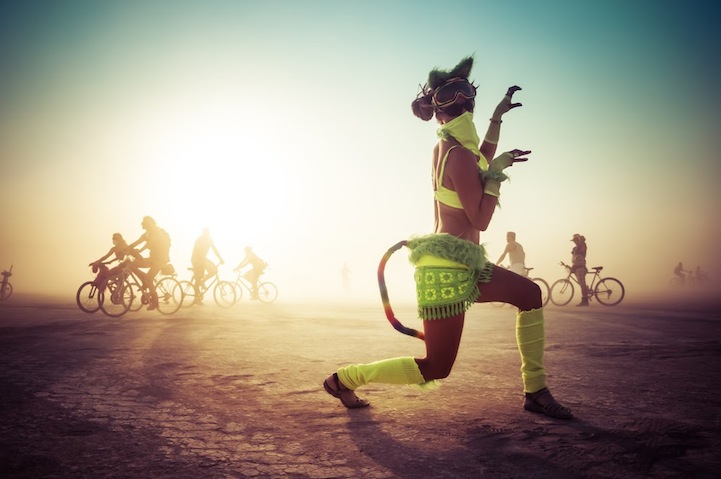 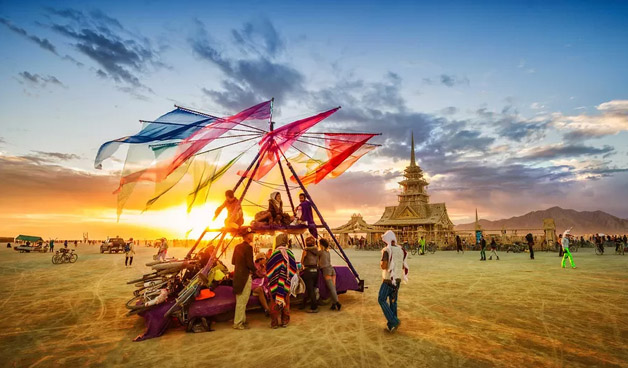 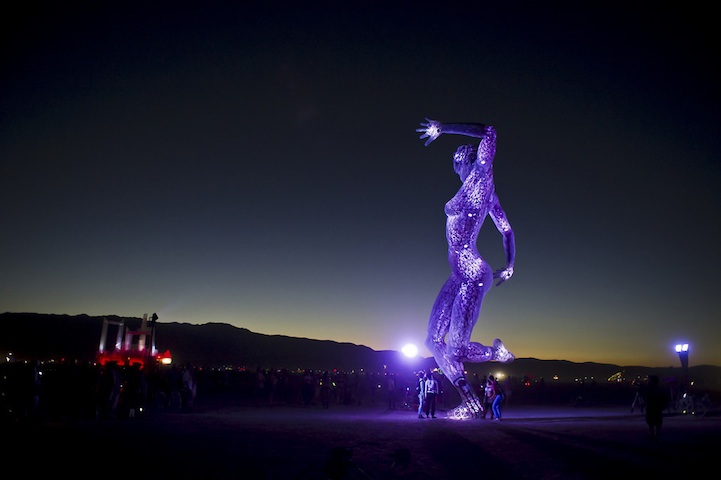 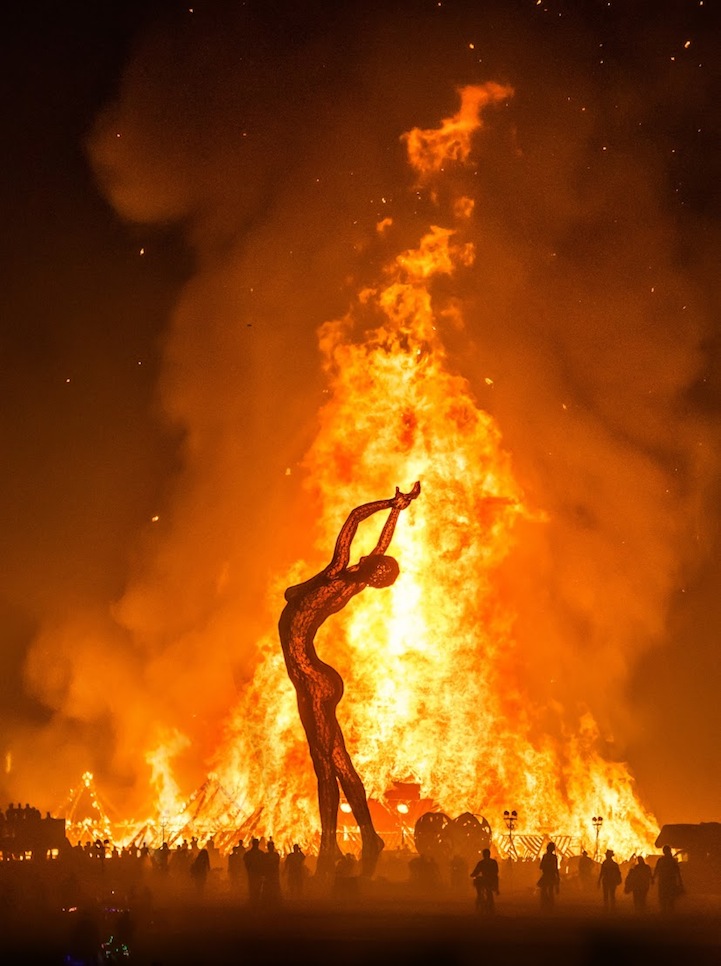 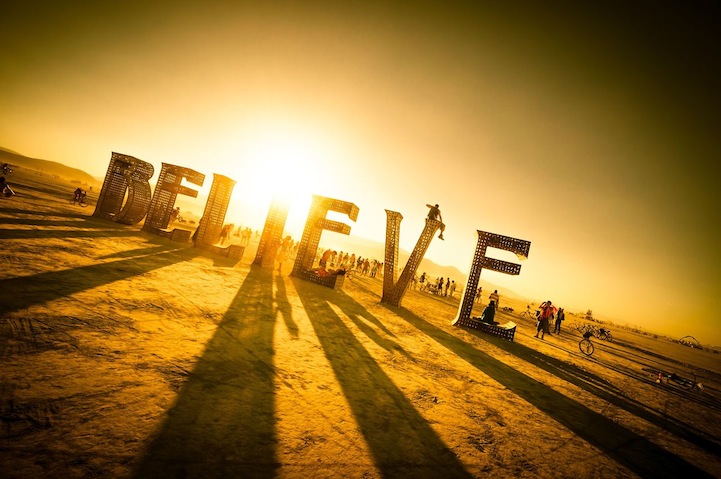 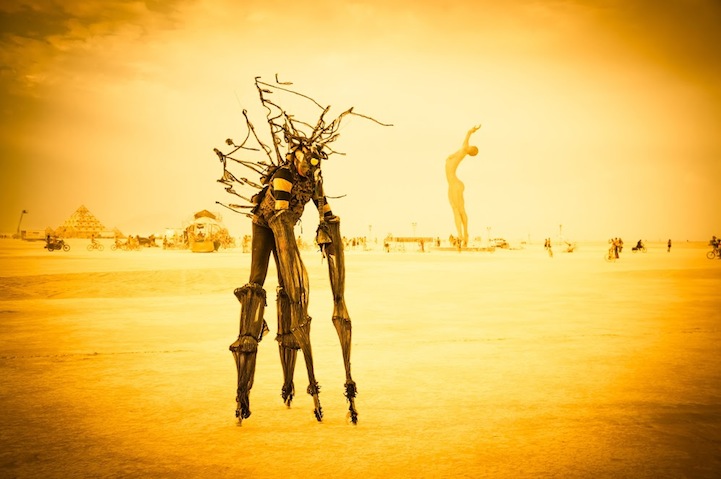 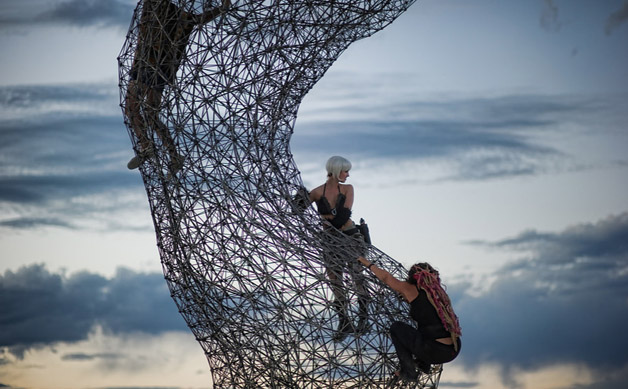 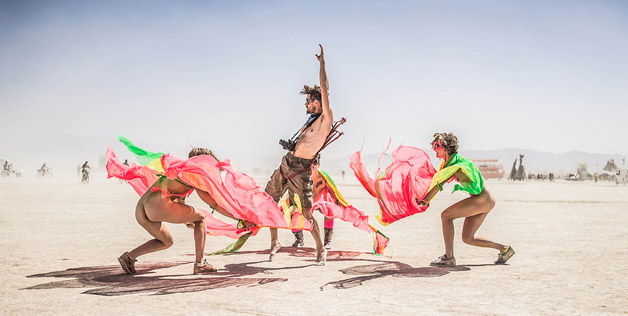 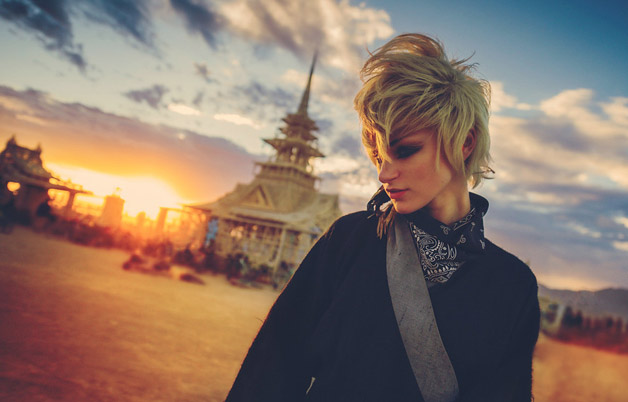 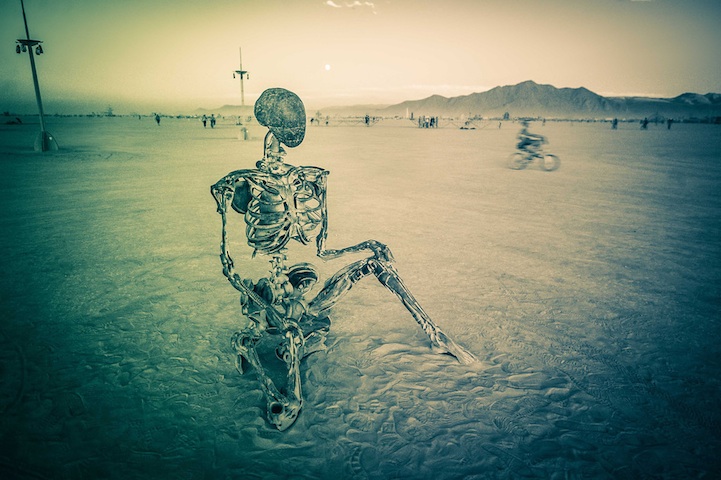 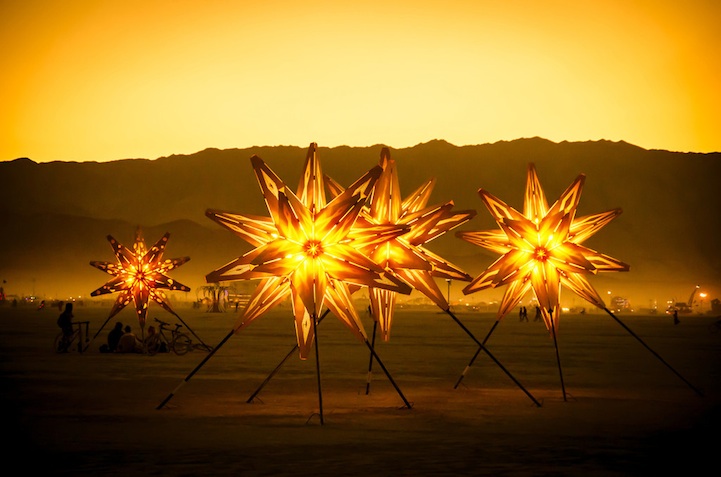 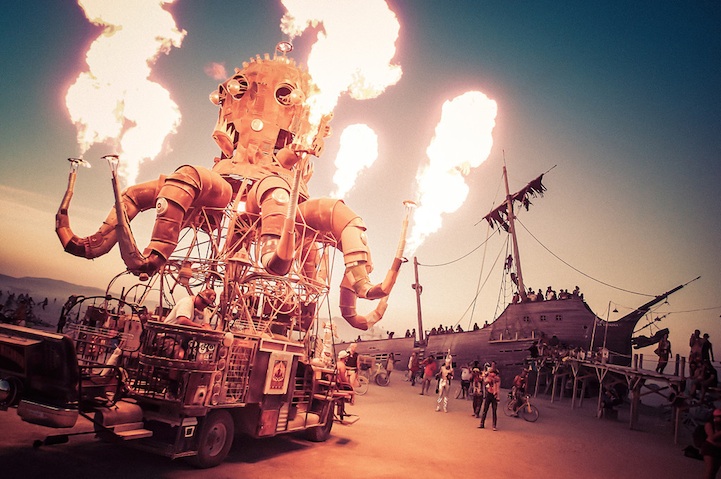 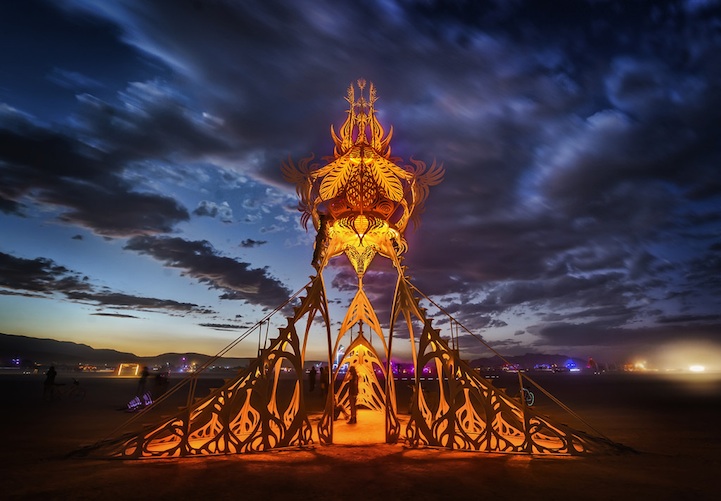 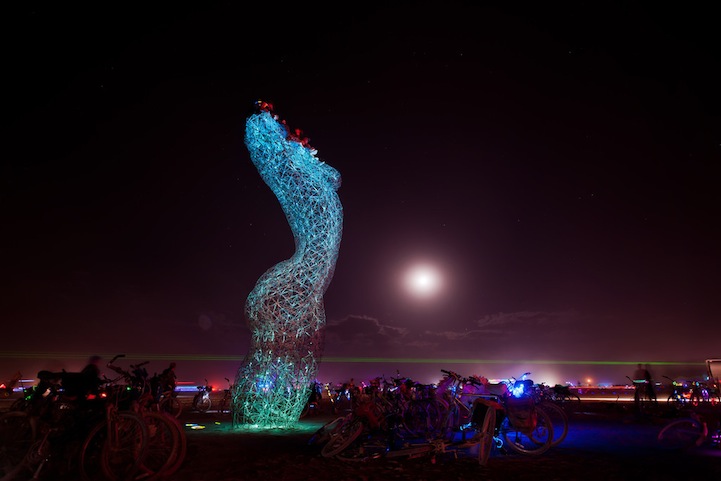 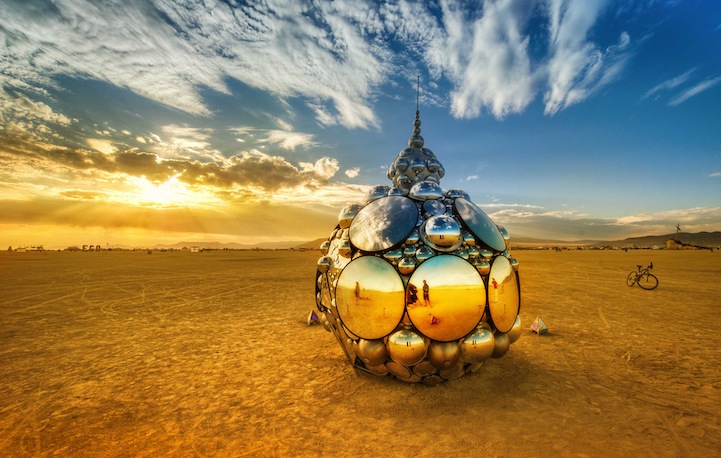 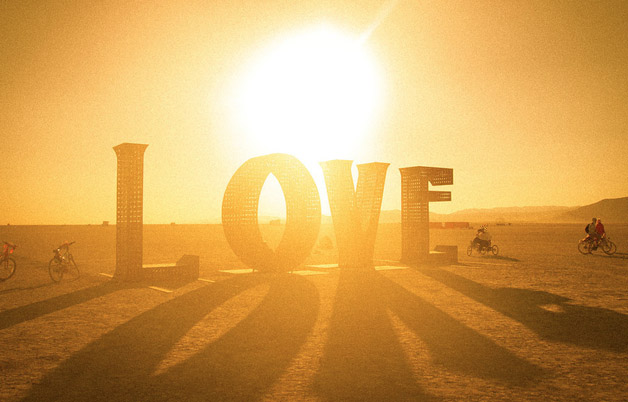