Between all the bad commercials that we are used to watch everyday, every now and then a real gem is broadcasted to our monitors and TVs. That’s the case of the Volvo commercial we are going to show you today.

The aim of the campaign was to demonstrate the stability and precision of Volvo Dynamic Steering and to reach their goal they hired Hollywood actor and martial artist Jean-Claude Van Damme to perform one of his epic splits, under the direction of Andreas Nilsson.
Nothing special if he didn’t have to do that by standing between two reverse-driving trucks with only the rear view mirrors serving as support.
In case you’re wondering, the stunt is apparently true and not a CGI effect, he only had some kind of safety line that was obviously edited out afterwards.

With the perfectly fitting “Only time” by Enya as soundtrack and a beautiful sunset light, this ad totally captivated us and we think you’ll absolutely like it too.

Watch the commercial and a video teaser right after the screenshots. 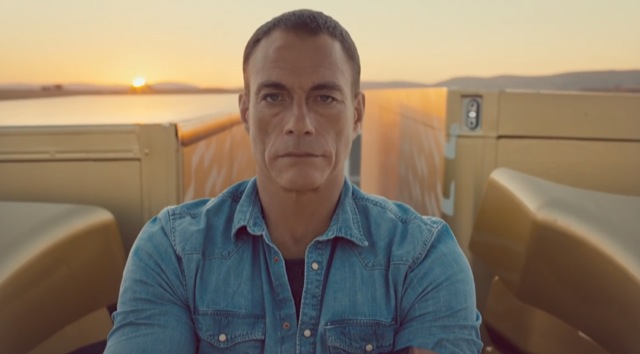 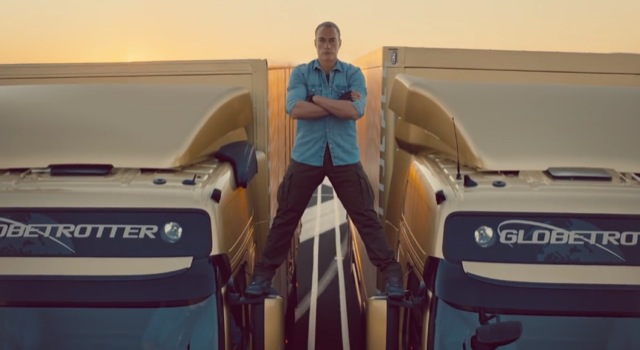 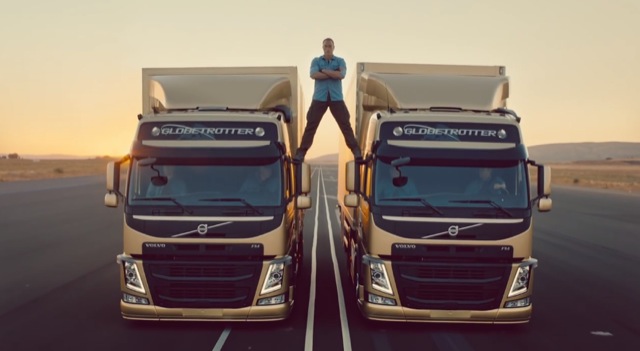 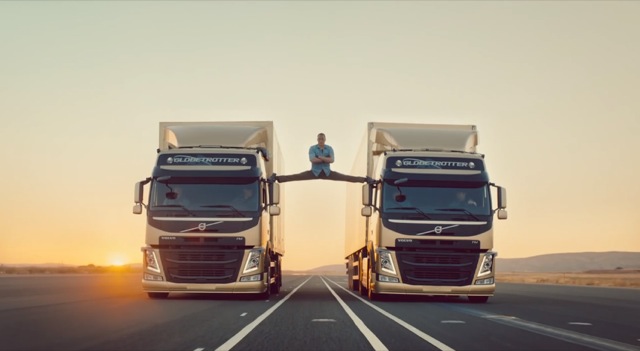 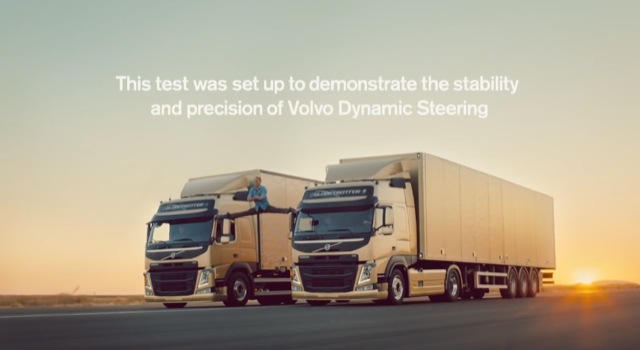