Dogs are smart creatures, so it’s not totally impossible that they’ll be able to ask for help and dial 911 if their owner is in danger. It’s probably what police officers in Lakeville, Minnesota had in mind when they received multiple calls from a single phone number. Upon answering the call, all they could hear was dogs barking. In a span of 30 minutes, sixteen calls were made from the same phone number. Even though the officers couldn’t hear a person speaking on the other line, they thought there was an emergency.
Upon arriving at the caller’s home, there was no one inside. Officer Michelle Roberts reached out to the home owners so they were able to get inside. Apparently, the dogs were left at home while their owners were at work. The dogs’ dad left a phone upstairs in his office. Since the phone’s screen was set to ‘emergency calls only’, the dogs accidentally kept calling 911 while they were playing with the phone. It was a lesson learned for the dad and a hilarious story that the police officers will never get tired of telling people.

A phone number kept calling 911 in Lakeville, Minnesota. Sixteen times in a span of 30 minutes.

The police officers were baffled, since all they could hear were dogs barking.

Sixteen calls always seem like an urgent matter, so officers went to the caller’s residence.

No one was home. Apparently, two dogs were left alone while their owners were at work.

The dogs’ dad left a phone in his office upstairs. The dogs accidentally called 911 multiple times while they were playing with the phone, that displayed an “emergency calls only” screen. 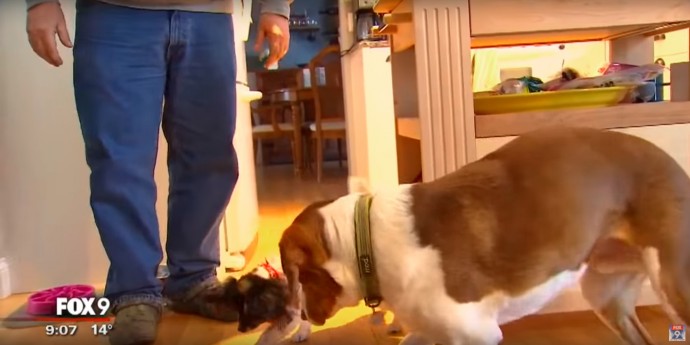