While most people are stressing over a job they don’t like, competing for a promotion, or looking forward to the next break, Arat Montoya created the job he doesn’t need to have a vacation from. Why should he? He is living the dream, surrounded with wagging tails and happy furballs, waiting for his yellow bus to pull up in front of their house.

In 2016, Montoya opened Doggie School Bus Inc., a dog daycare service in West Linn City, Oregon. In the first two weeks he opened his business, the Doggie School Bus became quite popular in their area and he found himself with handful of clients.
“I got 16 customers within two weeks. People were going bananas.” Montoya told Oregon Live, recalling the moment fondly. The demand has grown so much for his doggy daycare service that he had to buy new and larger vehicles to drive the dogs around.

Montoya’s daily routine consists in showing up at his clients’ houses each morning and picking pups and dogs up in his yellow dog bus. Then, he drives the doggos to a a 5-acre rural property he rented from a friend. This is where the dogs spend most of the day to play. At 2 PM, he drives them home door-to-door. Montoya charges his clients $30 for a day of his service.
Montoya currently has more than 300 clients and manages different groups of dogs. He can usually accommodate an average of 20 dogs per day, and can raise the number to 30 or more if he is dealing with well-behaved pups.

According to Montoya, the best part of doing all this is that he enjoys the company of dogs and that they have fun playing with the other dogs, too. “I’m the happiest man in the world doing what I’m doing,” he said. 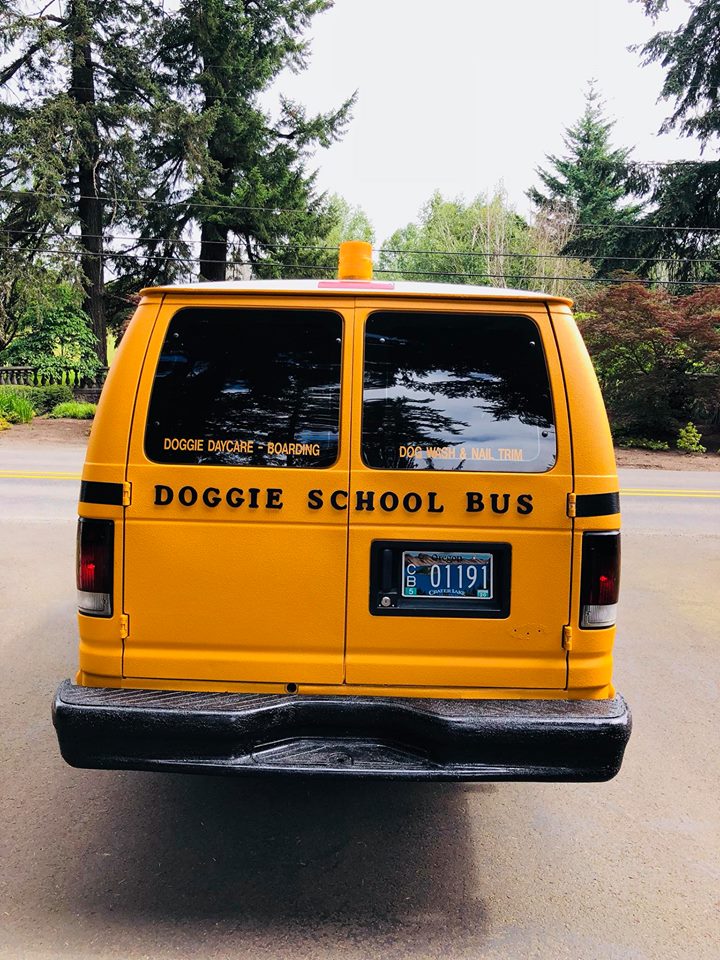 Arat Montoya has been a dog-lover all his life, and couldn’t see himself doing anything else. He worked at the Dog Club of West Linn, but, unfortunately, the dog daycare service business he was working at shut down. 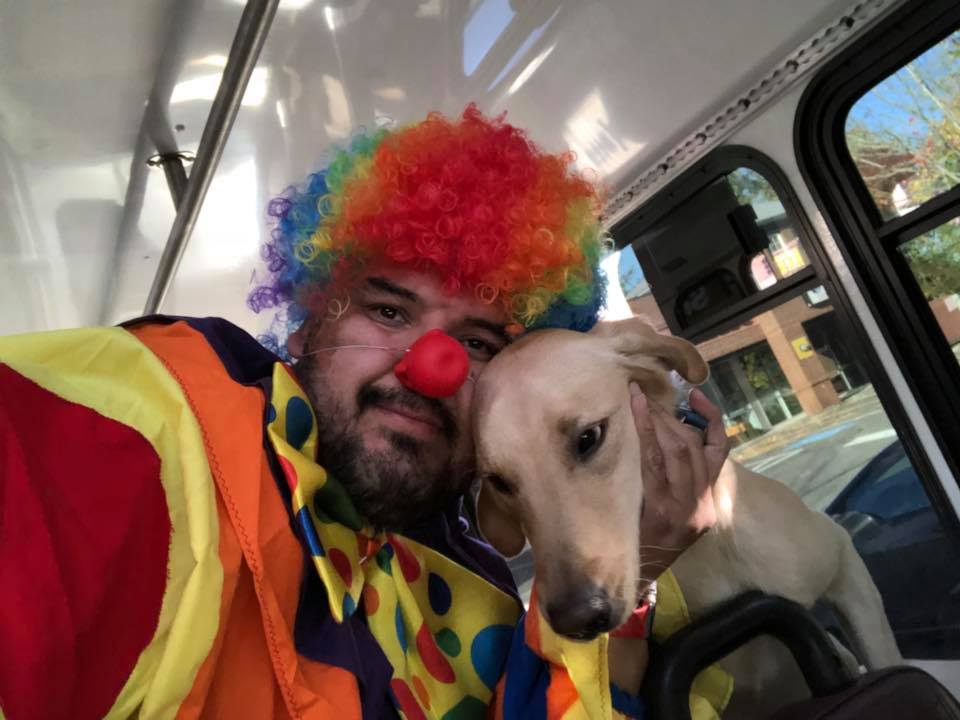 So, he continued to do boarding and dog-sitting for several clients. In 2016, Montoya and his wife found out they were going to have a baby, and simple dog-sitting wouldn’t be enough to cover his growing family’s needs. 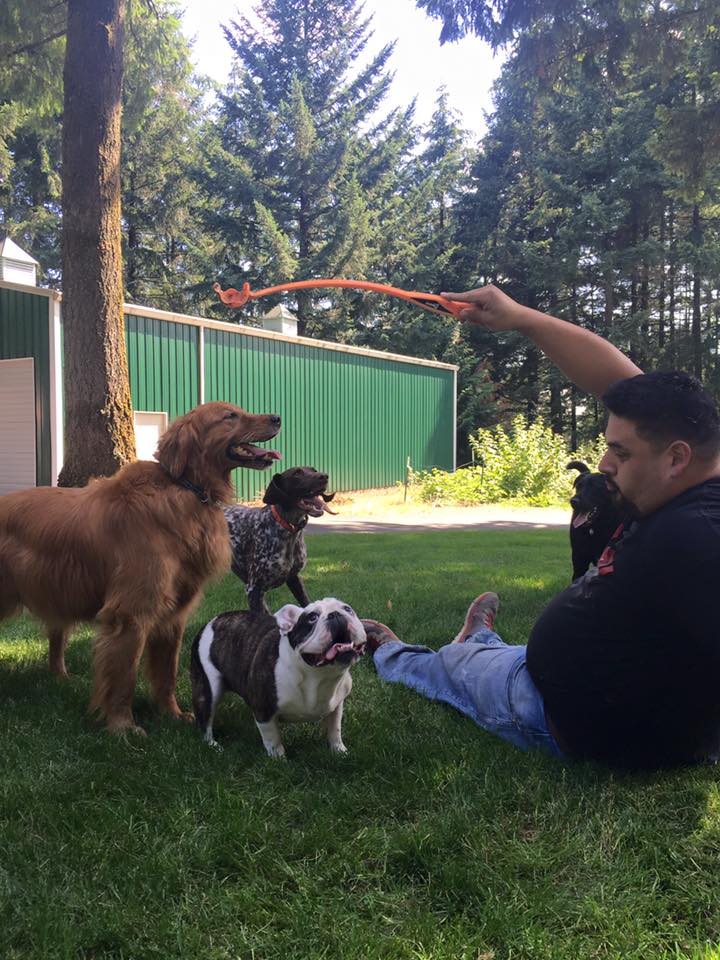 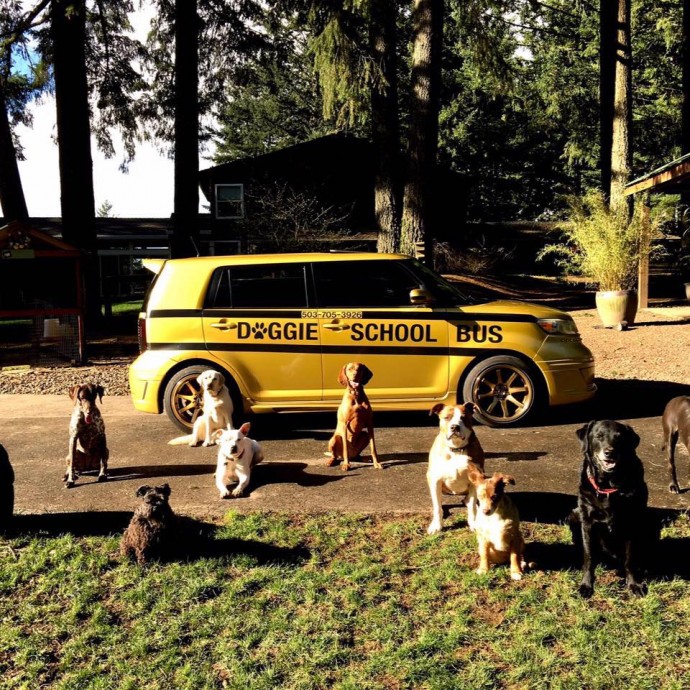 For $30 a day, Montoya starts driving to his client’s houses at 7 in the morning to pick up pups excited to go out and play. 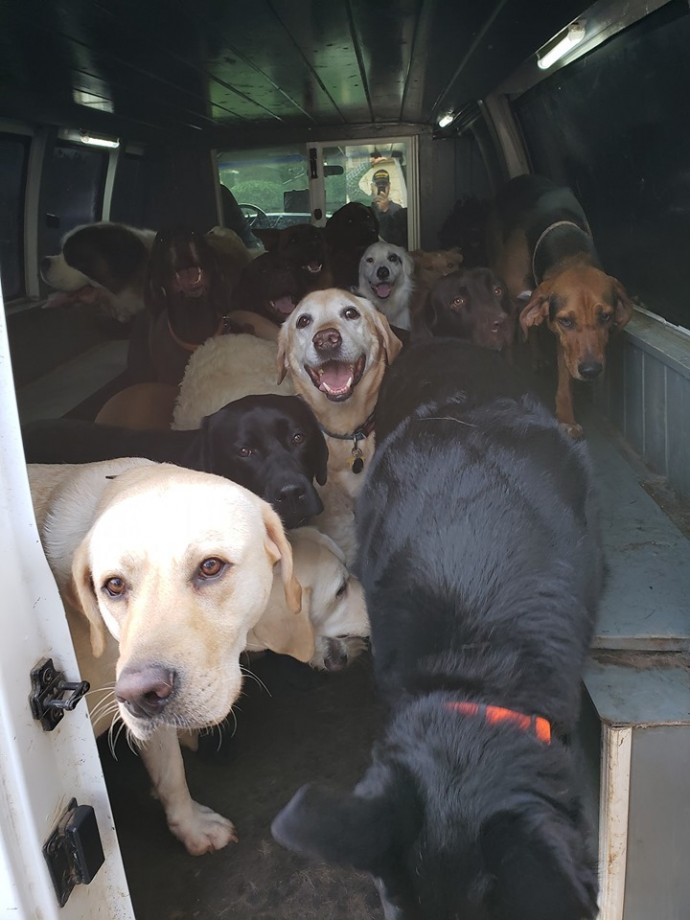 He brings them to a 5-acre fenced lot where they play and socialize with the others. The dogs get excited whenever they see the school bus. Some don’t even need to be told to go out, they immediately run out and board the bus themselves! 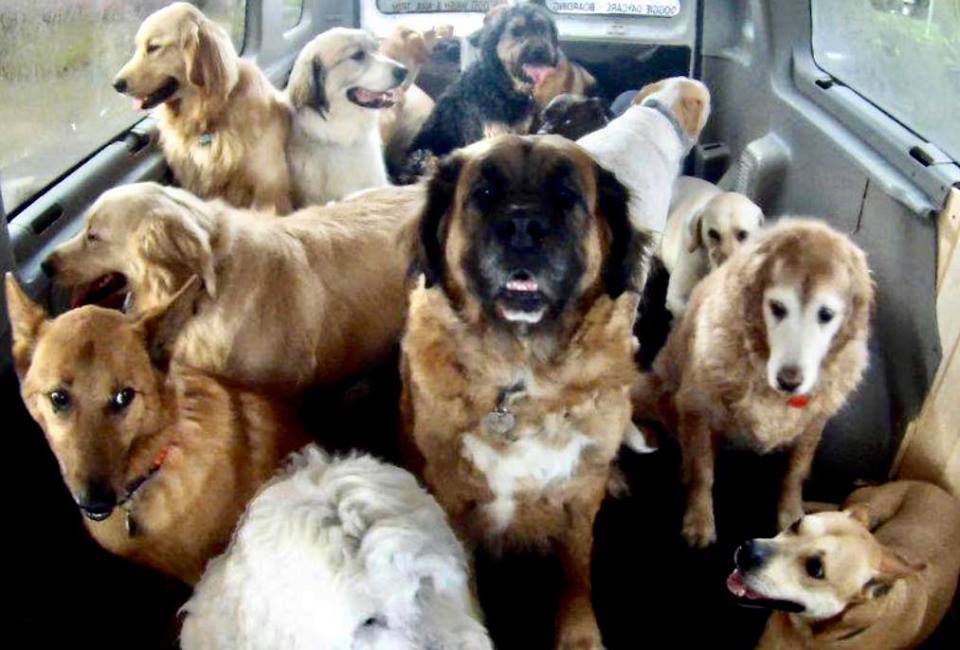 The dogs run around and play with the other dogs while Montoya dog-sits them. 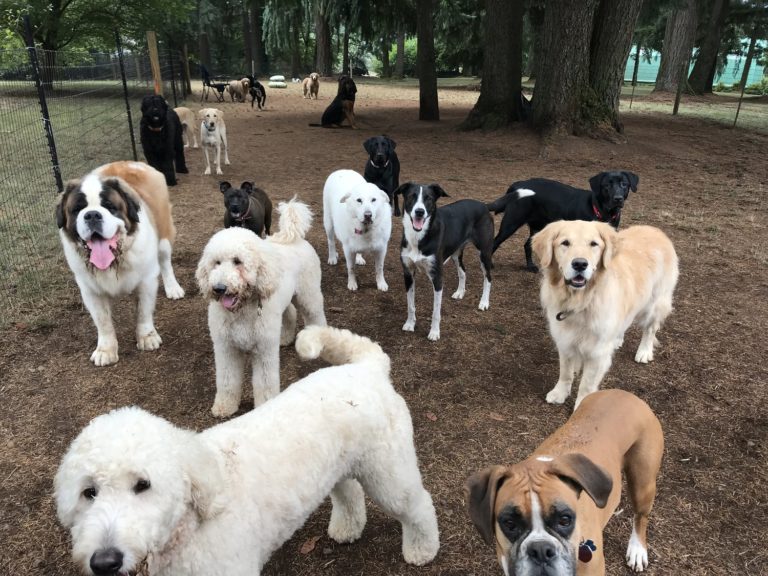 Montoya loves what he does, which makes it easier for him to do his work properly. 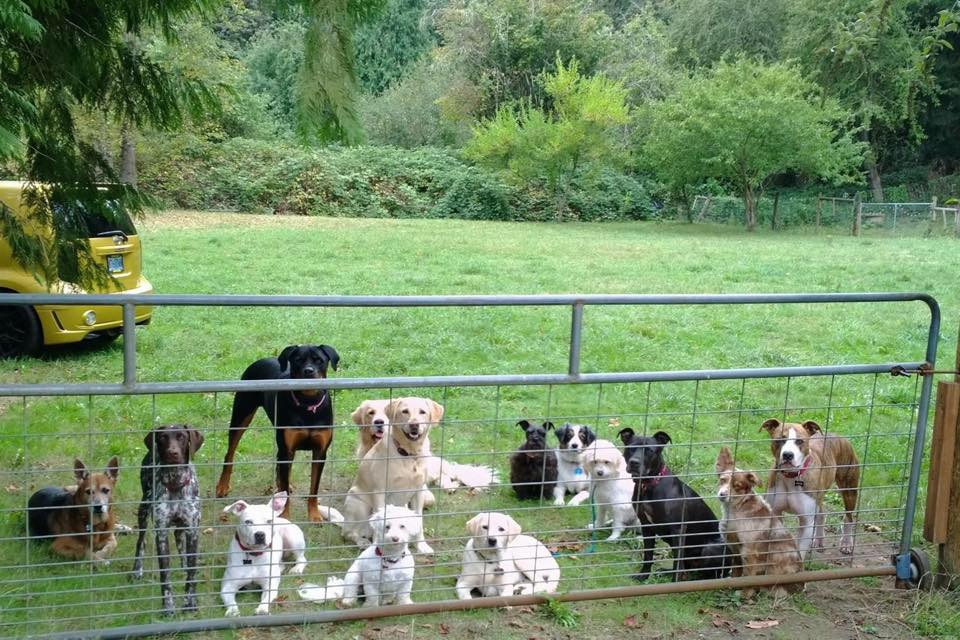 He manages an average of 20 dogs each day. All kinds of sizes and dog breeds. On a busy day, the number can reach up to 35. 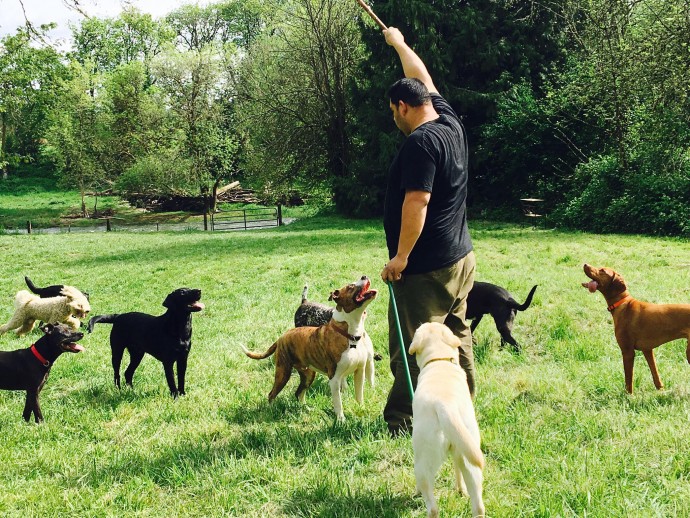 He knows all of the dogs names and can identify them by their bark. He has built a trust relationship with them, and they listen to his every instruction.

Although instructing them can take all day, repeating himself constantly, Montoya is the happiest person in the world. 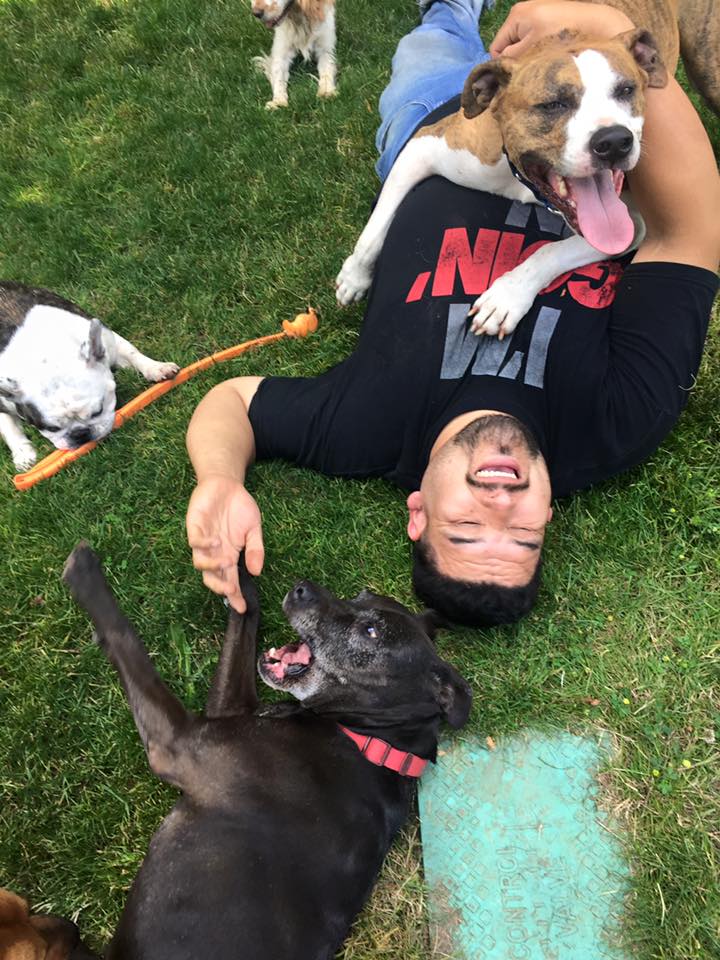 At 2 PM, Montoya drives the happy doggos back home. 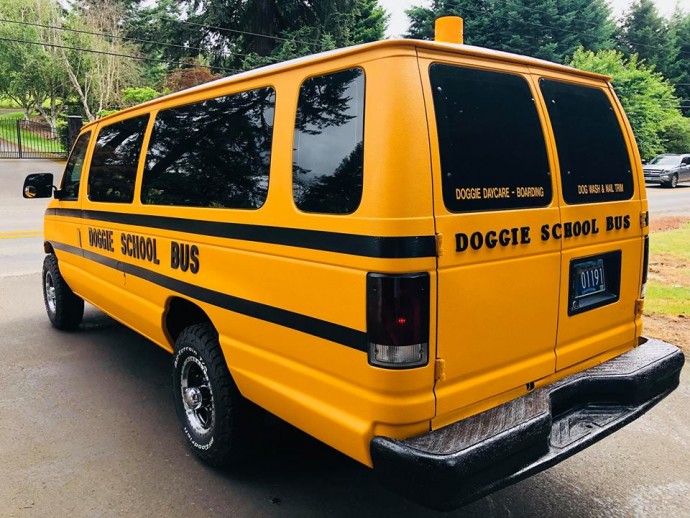 The Doggie School Bus has grown and expanded in the past three years, and they now have 300 clients. One of Montoya’s clients was able to record a video of their dog bolting out the door and running towards the bus excitedly. 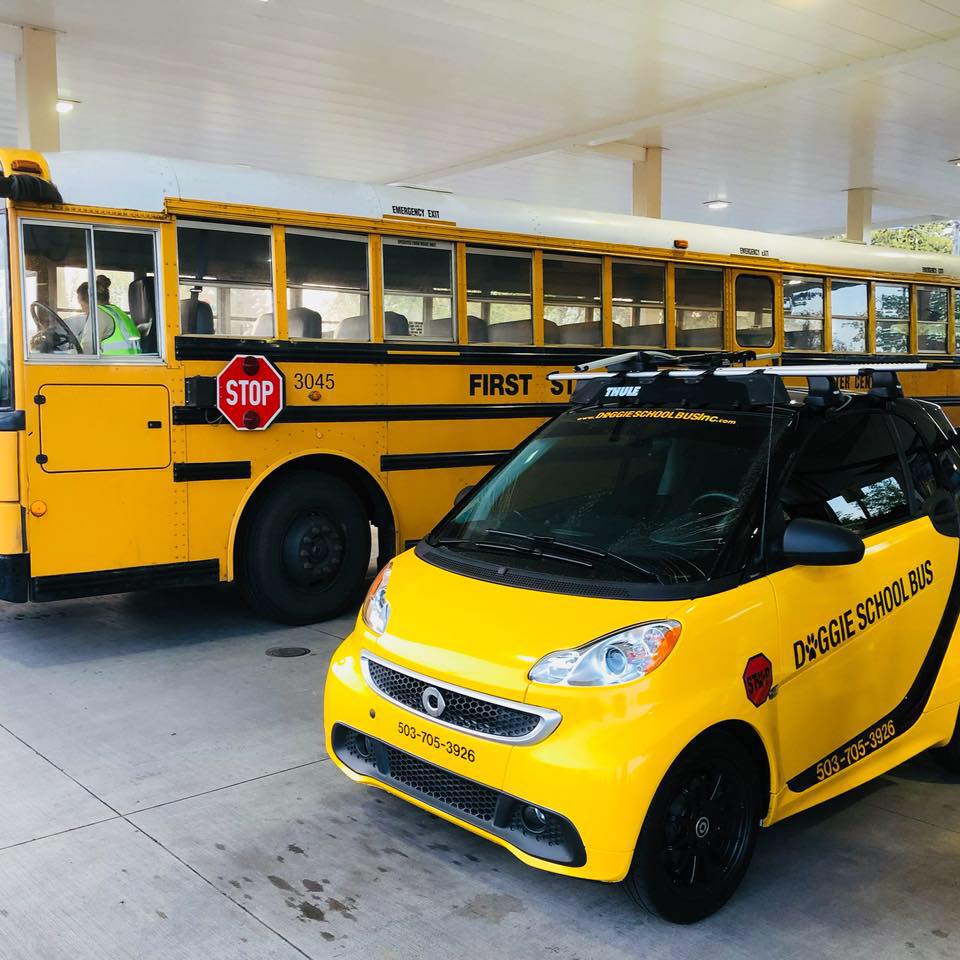 Check out this video to find out more about Arat Montoya’s Doggie School Bus!