Who’s a good girl? It’s Meeka and she has an entire wall full of awards to prove it!
Michael Reeg, District Sales Manager for Accuride International Inc., recently transitioned to a home-based job, which means he gets more time to spend with his family and his dogs, Meeka and Kya. Working remotely has its ups and downs. More time to spend with family but motivating yourself to finish your tasks can be challenging, and Meeka helps Michael a lot in that department. Whenever Michael gets stuck with an idea, he discusses it with Meeka, and although he doesn’t get every sales jargon Michael talks about, she has always listened enthusiastically.
“There are times that I’ll even talk to her as I work through a problem or map out a customer solution. I try out my sales pitches and presentations on her. She’s not easily impressed or swayed. All she hears is ‘blah, blah, blah, Meeka’ — but she likes to hear my voice and I love that she pays attention.” Reeg said in an interview with The Dodo.
Kya, on the other hand, doesn’t have that much interest in working, and sleeps most of the time, which leaves Michael and Meeka with more bonding time together. Meeka, being the more devoted one, comes up to the office even on days off or when Michael is on leave. That devotion definitely deserves an award, and that’s why Michael honored her with the “Employee Of The Quarter” title for every single quarter since early 2016. And she continued to outperform day after day. Dogs are the best workmates!

This is Michael Reeg and his dog, Meeka, the dog employee of the year. 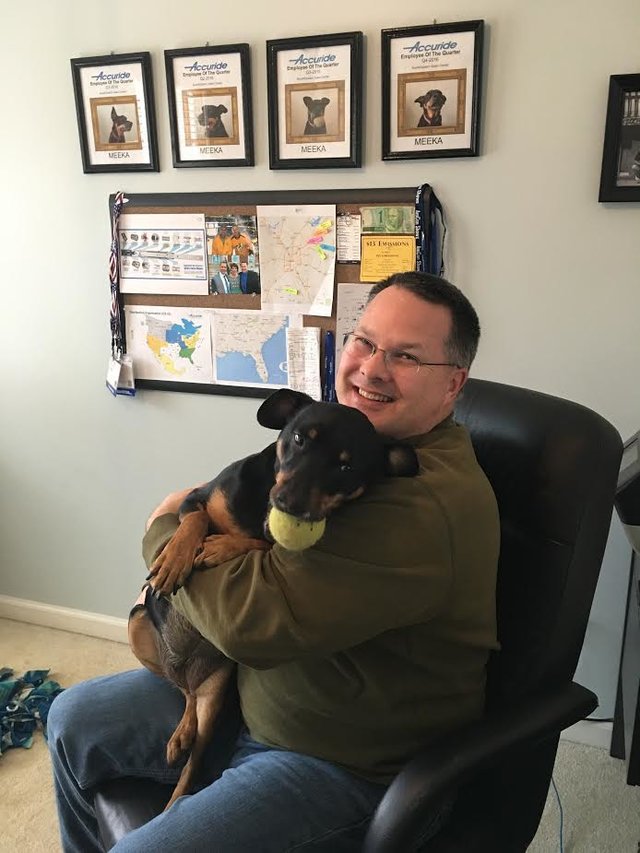 Meeka is Accuride’s most hardworking doggo and these awards prove just that! 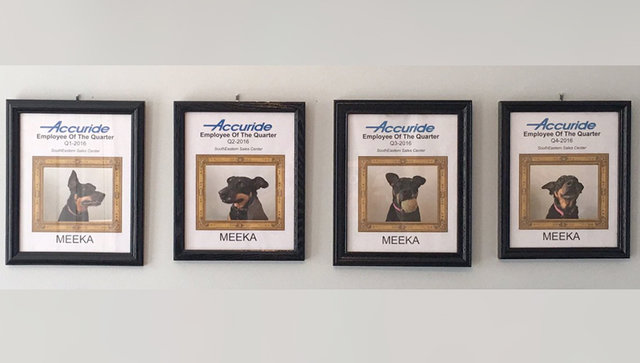 Michael Reeg works at home and like all of those who do, looking forward to each work day requires lots of effort. It is quite challenging. The bed and the office are just one or two rooms away! 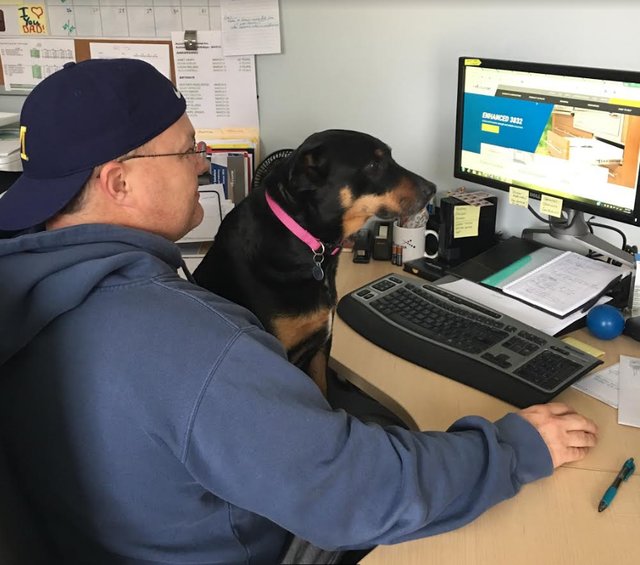 Fortunately, he’s got Meeka and Kya to keep him company. 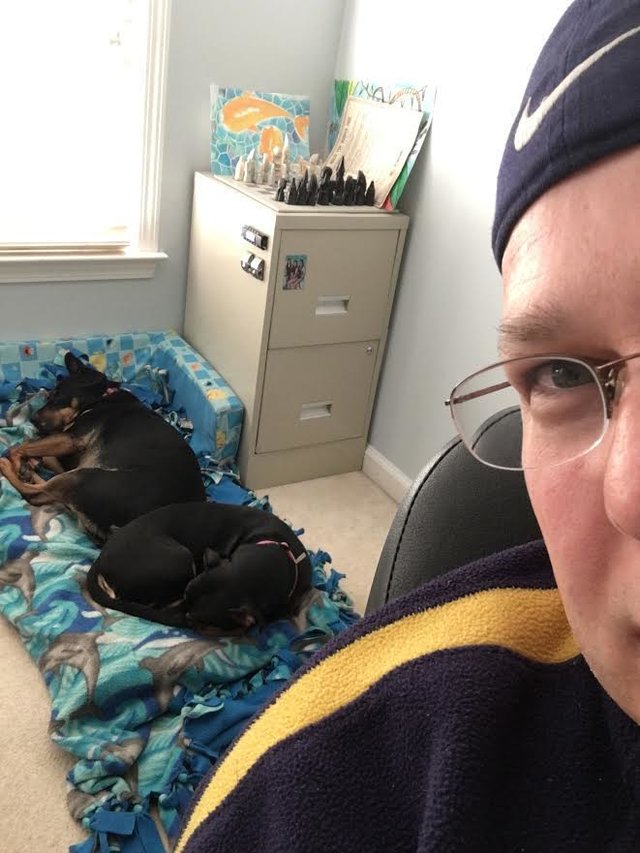 Kya is Michael’s wife’s dog. She isn’t much interested in working, so it’s just Michael and Meeka bonding/working together for most of the day. 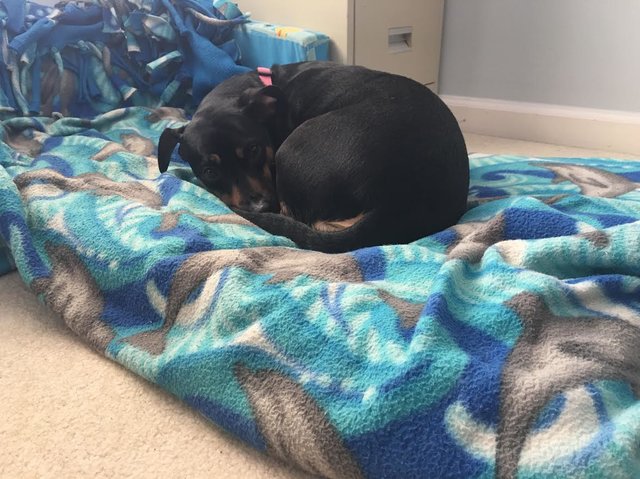 Michael says Meeka helps a lot during their brainstorming sessions. 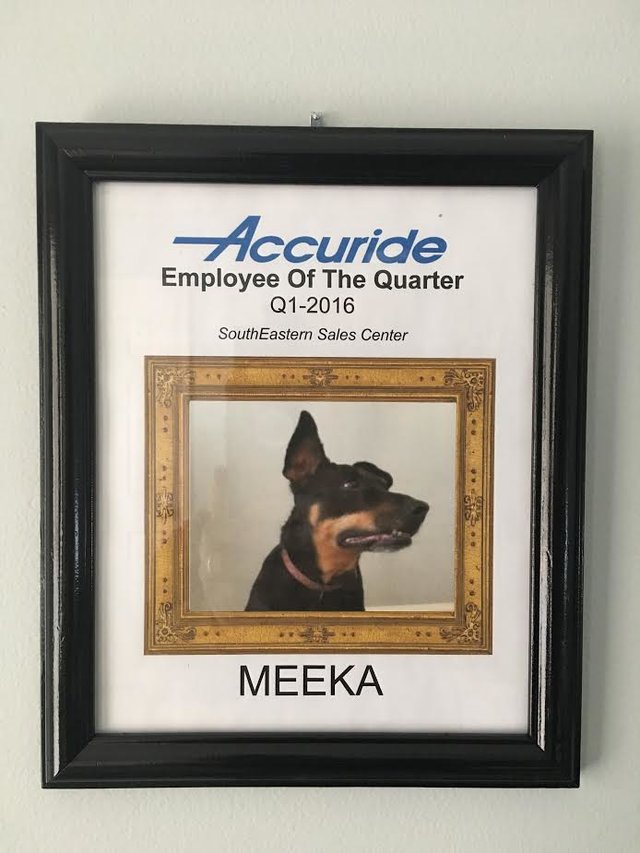 She also listens whenever Michael practices his sales pitch or presentation. 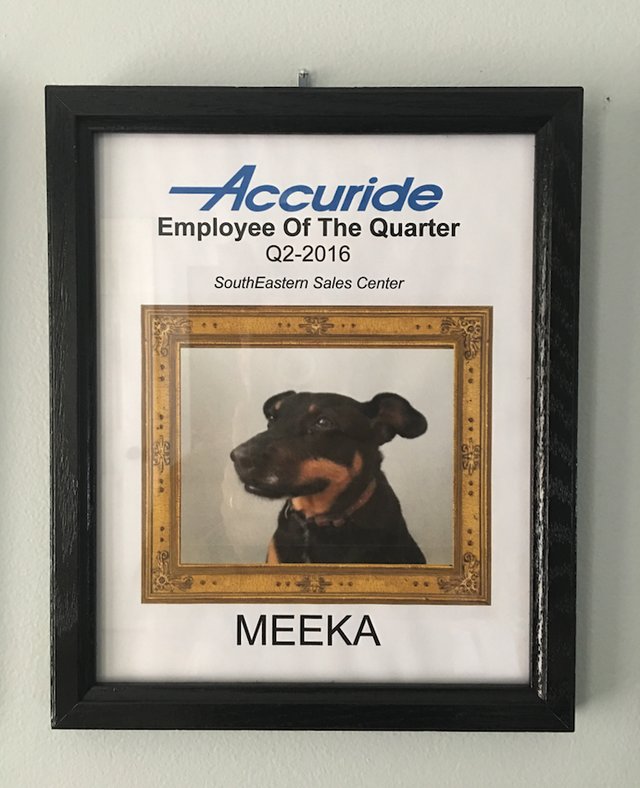 Even on days off or when Michael is on a trip, Meeka always shows up at the office and waits on the door all day. 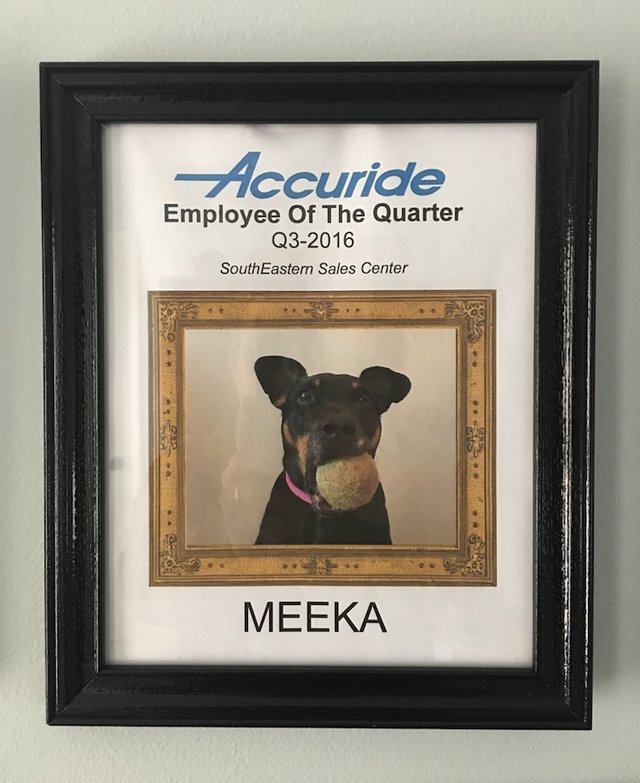 Madison, Michael’s daughter, didn’t find it surprising that Meeka won as employee of of the quarter for four quarters straight.

Meeka is very loyal to my dad and his (their) work,” Madison, Reeg’s daughter,  said in the  article in The Dodo. “I just thought it was hilarious,” she added, referring to Meeka’s awards on the wall. 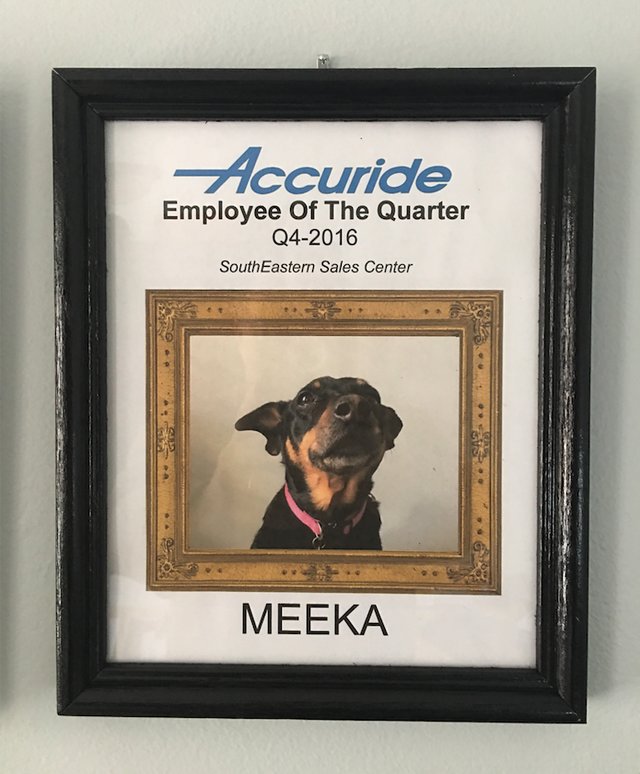 Dogs are the best co-workers, don’t you agree? 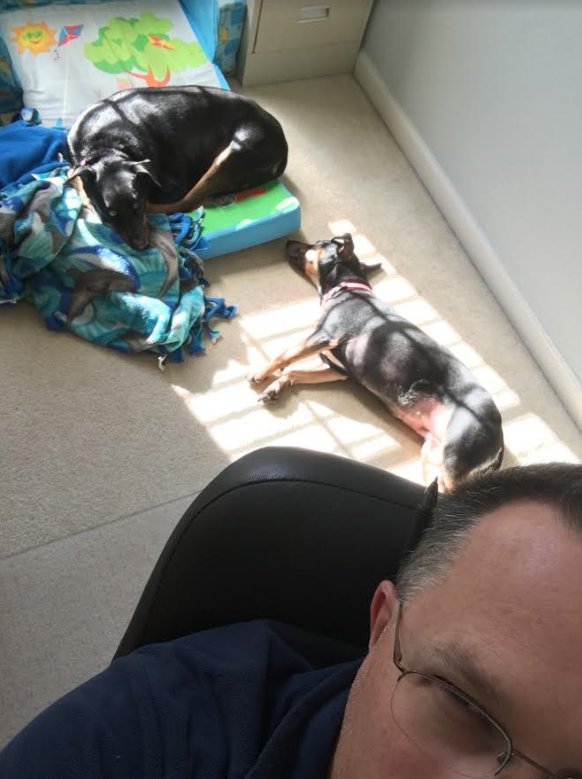