The camp fire that took place in Northern California last November was the deadliest wildfire ever recorded in the history of the state. The devastation brought about nearly 19,000 buildings destroyed, 85 confirmed deaths, and pets who were separated from their owners, one of them being Madison, an Anatolian Shepherd owned by 75-year-old Andrea Gaylord.
Andrea only had a few minutes to exit the premises when the wildfire rapidly spread across the town of Paradise, forcing her to leave her dogs, Madison and his brother Miguel, who were nowhere to be found during that crucial moment, behind. Worried about them, in the following days she contacted animal rescuer Shayla Sullivan to find them.
Luckily, they were able to rescue Miguel and brought him to the shelter where he was reunited with his owners. Madison, on the other hand, remained missing, but they never lost hope. They regularly left food and water around the premises because they believed Madison was just nearby.
On the third day of the search, Madison was finally spotted, however, he was unwilling to leave the site where their house once stood, and remained there for almost a month. When Andrea was finally allowed to visit what was left of her home, a few minutes after she arrived to the location, Madison came out of hideout, happily wagging his tail as he approached his owner. The family was finally reunited, and Madison’s miracle survival remained a mystery.
(h/t: huffpost)

Meet Madison, the loyal dog who stayed true to his calling of being a guard dog, even in the midst of a wildfire and through the storms. 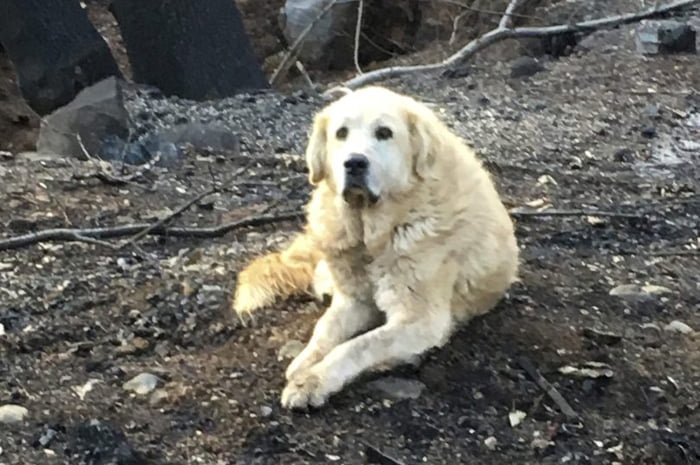 When K9 Paw Print Rescue posted about Madison and Andrea’s Reunion on Facebook, the internet couldn’t help but be in awe of such a miracle.

During the first few days of searching, Madison still couldn’t be found, but animal rescuer Shayla Sullivan knew that he was just nearby, since someone had been eating the food she regularly left out.

Finally, on the 3rd day, Shayla spotted Madison down the canyon, but he wasn’t willing to move. Guarding the site of their burned down house was truly a serious business for him.

Immediately after being allowed to visit the ruins left by the wildfire, Andrea went to their house’s site, and it took only a few minutes for Madison to show up. That was the only time Madison came out of hiding, and he was certainly happy to see his owner, wagging his tail while approaching Andrea.

During their reunion, Andrea couldn’t help but shed tears of joy seeing Madison alive and safe.

Now, Andrea, Madison, and his brother Miguel, who was depressed the whole time they were separated, are wearing the biggest smiles, knowing that they are all safe and sound in each other’s company. 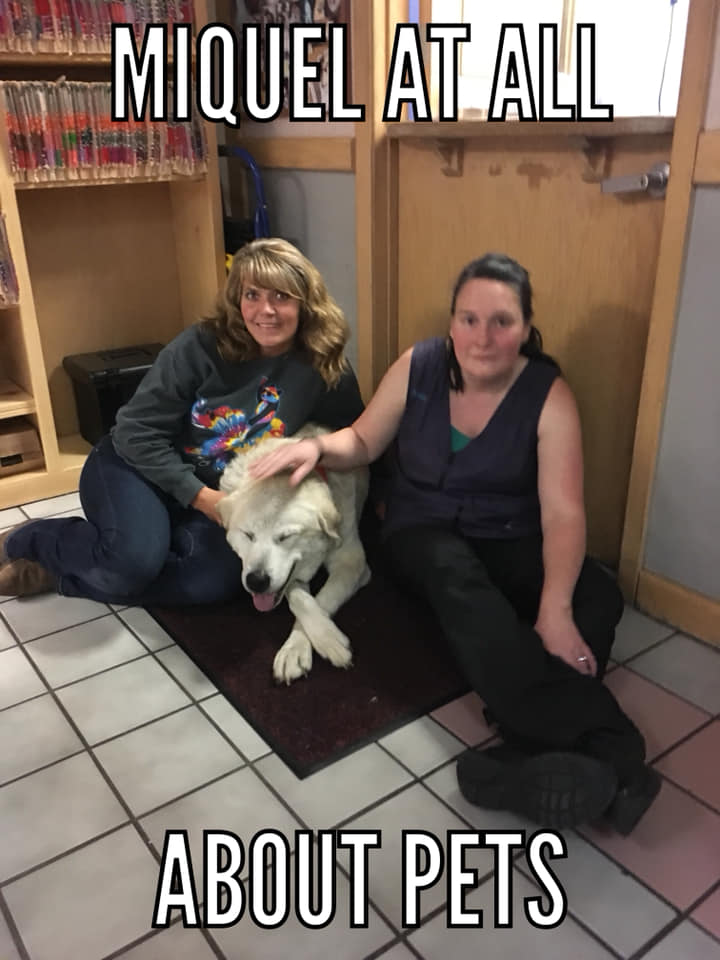 How Madison survived the fire and the storm that followed remains a mystery. However, what we know right now is that Madison has proved to be the best Anatolian Shepherd in town, loyal, smart and worthy of all the love and care he could get. Watch the family’s reunion in the video below.