There’s no greater pain than losing the ones you love. Studies have shown that emotional pain hurts more than physical pain. And this is not only true for humans, it’s also true for animals. When depression hits, it can be hard to find hope. But with loving family and friends, hope is never lost, and Daisy’s story is a testament to that truth.
Daisy was a vibrant dog who lived in a barn with her owner, Jessica Woodruff, and a few other lovely animals. She had just given birth to seven puppies and was just experiencing the joy of motherhood. But her joy was cut short by a horrible tragedy. The barn where Daisy, her pups and all the animals lived, accidentally caught fire from a heat lamp. 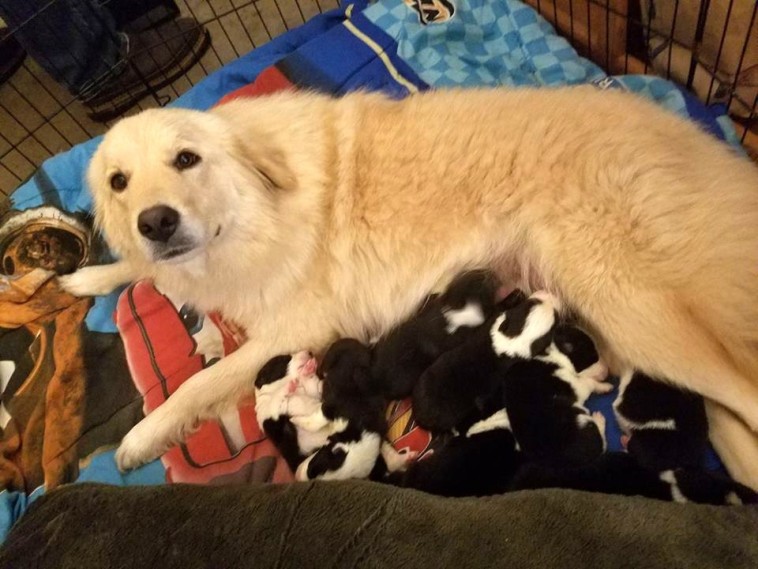 Fortunately, Daisy wasn’t in the barn when the fire broke out, but her seven three-week-old pups, along with four goats and one pig, weren’t so lucky. Daisy even tried to run into the fire to save her pups from the burning barn. But Jessica, not wanting to lose Daisy too, held her back when she saw how fast the fire was swallowing the barn.
Within minutes, the fire turned the barn into ashes. The fire didn’t spare anything, including Jessica and Daisy’s hearts. They were left heartbroken by this tragedy, especially Daisy. She would repeatedly walk over the burnt down barn and cry for her puppies. Seeing such a vibrant dog plunge into depression broke Jessica’s heart. She knew that if this went further, it wouldn’t be long until she lost Daisy too.

Thankfully, Jessica’s sister went on Facebook to look for orphan puppies they could foster. To their pleasant surprise, they met Lorna Murphy and her eight puppies. Lorna’s dog Chloe died after giving birth to the puppies, leaving Lorna with eight orphaned pups. 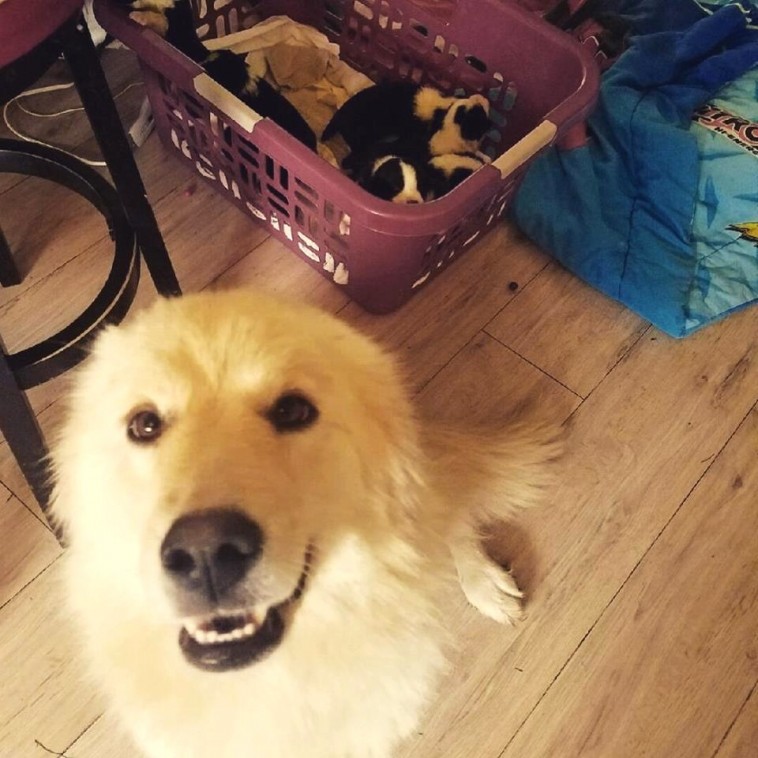 Jessica quickly met with Lorna and immediately arranged a time and place where Daisy could meet the orphaned puppies. As soon as she saw the puppies, she immediately treated them as her own and started feeding them.
For several weeks, Daisy took care of the orphaned puppies until they were weaned. Daisy and the eight puppies had their hearts broken from tragic losses, but together, they helped heal one another. Their story is a reminder that it doesn’t matter how horrible the storm may be, you just need to keep holding on because the sun will shine again, and it will shine brighter than ever. 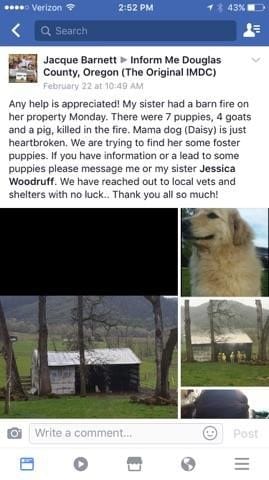 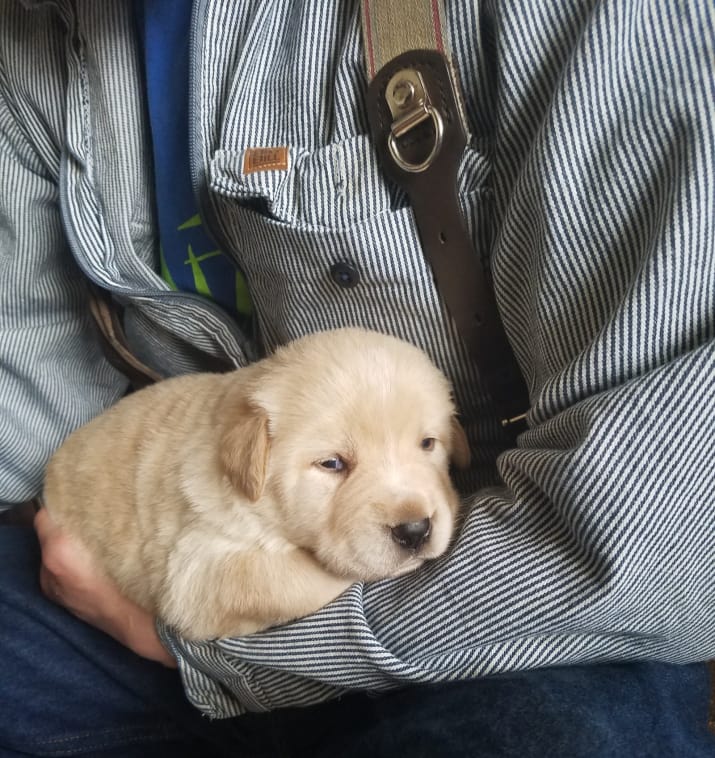 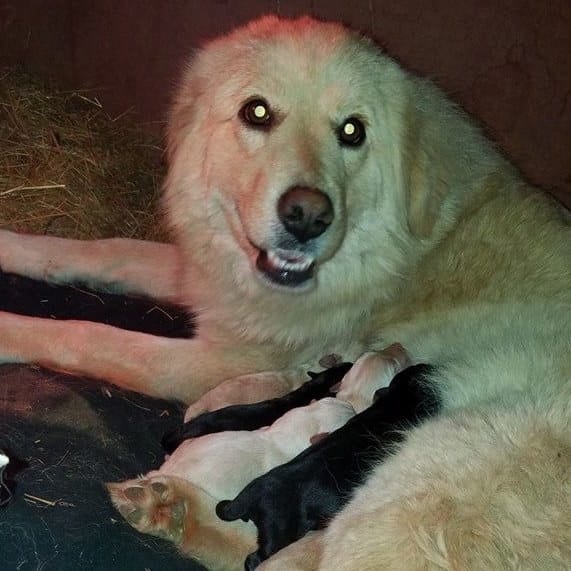 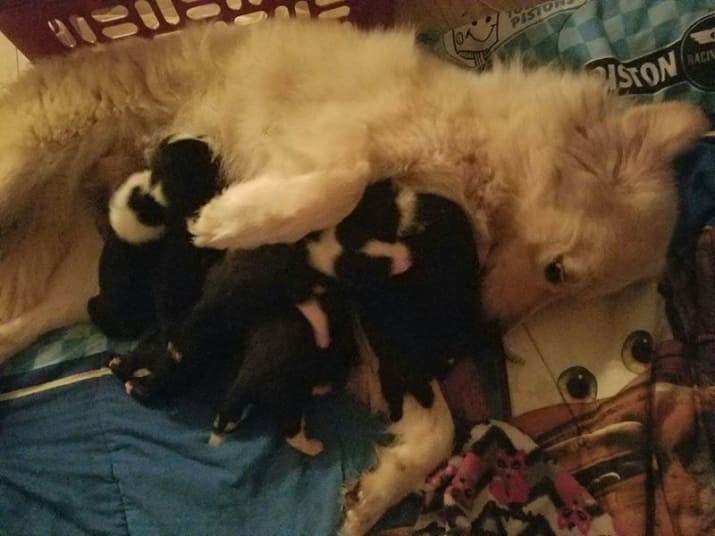 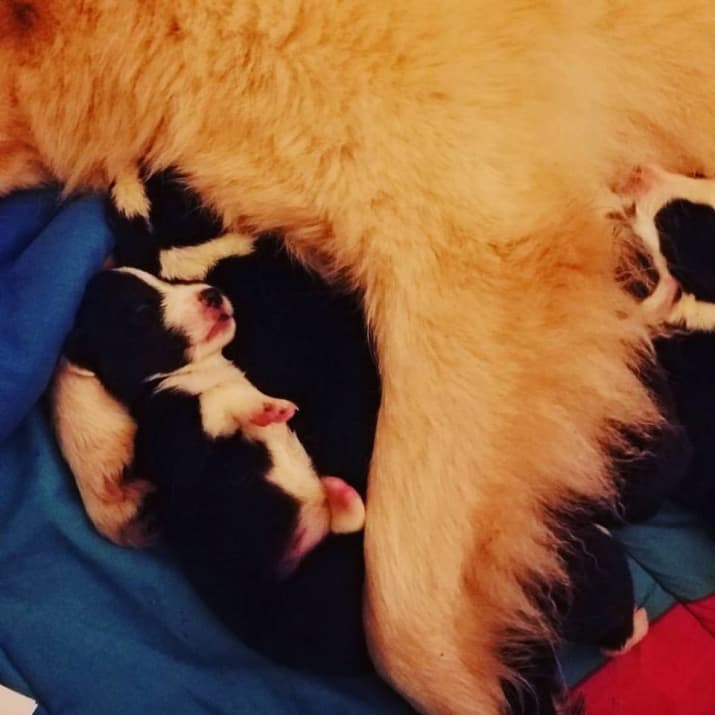