Beaux Tox is a Labrador Retriever unique in his look. He has a wrinkled forehead that makes him look like he’s perpetually concerned about something, and he was neglected by many just because of this flaw. His condition was caused by being squashed in his mother’s womb while sharing space with five other siblings. Apart from this peculiar characteristic, Beaux is just like any other dog, and his head deformity didn’t affect his intelligence or life expectancy, as an MRI confirmed. He definitely has so much to offer, if only people gave him a chance.
When he was a puppy his breeders gave him away for free, because they weren’t able to sell him, and the man who adopted him confined Beaux in the backyard after he found out the dog didn’t get along with his cats. During the 5 years with that man, who left him in a very malnourished state. During that time, the man tried to get rid of Beaux, and local rescue groups tried to find him a forever home, but he was given up again and again, always being returned to the man’s backyard.
Thankfully, things didn’t stay that way for Beaux because Jamie Hulit was sent from above to give Beaux another chance. Jamie knew what it was like to be in foster care as she once went through it when she was 9 years old. That’s why she decided to adopt Beaux, and with the help of Dr. Jay Rydberg, Beaux was back in shape. Take a look at Beaux’s story below and follow him on Instagram to keep up with his new life.
(h/t: thedodo)

Meet Beaux Tox, a Labrador Retriever with a wrinkled forehead that makes him look like he’s perpetually concerned about something. 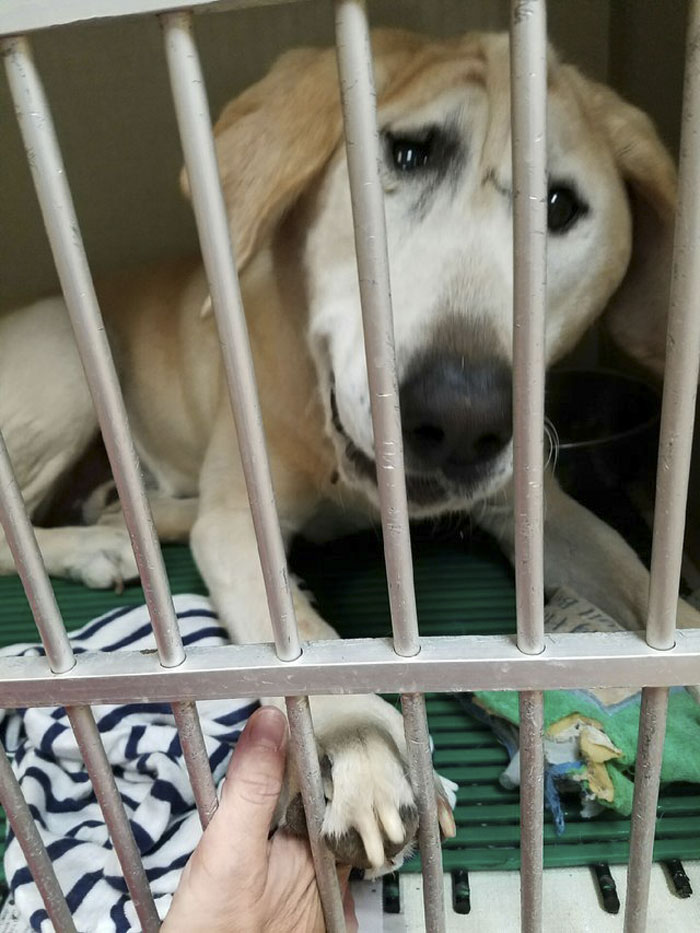 This condition was caused by being squashed in his mother’s womb while sharing space with five other siblings. 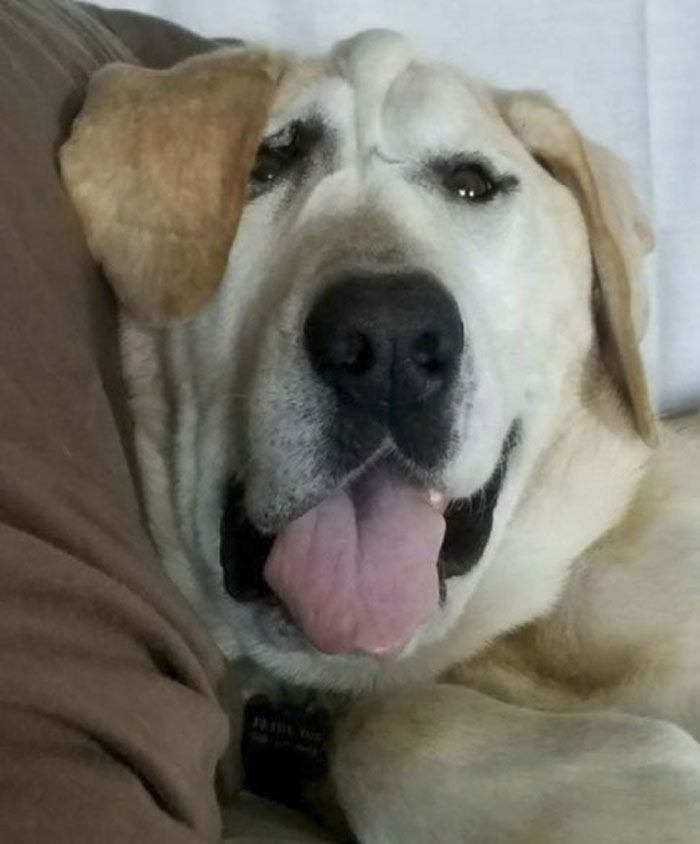 Beaux may not have the most desirable outward appearance, but he has a bright personality. 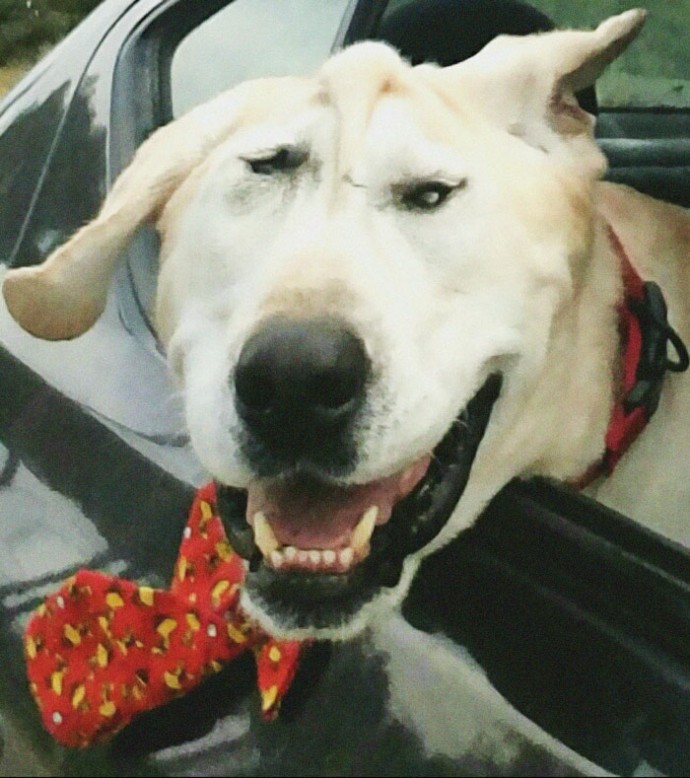 “Because of his facial deformity, the people who were breeding couldn’t sell him”, Jamie told The Dodo. 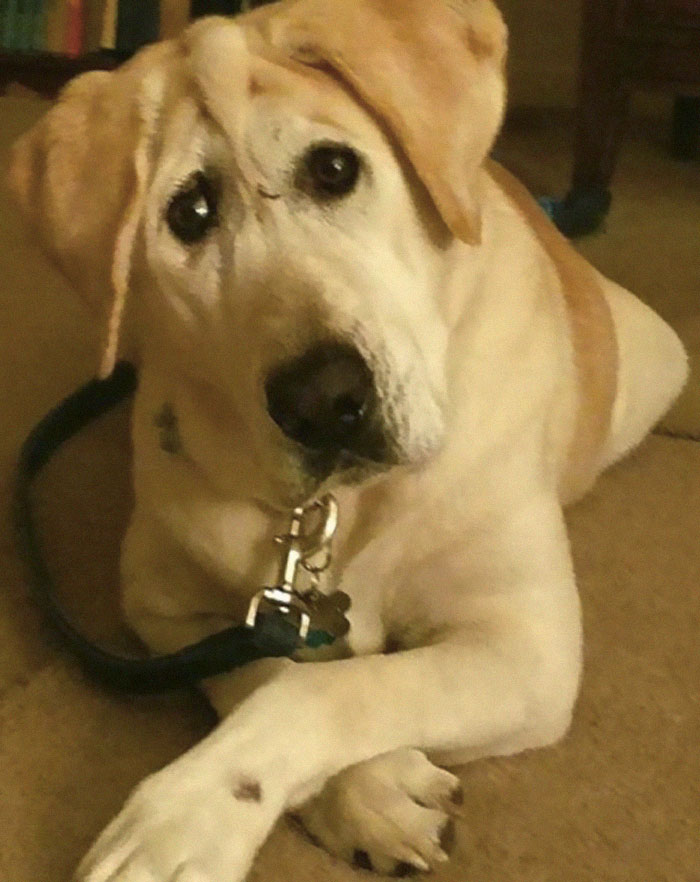 Beaux was given away to a man with whom he suffered being left alone outside for 5 years, just because Beaux didn’t get along with the man’s cats. 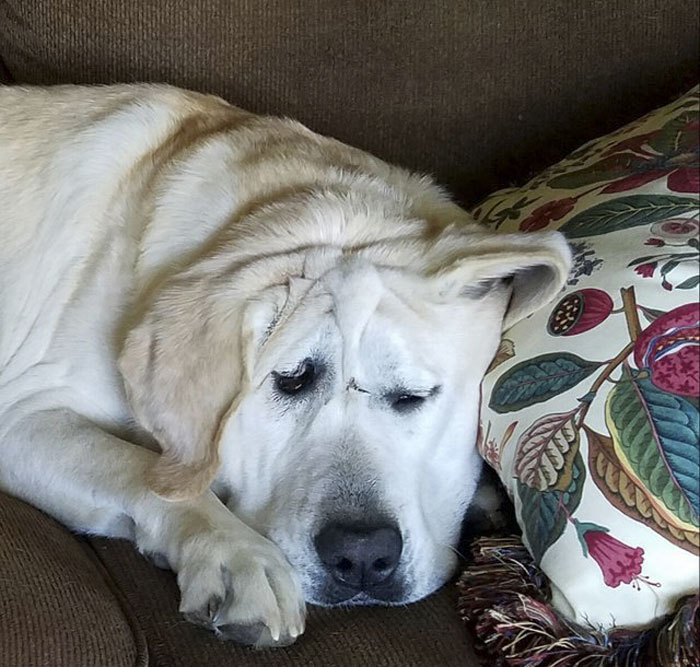 Beaux became terribly sick and malnourished, and during that time, he went back and forth from local shelters, with rescuers trying to find him a new home, but he was given-up again and again. 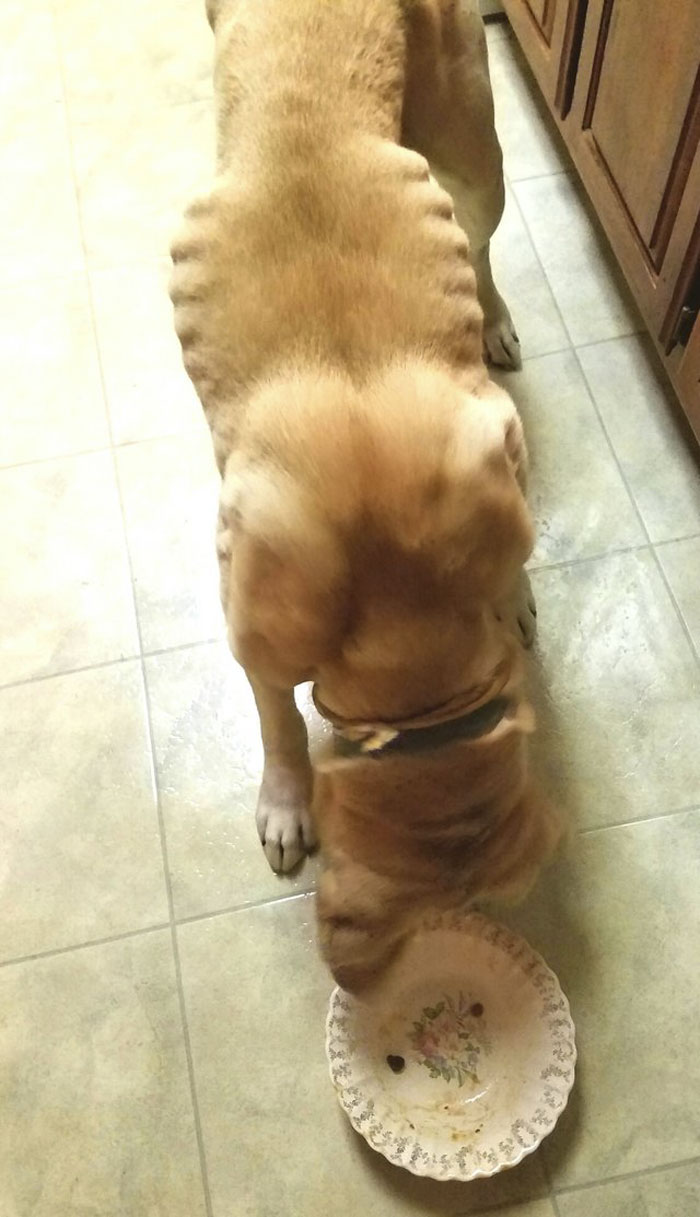 Luckily, things changed for Beaux when he met a good-hearted woman named Jamie. 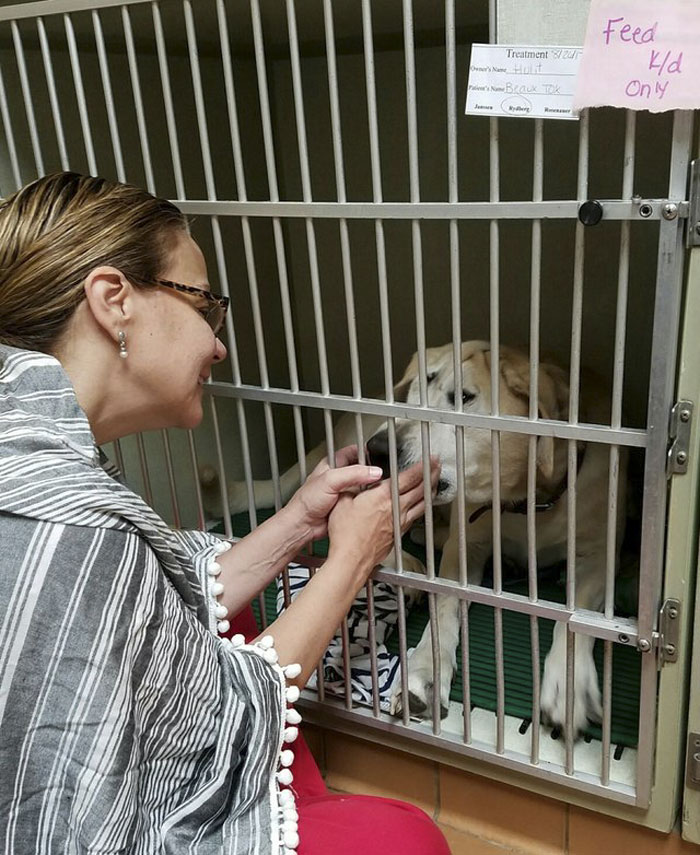 Jamie was truly sent from above, and is here to give Beaux another shot at life. 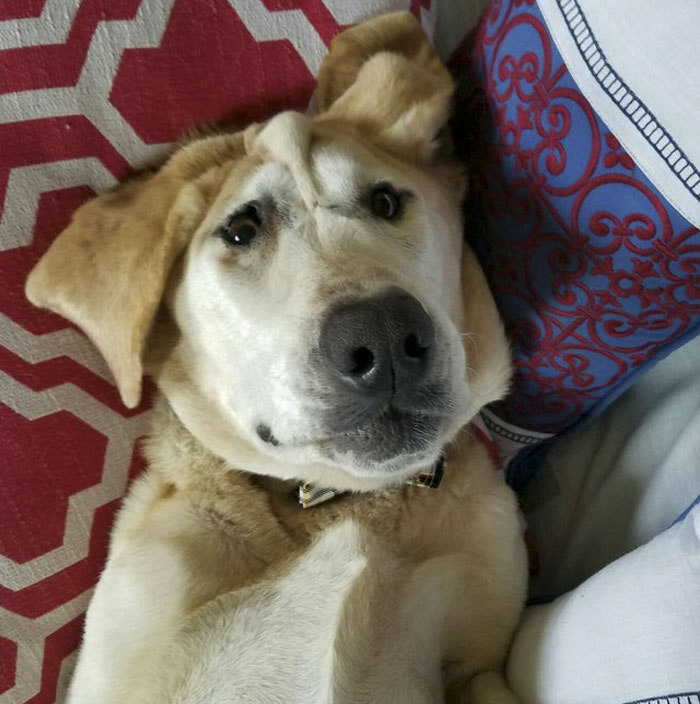 Jamie knew what it was like to be in foster care because she’s gone through it as a child. So she decided to adopt Beaux, and helped him get back up on his feet again. 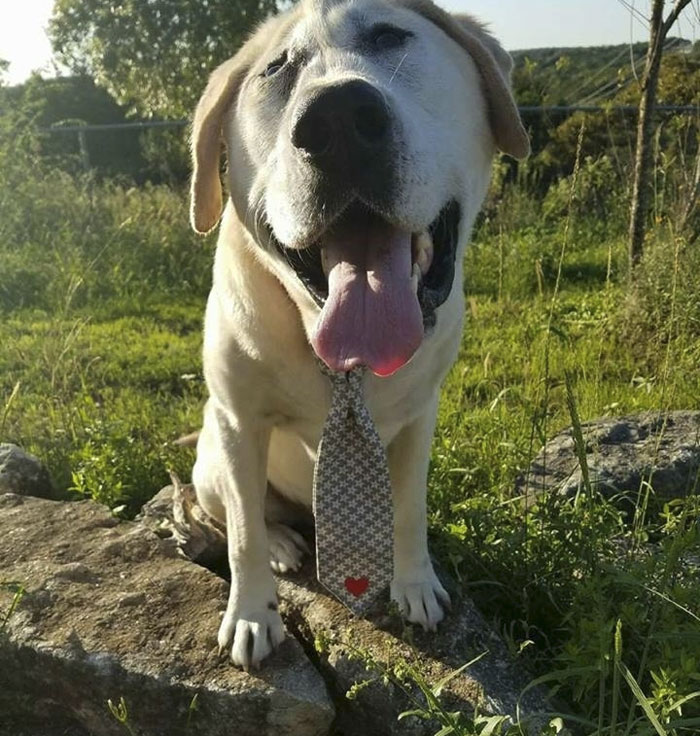 “I didn’t care how badly he might be ill,” she told the Dodo. “I just didn’t want him to go into the foster system again and be returned.” 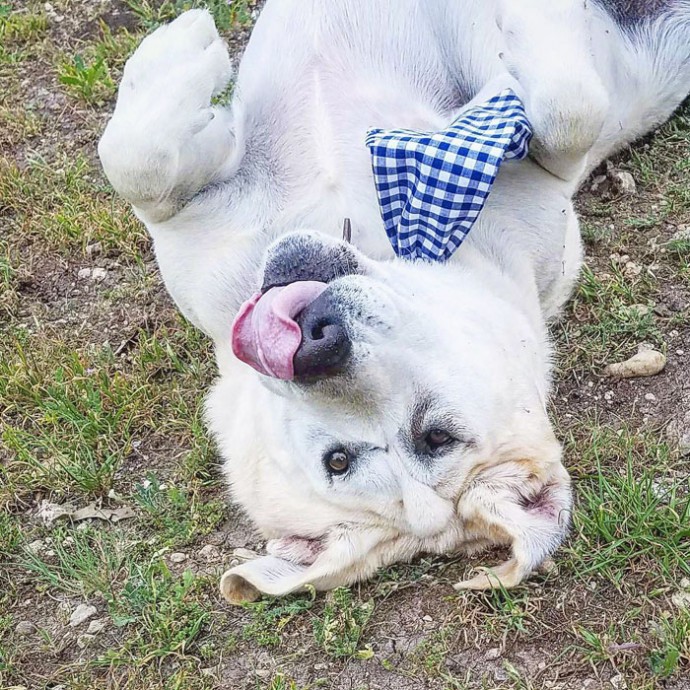 “I wanted him to have stability and a place he knew was his home. That is why I adopted him outright from the owner. Beaux Tox had already bounced around and I just wanted him to be a dog.”. 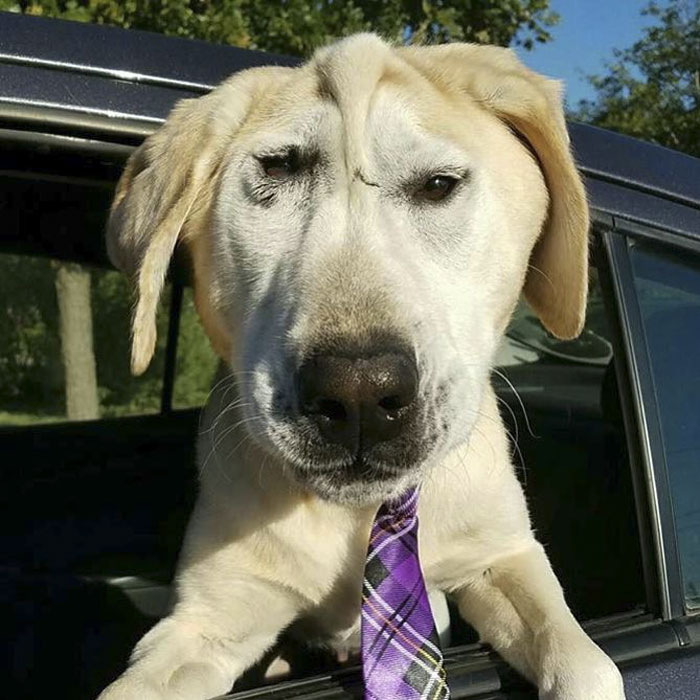