Alfredo and Pic share a magical bond that only ever exists between parents and their children.

At first glance that might surprise some people, as Alfredo is a cat and Picasso (“Pic” for short) is a pup, but Alfredo has been Pic’s adoptive parent since Pic was just a tiny little puppy.

Alfredo’s love for his canine daughter is just as strong as if he’d been her biological dad, and the pair have developed the cutest little night-time routine. 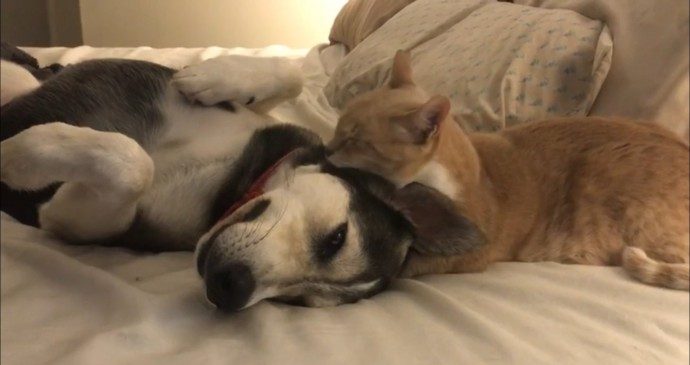 Pic loves being groomed by Alfredo and is instantly relaxed by the comforting treatment. 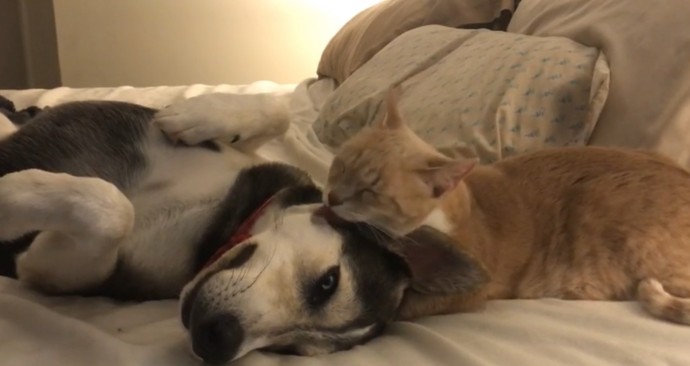 Pic is half husky and half labrador and Alfredo has been looking after her since she was just eight weeks old.

Now, the energetic and affectionate pup is several times his size, but to Alfredo, she will always be his little girl. 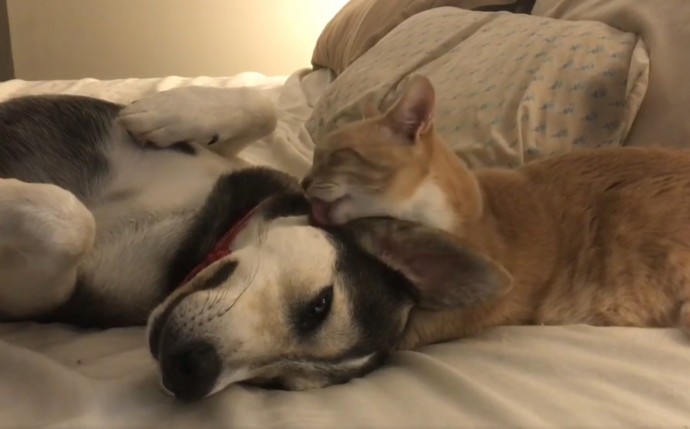 The adorable pair recently went viral after their human, Reddit-user Joeymonac0, posted a video of their sweet night-time routine on Reddit.

In the video, Alfredo is seen lovingly grooming Pic while Pic is seemingly so relaxed that she can barely keep her eyes open.

Alfredo (cat) raised Pic (dog) from she she was just 8 weeks old. They do this every night before bed. from aww

People can barely believe how incredibly cute and precious the mismatched father-daughter duo is.