A Russian man demonstrated a level of compassion and decency that we wish all humans would live up to, when he stopped on a busy road to save the life of a poor, defenceless kitten.

In a nerve-wracking CCTV video, a tiny kitten is seen lying in the middle of a busy road, narrowly avoiding death time and time again as multiple vehicles pass by without stopping to get the kitten out of harm’s way. 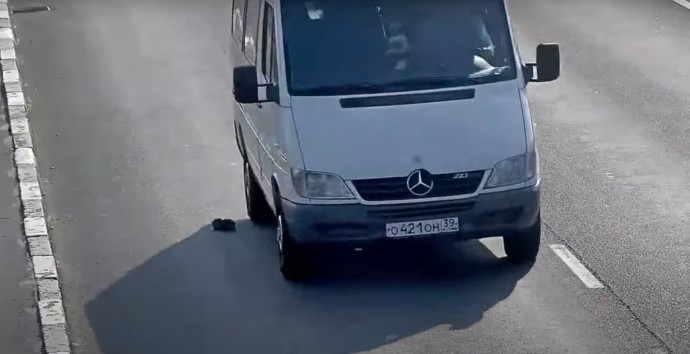 At multiple times in the video, cars and trucks drive over the kitten – who’s luckily left unharmed by ending up between the wheels rather than under them.

Some cars swerve around the kitten, but they still leave the kitten dangerously close to being hit.

Our hearts were in our throats the entire time we watched the cars rush by. 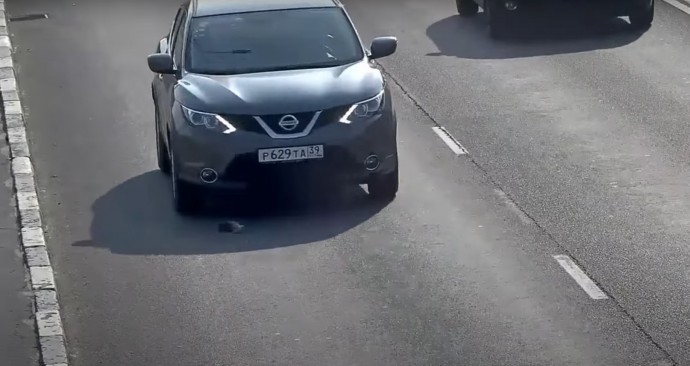 Although it’s clear that the drivers notice the tiny cat on the road, nobody makes any attempt to stop and save its life.

Instead, the steady stream of traffic continues completely uninterrupted while the poor, terrified kitten tries to make it to the side of the road. 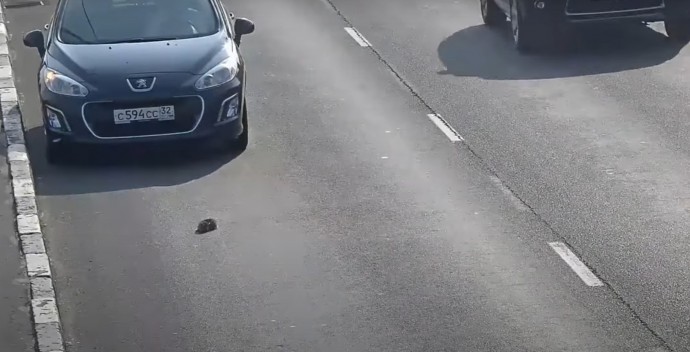 But then, a car finally stops.

A man steps out of the car and does what no one else has had the heart to do; leaves his car and walks over to save the kitten.

The man is seen picking the scared kitten up off the road and then carries it back with him to his car.

He gets back in the car, kitten still safely clutched against his chest, and drives off. 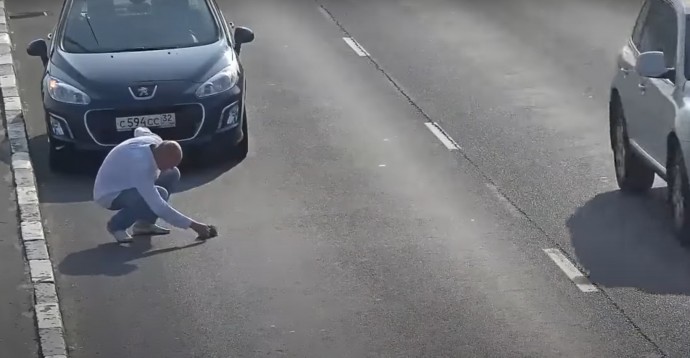 That man has now been identified as Denis Degtyarev, and in a statement to a Russian newspaper, he revealed that the kitten was so tiny that it was not yet able to eat by itself.

He also revealed the happy news that he had helped find the kitten a suitable home with the help of his local community.

We’re so happy that the kitten was saved and that it has found a home where it will be safe, loved and cared for.

Degtyarev is a true hero and we hope that his important display of compassion will influence others to actually act when they see someone in distress.

Online, people are incredibly grateful that the kitten’s life was spared, and praise Degtyarev for his effort.