Animals need love and attention, need a warm home and somebody taking care of them. Unfortunately, not all the animals are lucky enough to find a loving human to give them what they need and deserve, and they are often subject to unbelievable torture.

After a day of work a man spotted a weird white box almost entirely covered in snow. It was very cold but the man decided to approach the box and take a look.
Inside it he found something that left him without words, but he knew he had to do something about it.

Here is the box, almost entirely covered in snow. 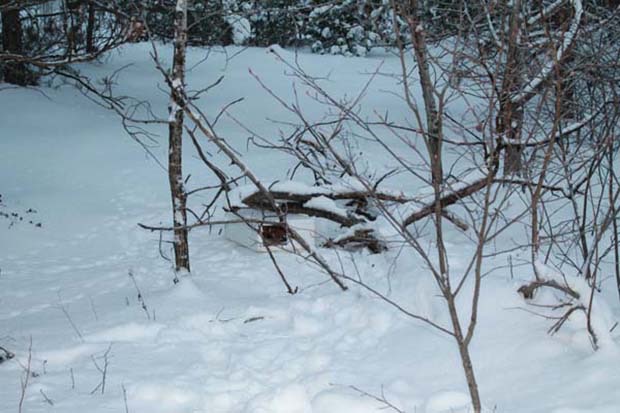 The man It has been miraculously spotted by a man. 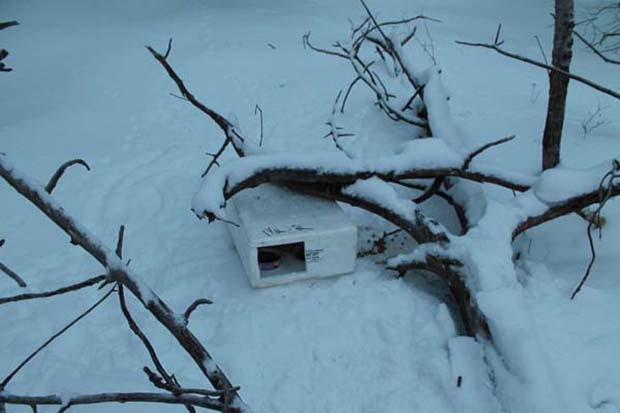 Inside it, he found a tiny kitten, sick and cold. 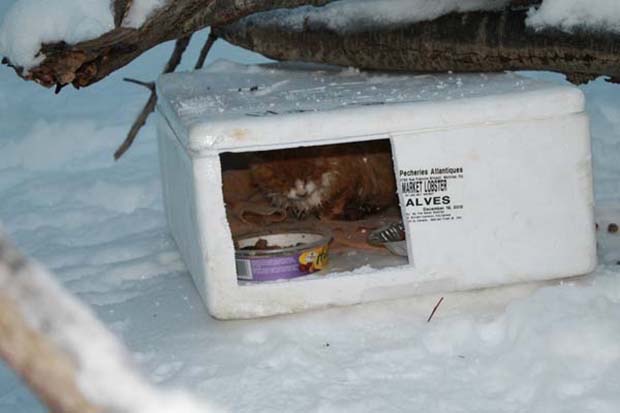 At a second glance, he realized there was another kitten in there. 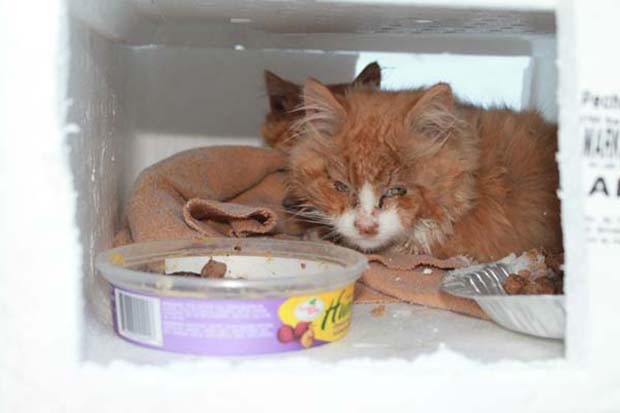 No homes, shelter or food could be found near that place. 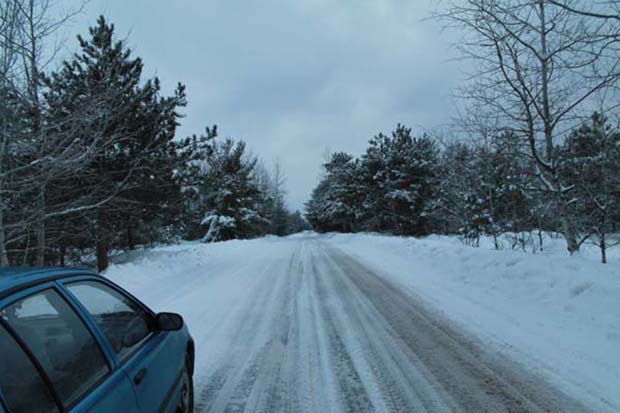 A sad fate was waiting for the kittens. 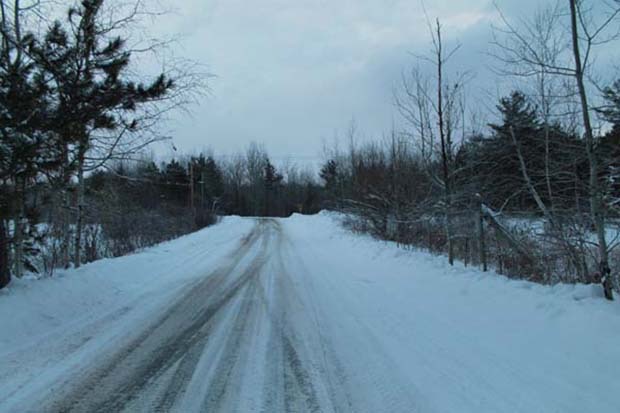 But fortunately this man saved them and brought them home with him. 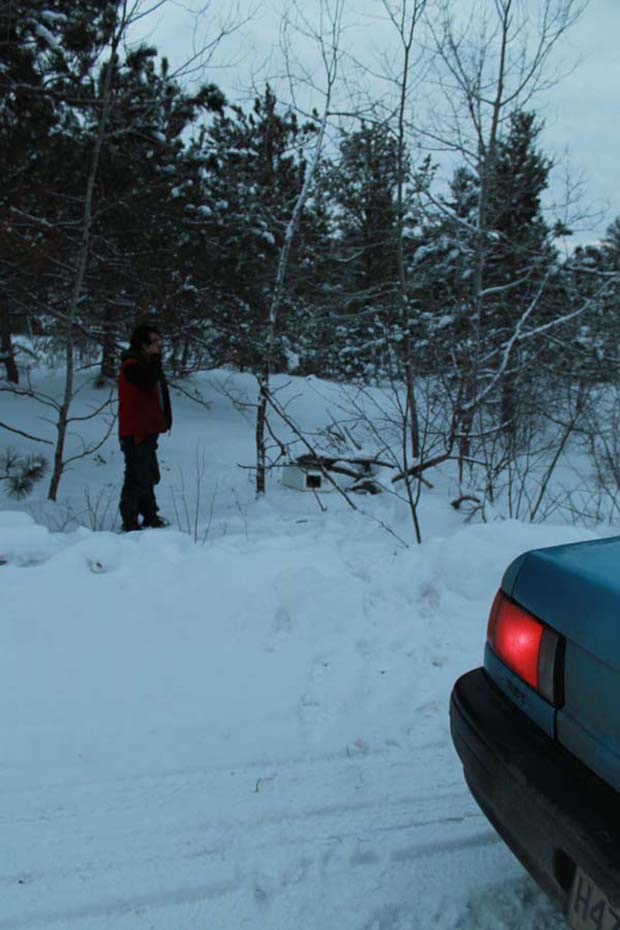 This is the cat that was hiding behind his brother in the box. She was obviously sick, but in better conditions than the other cat. 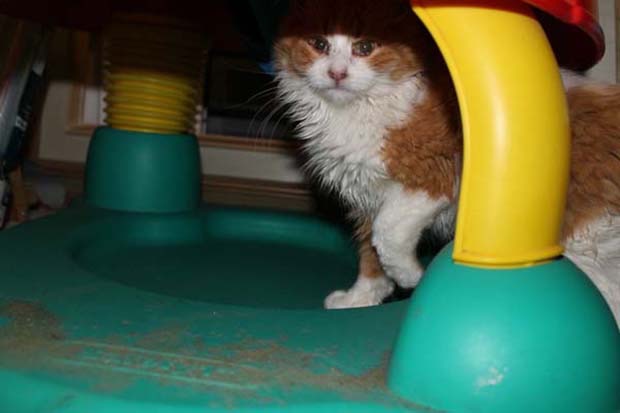 This is the brother, he most likely would have died if the man didn’t save him. 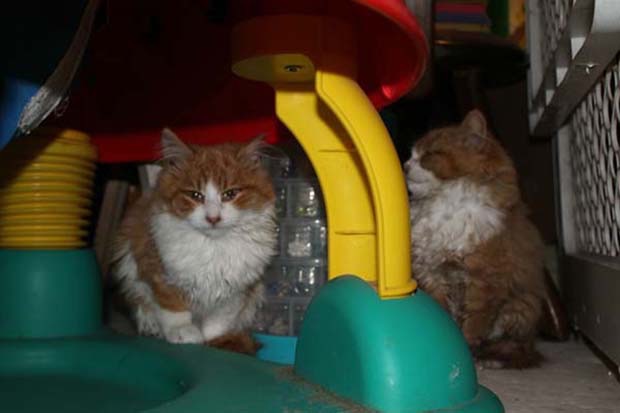 They would cry out loud if separated from each other. 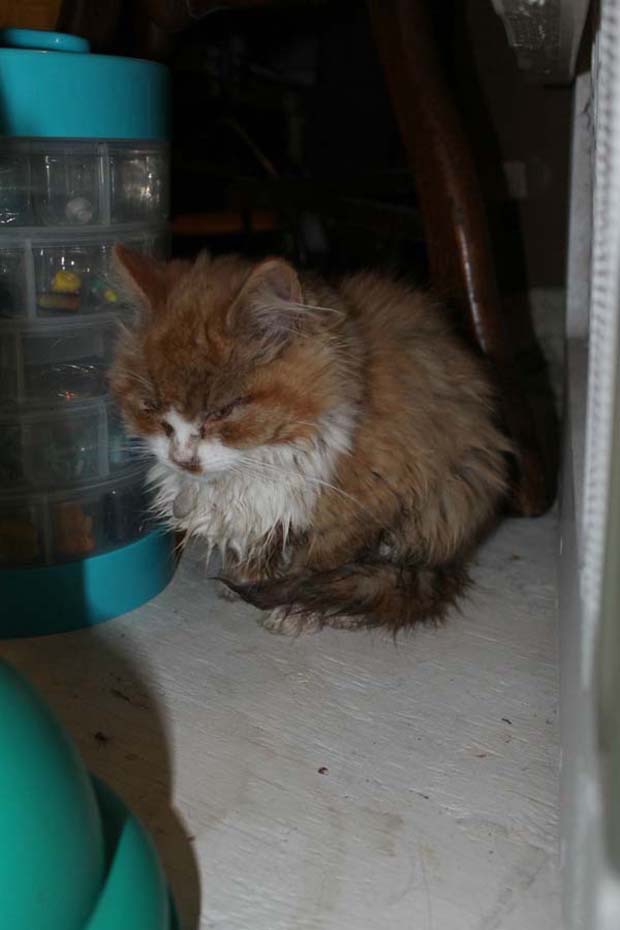 They needed medical attention ASAP, but during the first night their rescuer had do do what he could, on his own. 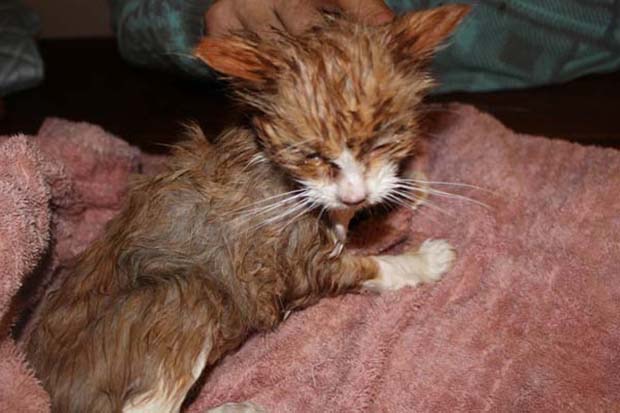 A blanked made them feel a bit warmer. 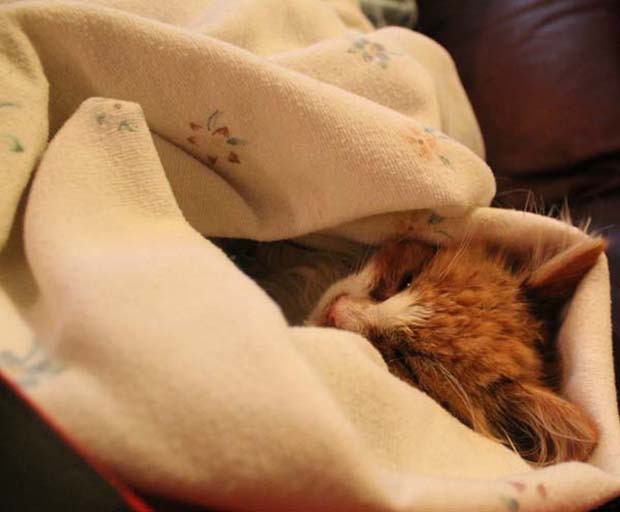 One cat responded immediately to the cures and even began purring. 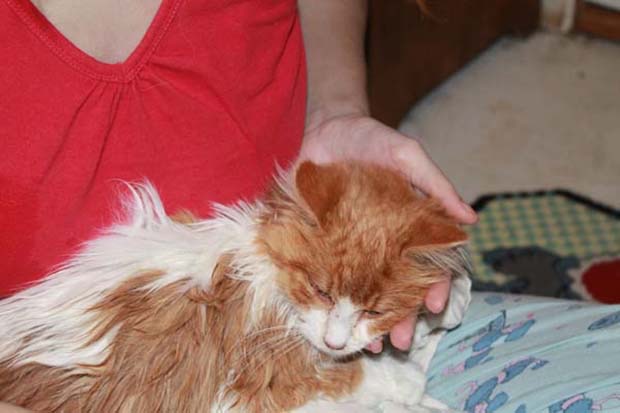 And was already getting along with the rescuer. 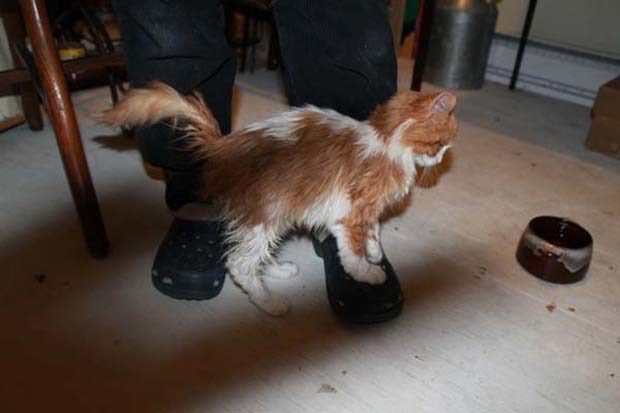 Her brother seriously needed a vet instead 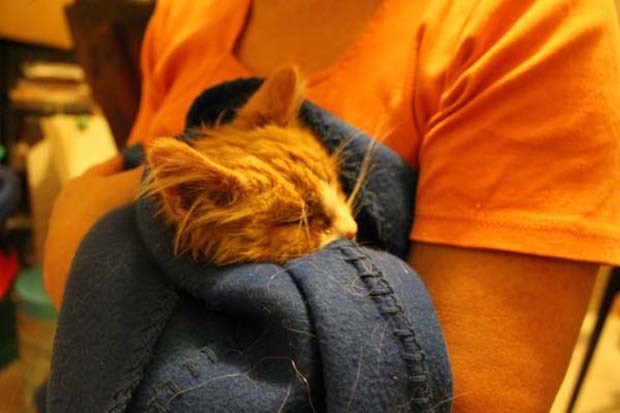 Good news, some days later their savior was told they were on their way to a full recovery. 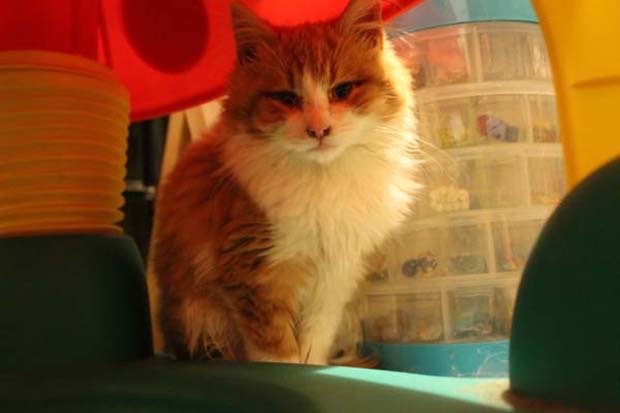 Share this beautiful story with others by clicking the button below.