Aja Trier is a New York based painter whose works are heavily influenced by the artists who inspire her.

One of the most notable things you notice in her masterpieces is that they are heavily inspired by Vincent van Gogh’s post-impressionism style. Trier’s works always get noticed because of the way she combines Van Gogh’s expressive style with pop culture elements. Van Gogh’s style is already remarkable, and when combined with elements from today’s time and generation, it becomes more approachable and relatable to the masses.

Trier started becoming popular when she created Seine, which is a painting of the Eiffel Tower against a starry night sky. It is complete with the thick strokes and swirling patterns that are incredibly close to Van Gogh’s works, but Trier’s is just a bit more colorful and vivid. She posted the photo on Sagittarius Gallery, her painting business, to sell, but people mistook the piece to be a Van Gogh painting and titled the painting as ‘Eiffel Tower by Van Gogh’. The photo became viral and a French educational site even branded Seine as a Van Gogh original.

Flattered but at the same time amused, Trier corrected the misunderstanding by stating that Van Gogh was not around when the tower was completed in 1889, so could not have possibly painted the tower, as he simply never saw it. After clearing up the misunderstanding, Trier used the funny situation as an inspiration to create her next works. She created the Van Gogh Never series which featured a collection of things that van Gogh never saw. She thought of things that van Gogh wasn’t able to see and made them the subject of her paintings.

Trier recently released the Starry Night Dog Series which features paintings of cute dogs standing in front of a swirling starry night, as if Van Gogh was surrounded by these dogs while painting his masterpieces. She now has more than 80 original oil paintings of different dog breeds up for sale on her website. Trier also accepts custom work if you want her to create an oil painting of your dog. On her website she says she can create the painting in 3-6 weeks depending on how complex it is and then it takes 6-8 weeks to dry. Check out her Facebook, Instagram, Twitter and the Sagittarius Gallery for more of Aja Trier’s works! (h/t: boredpanda) 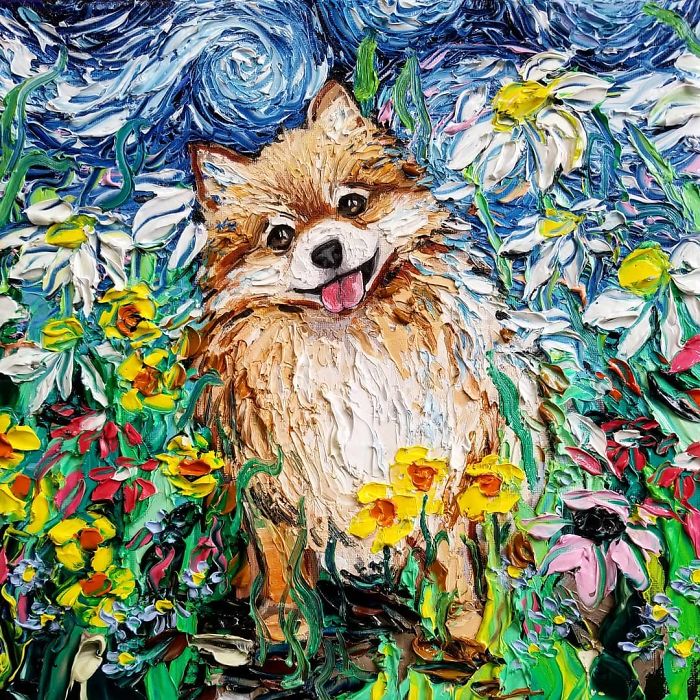 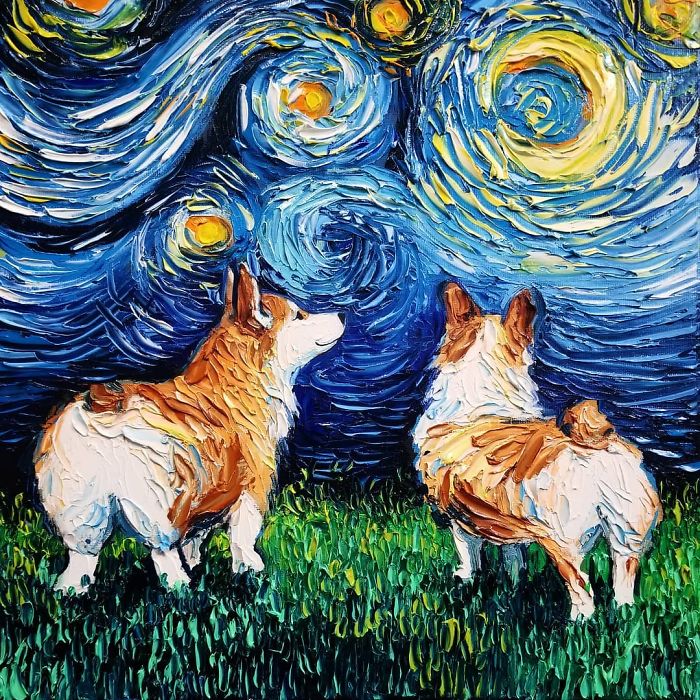 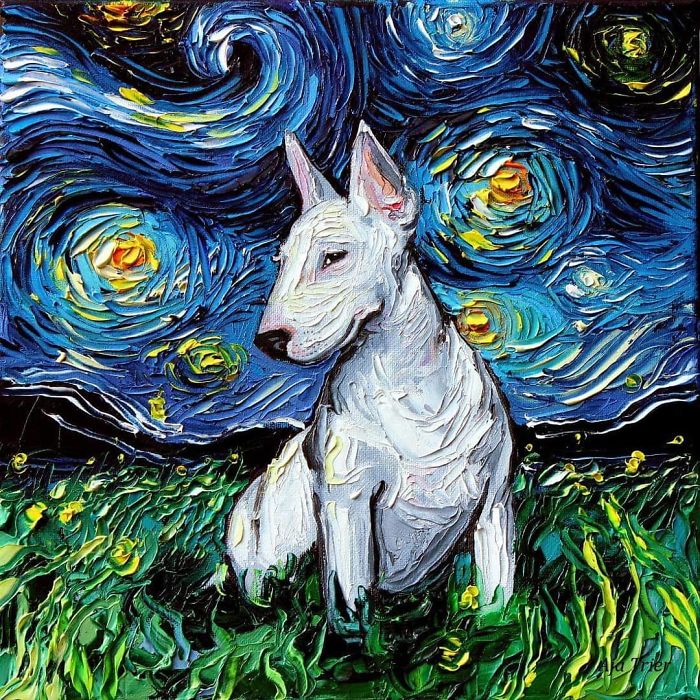 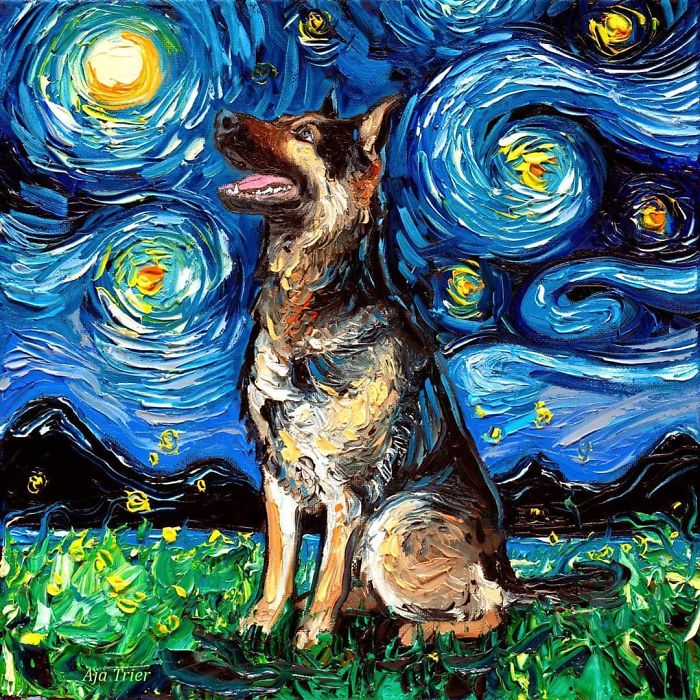 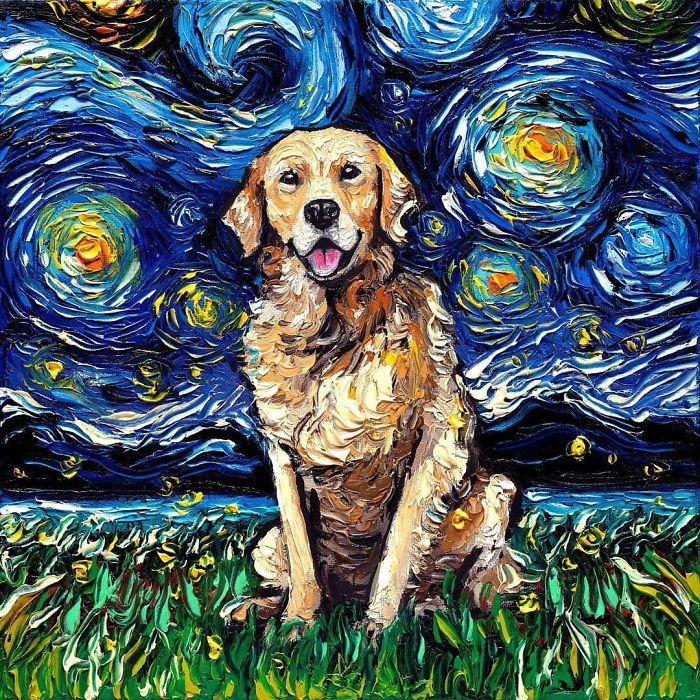 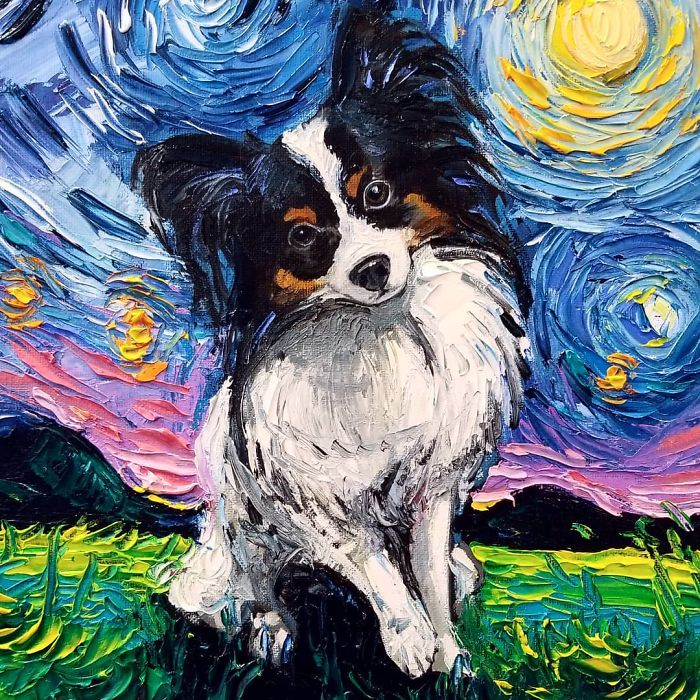 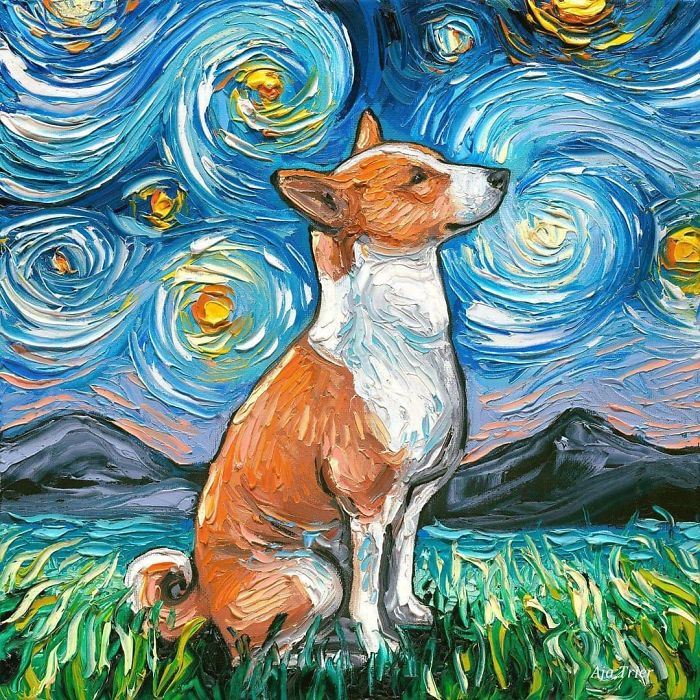 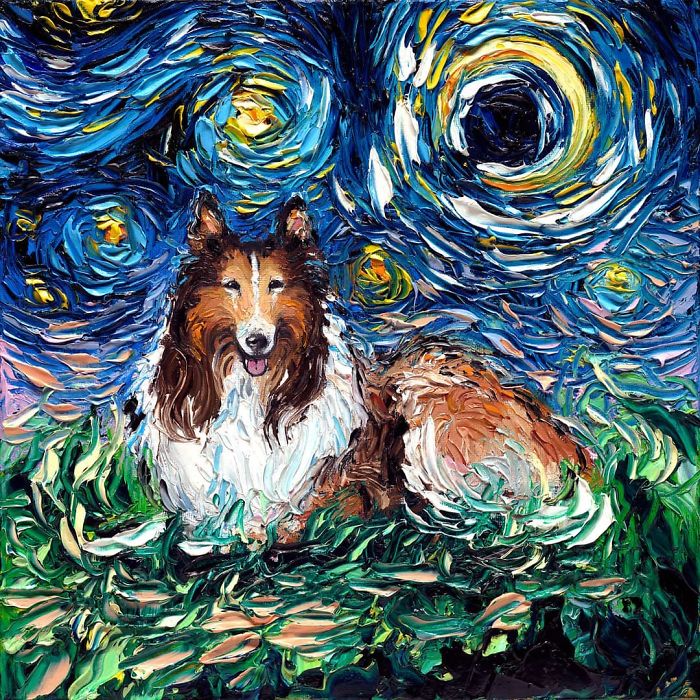 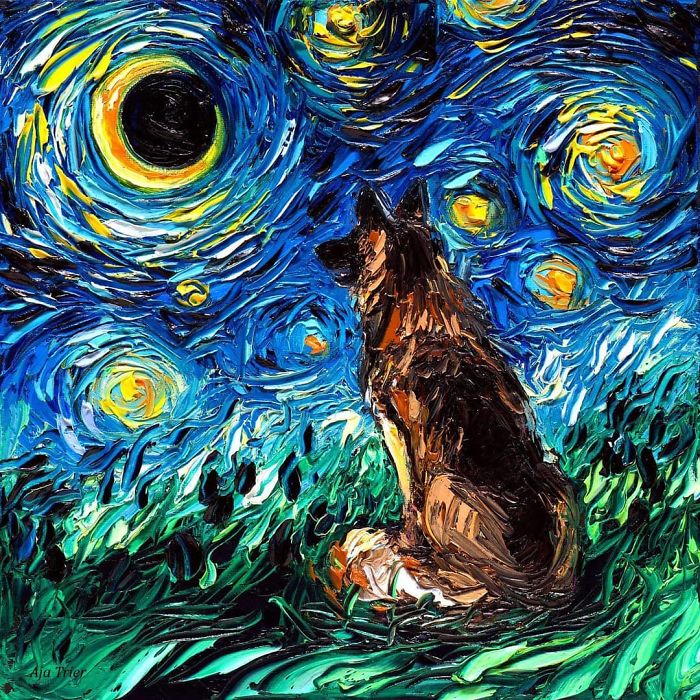 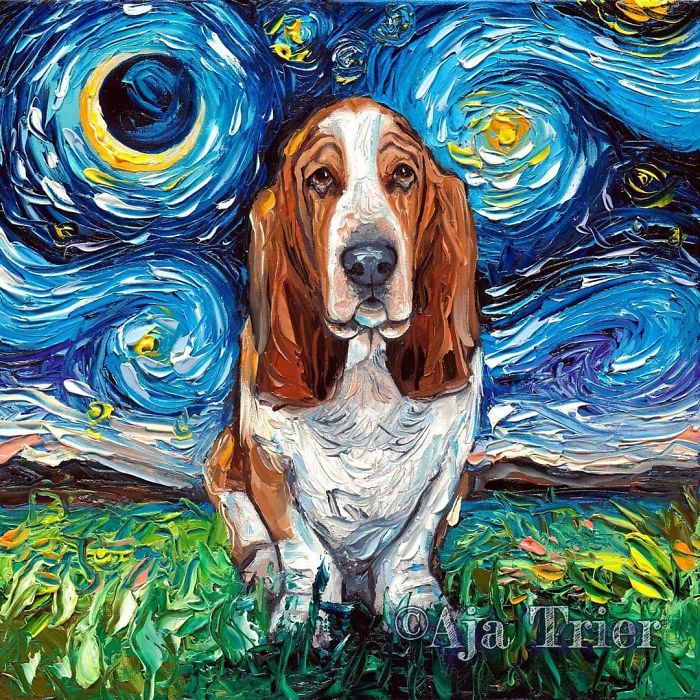 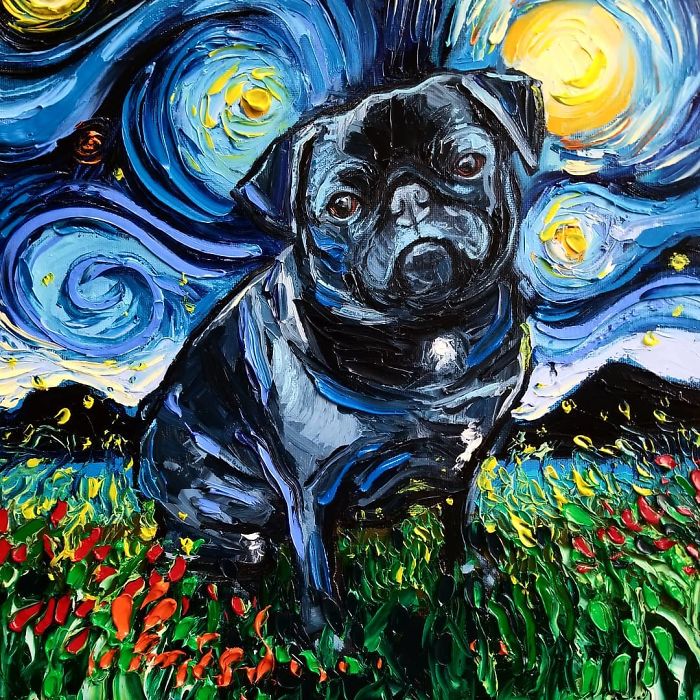 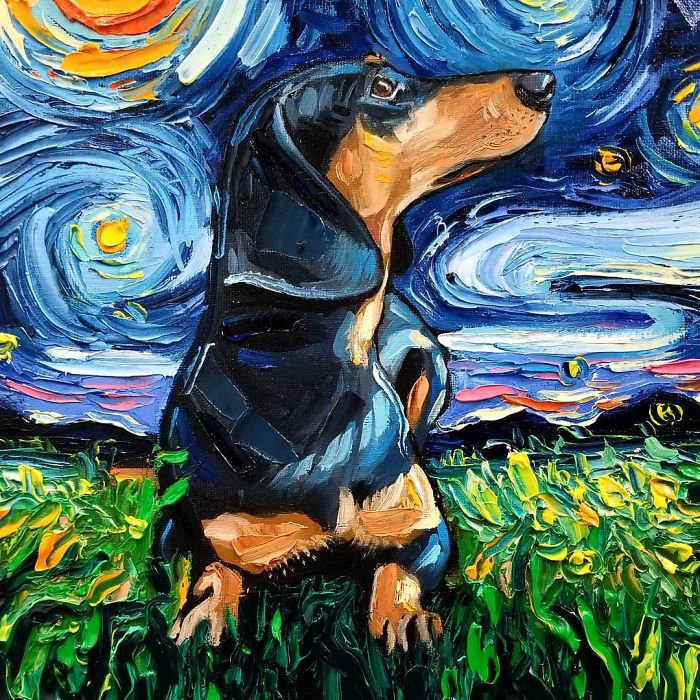 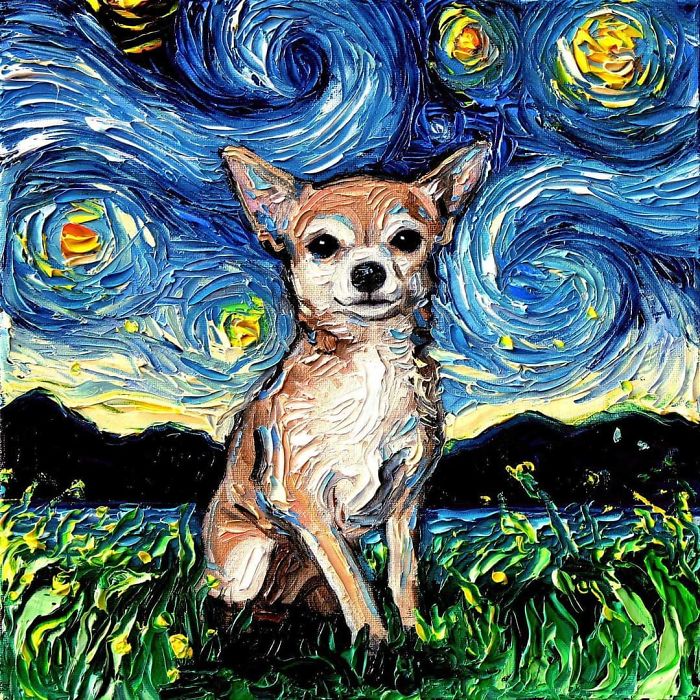 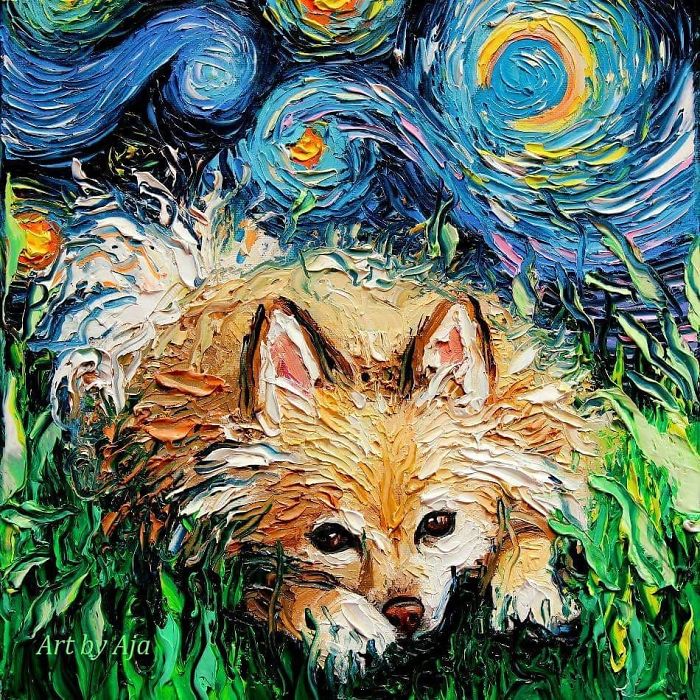 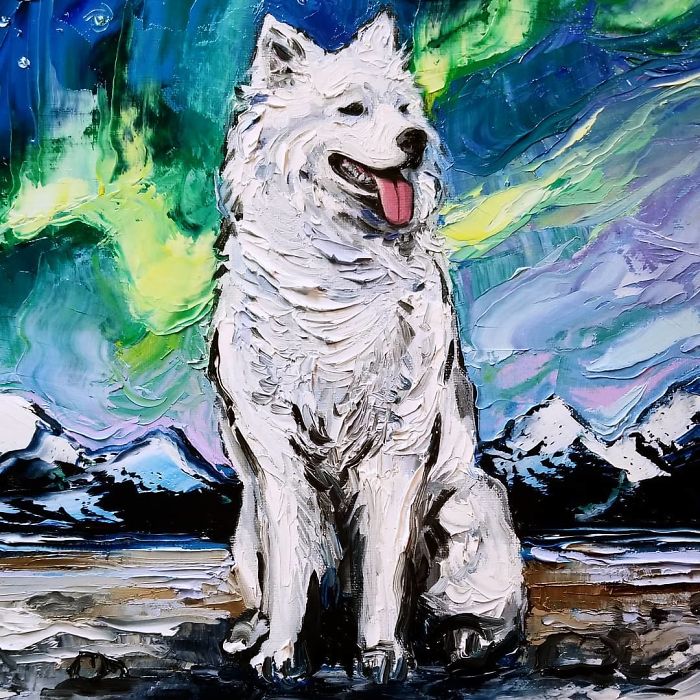 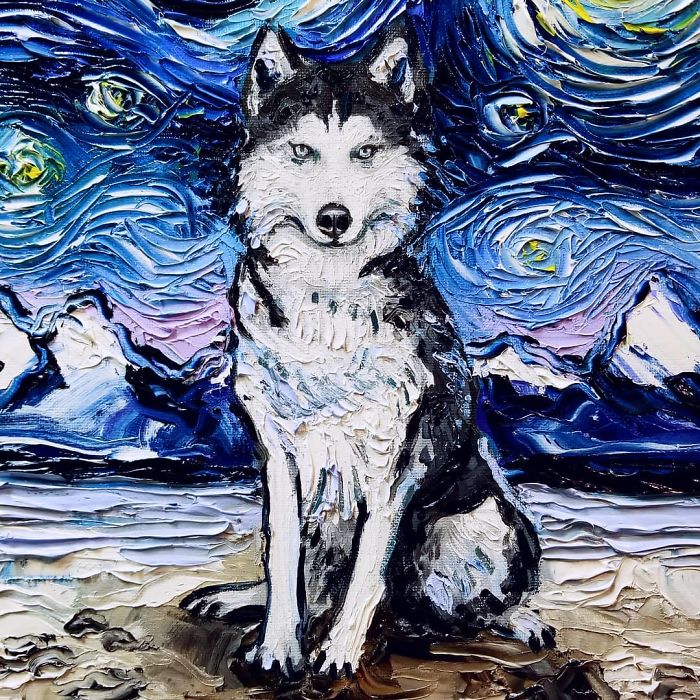 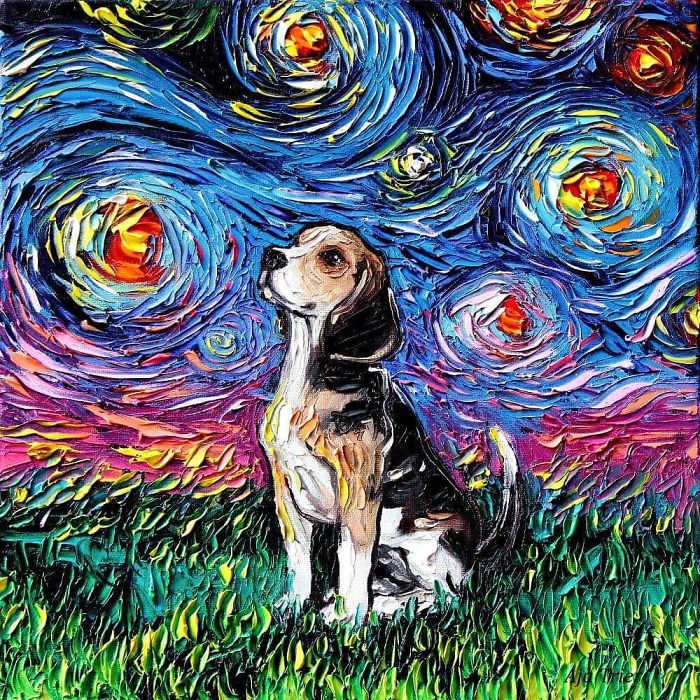 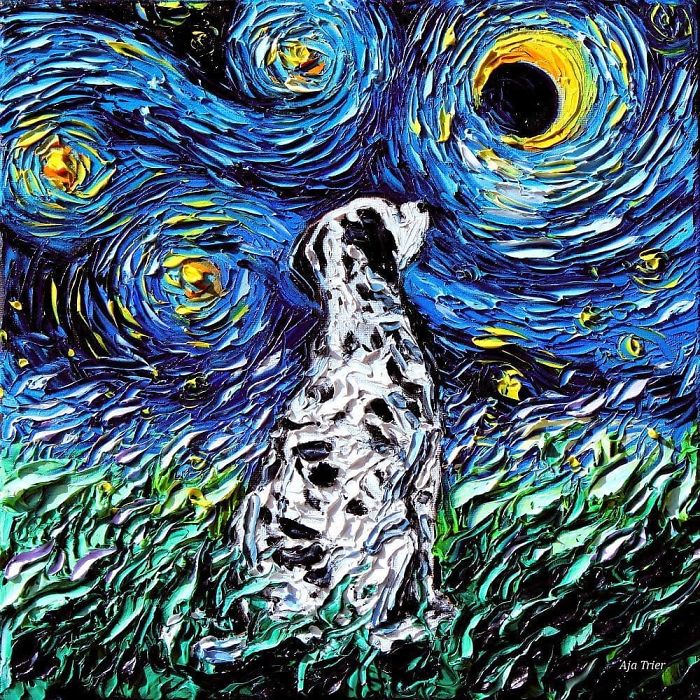 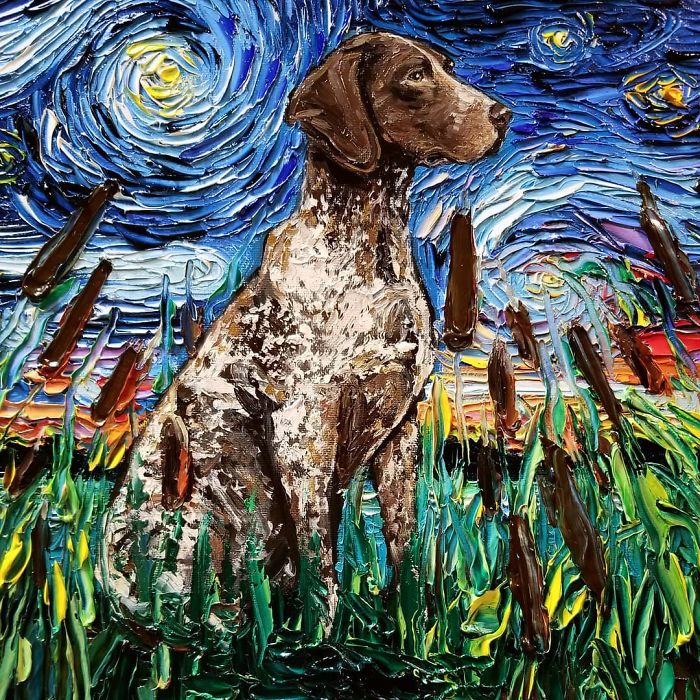 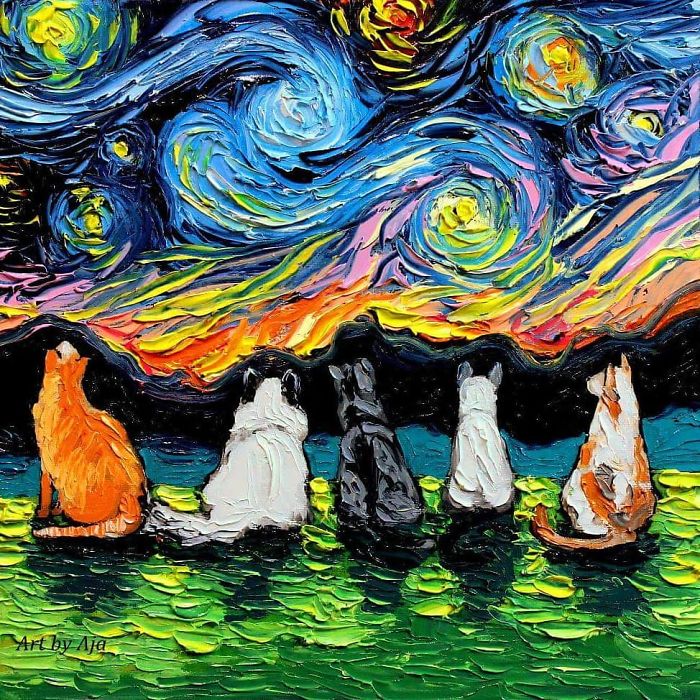