21-year-old Julien Tabet describes himself as a “young Frenchman who pretends to make art with a computer”. However, if we had to make a remark, we’d say his work is more than just “pretending to make art”. He’s a real Photoshop wiz although “he’s not passionate about it because he doesn’t believe that software can be a passion”. Nonetheless, his fascination, inclined on imagining the improbable, are incredibly mind-boggling. Animals are his main subjects because he loves expressing their mysterious anonymity through his art. Most of his works depict how he images animals act when humans aren’t looking, much like the concept of toys coming alive in the movie, Toy Story. Manipulating photos through Photoshop was once just his boredom-killer, but now, it is the craft that granted him the privilege of being called an artist. Julien knew the secret was found in believing in himself, and now he’s the creator behind an Instagram account with 104k followers, and the artist behind the greatly imaginative artworks below. If you want to grab a hold of his works of art, you can do so by checking out his Etsy page.
(h/t: boredpanda) 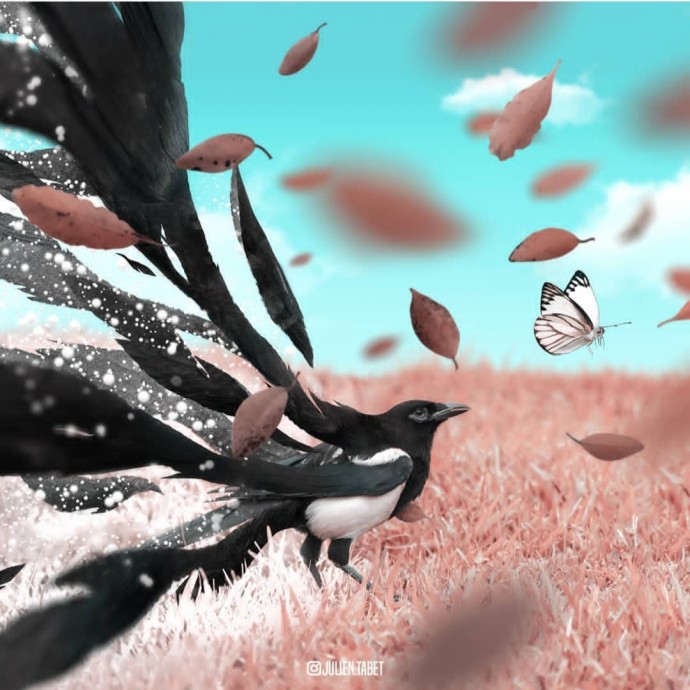 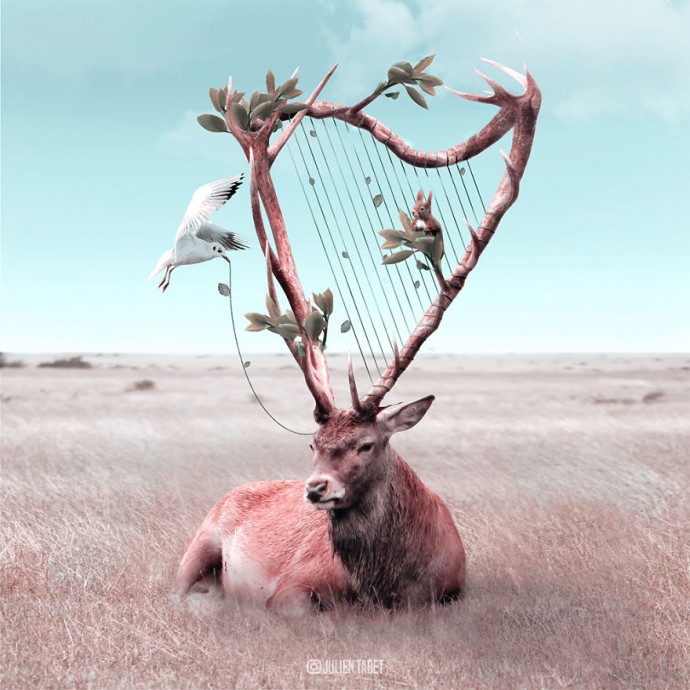 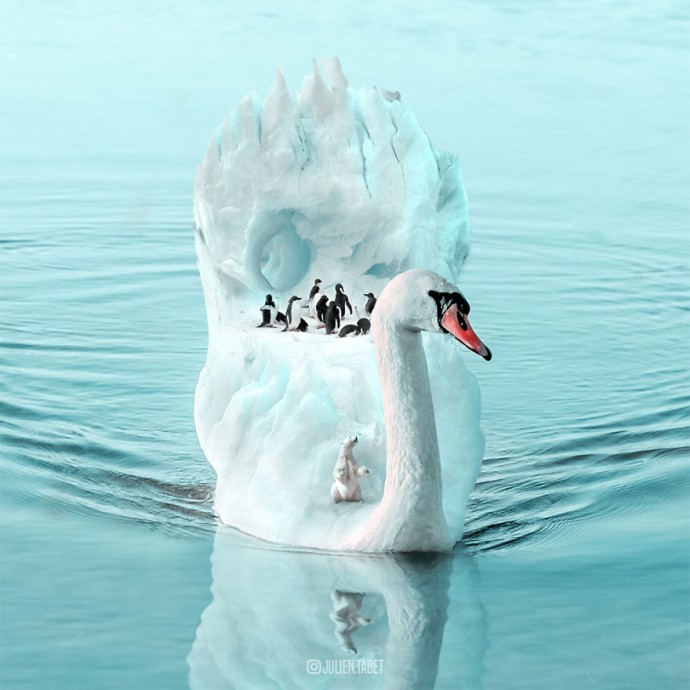 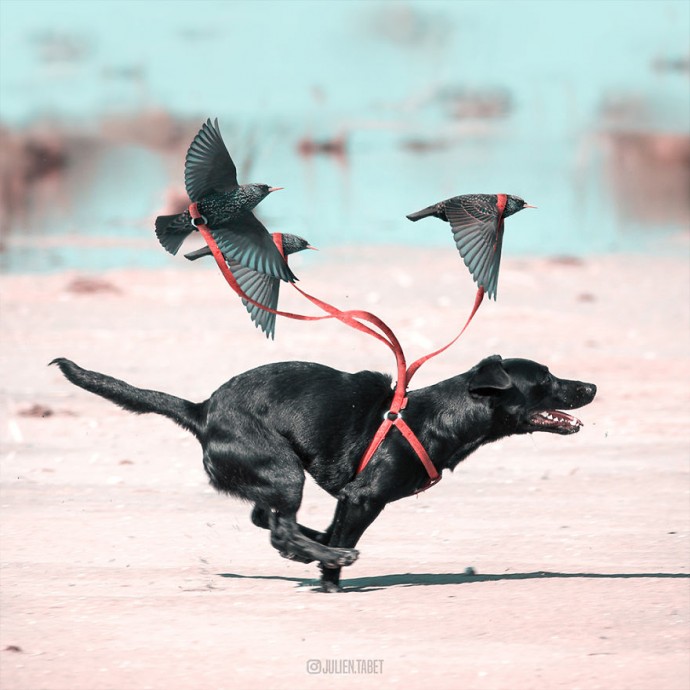 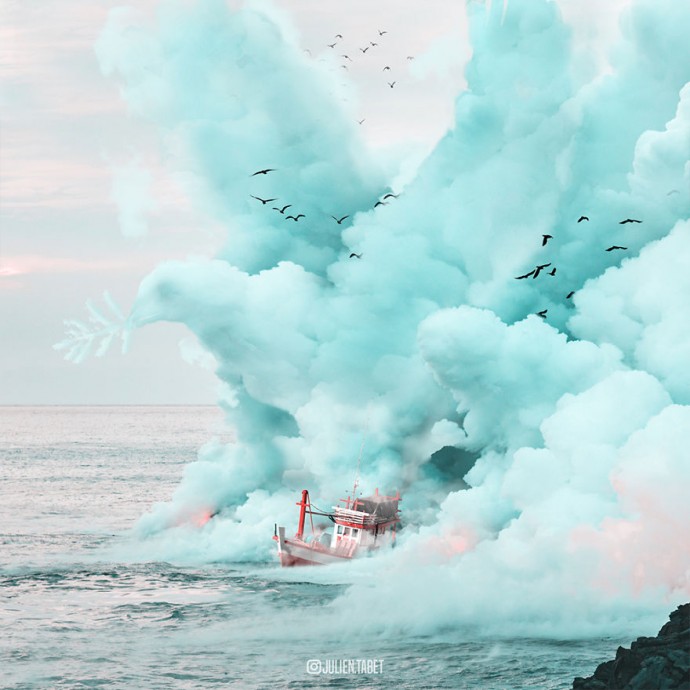 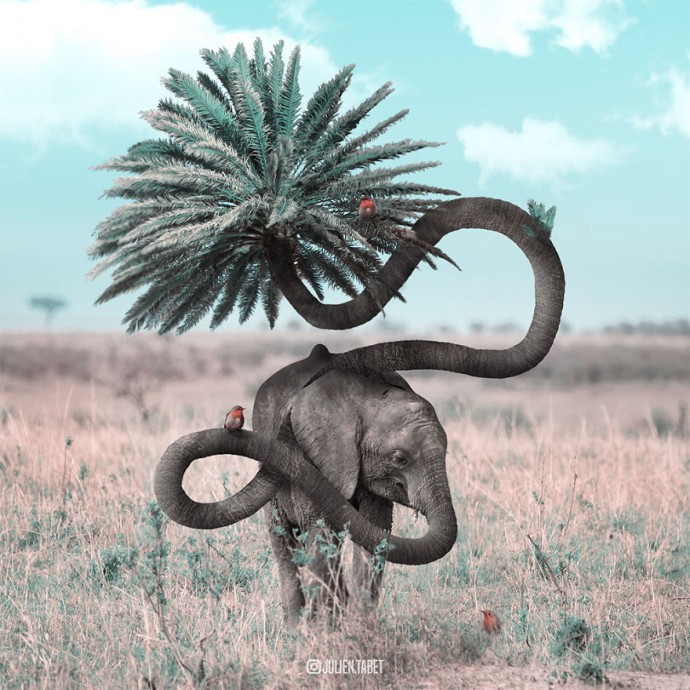 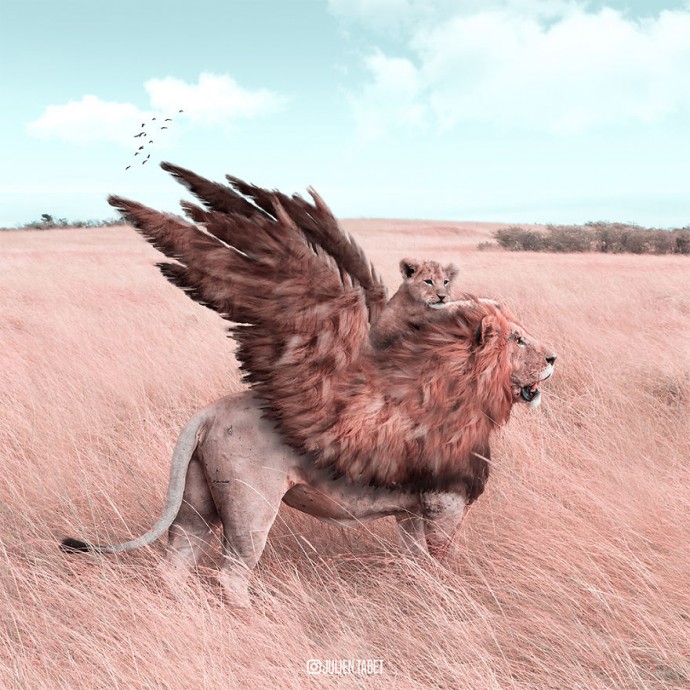 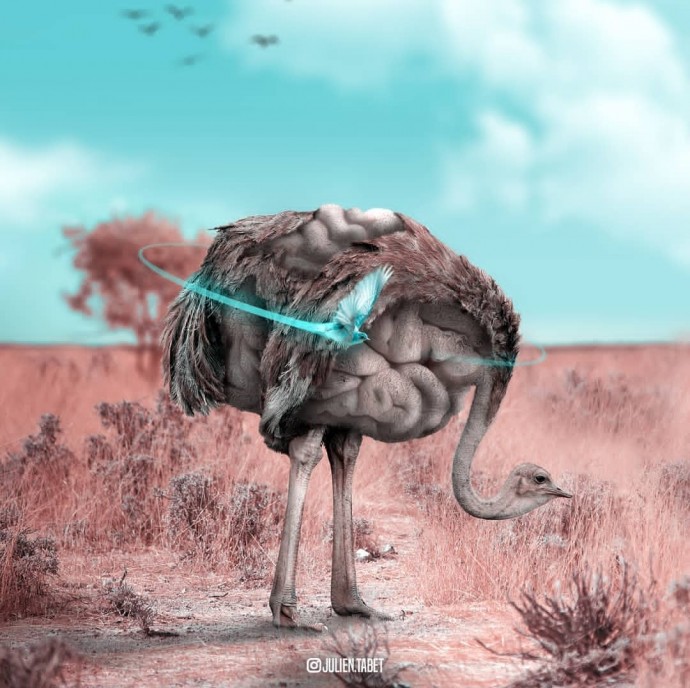 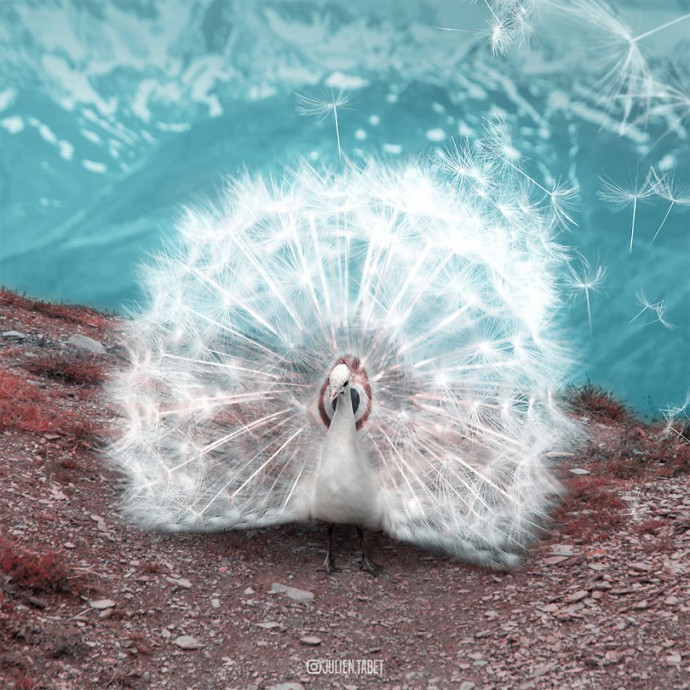 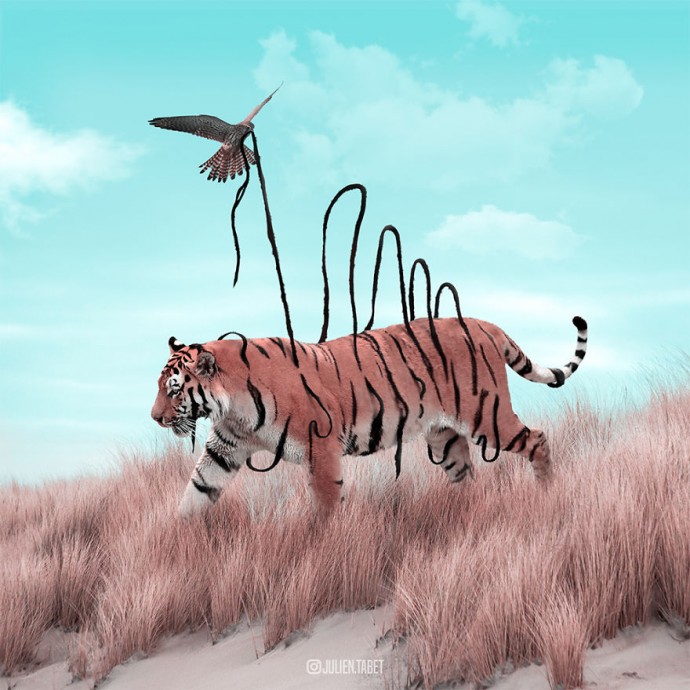