Six months ago, an angel, disguised as a 75-year-old man named Terry, was sent at the doorstep of Safe Haven Pet Sanctuary, in Green Bay, Wisconsin. Terry is a man who loves animals, and when he knew about the cage-free, no-kill cat shelter, he felt the need to offer help. With Terry’s charm, and his excellent cat-brushing skills, it didn’t take long for him to win every rescue cat’s heart. A one time visit easily turned into a commitment as an official volunteer.
Every day he takes care of them, takes some naps and cuddles with them, and now that he’s famous as the ‘cat grandpa’, he’s making waves of influence around the internet, inspiring many to support the sanctuary. If you are interested to show some support, you can do so by following Safe Haven Sanctuary on Facebook and making a donation over at their website.

Meet Terry, the 75-year-old grandpa who pays a visit on a daily basis to his local shelter, the Safe Haven Pet Sanctuary in Green Bay, Wisconsin. 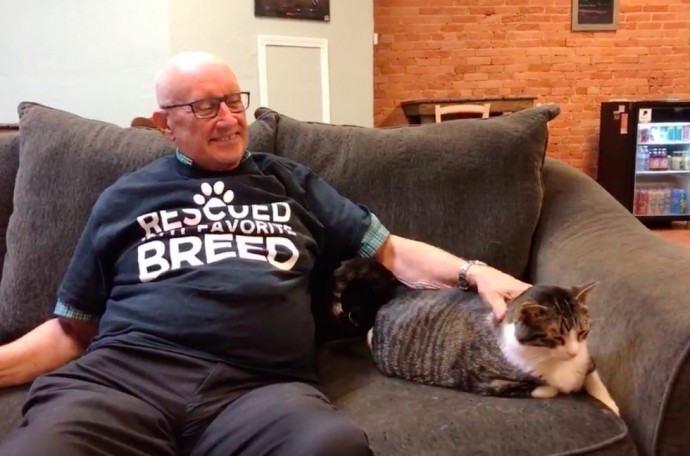 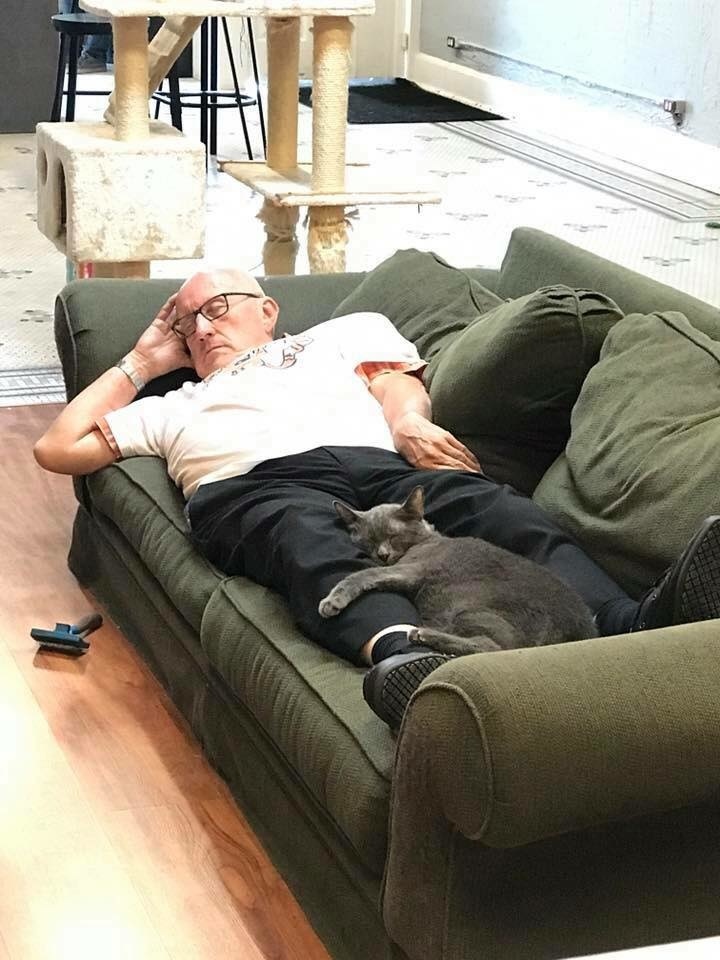 He always carries with him his trusty blue cat brush. 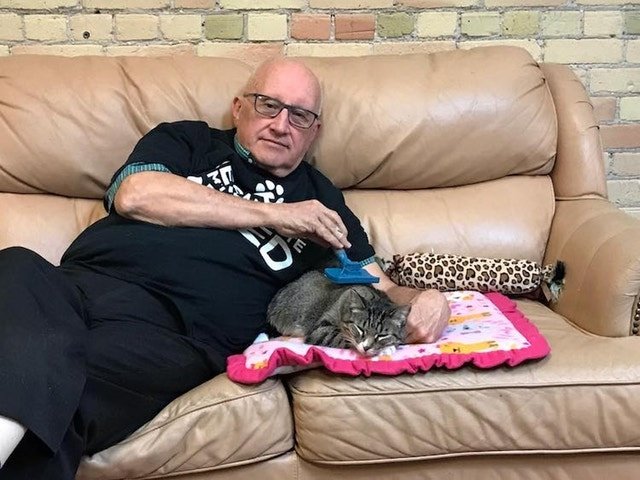 He sneaks in a bit of nap time in between each cat’s turn. 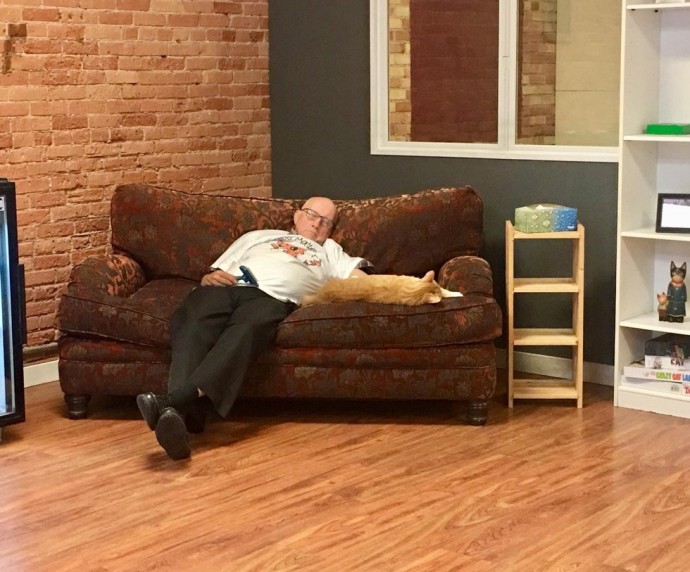 He is a definite gem in the sanctuary, and the internet just has to agree. 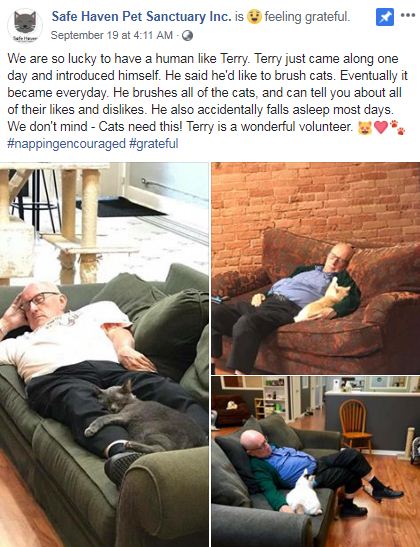 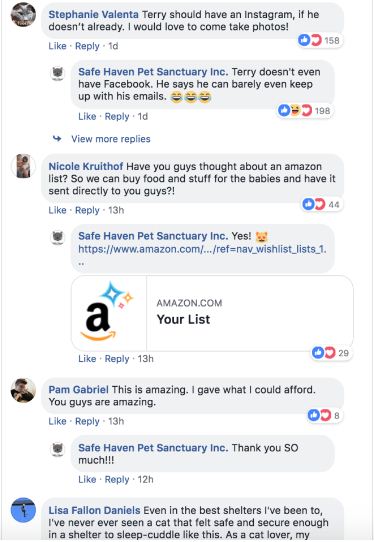 He is now a personality in the local shelter, and he has been granted the name ‘Cat Grandpa’. 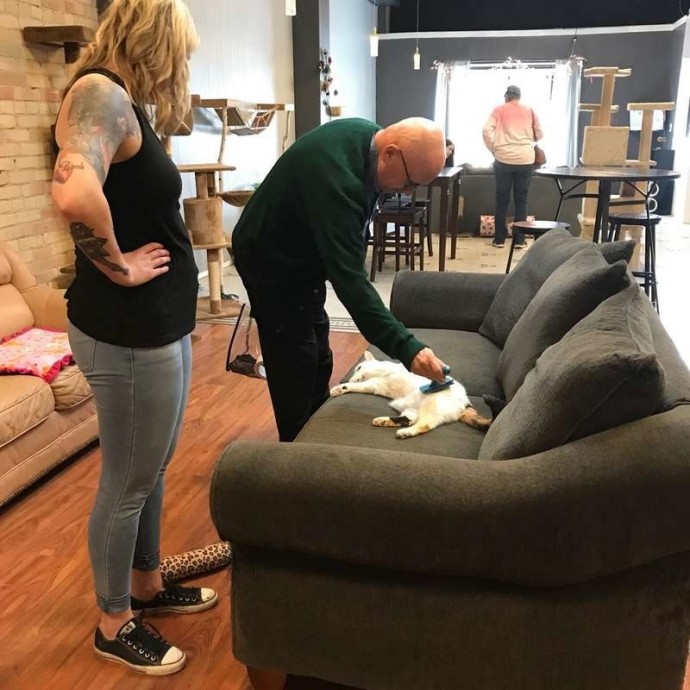 He is inspiring many people to support the sanctuary. 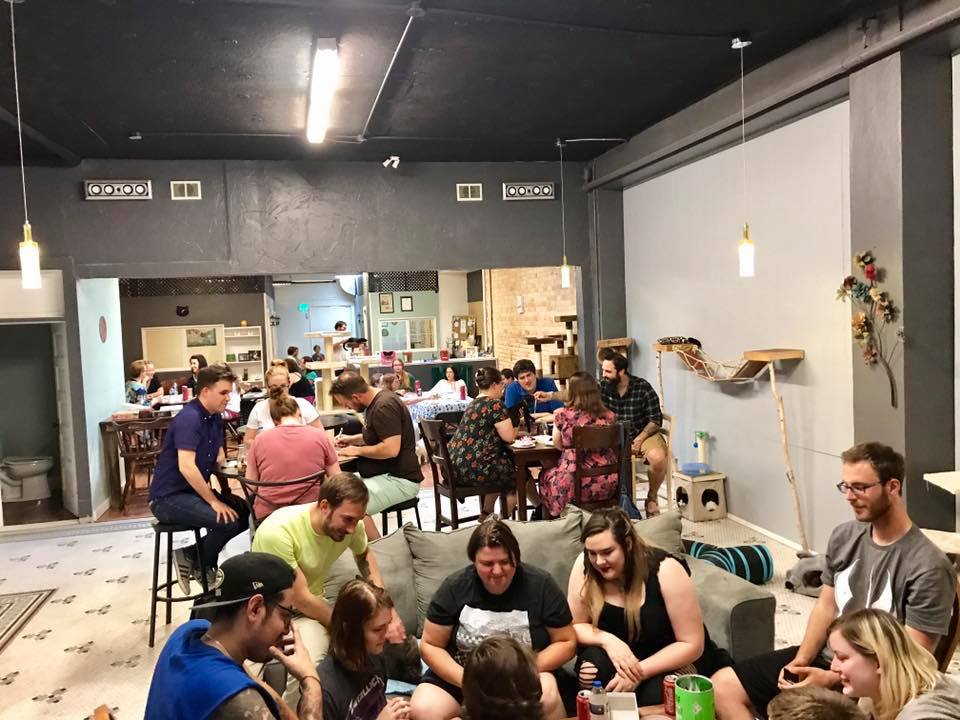 And inspires people to make donations to the cats with special needs. 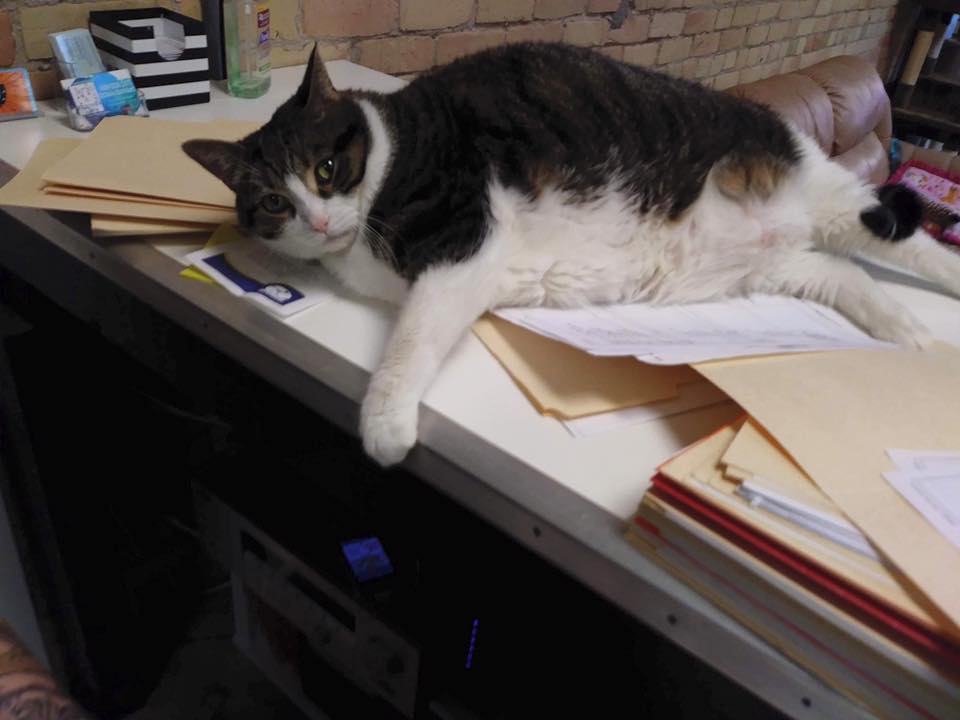 He is now an official volunteer to the sanctuary, and the cats definitely appreciates his service. 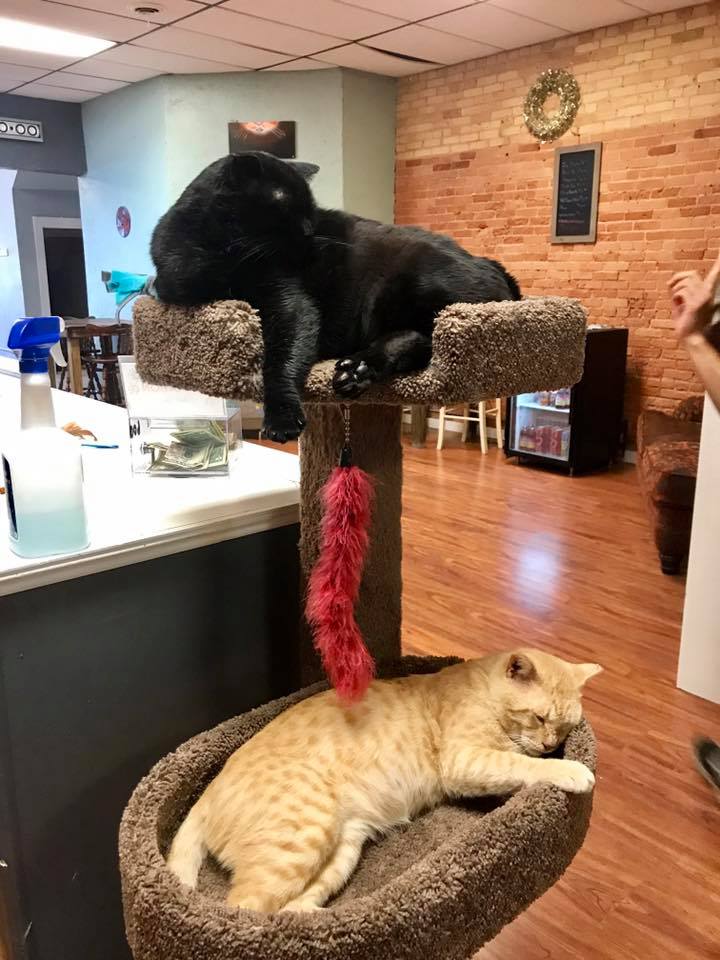 He will always be the sweetest cat grandpa the internet has ever known. 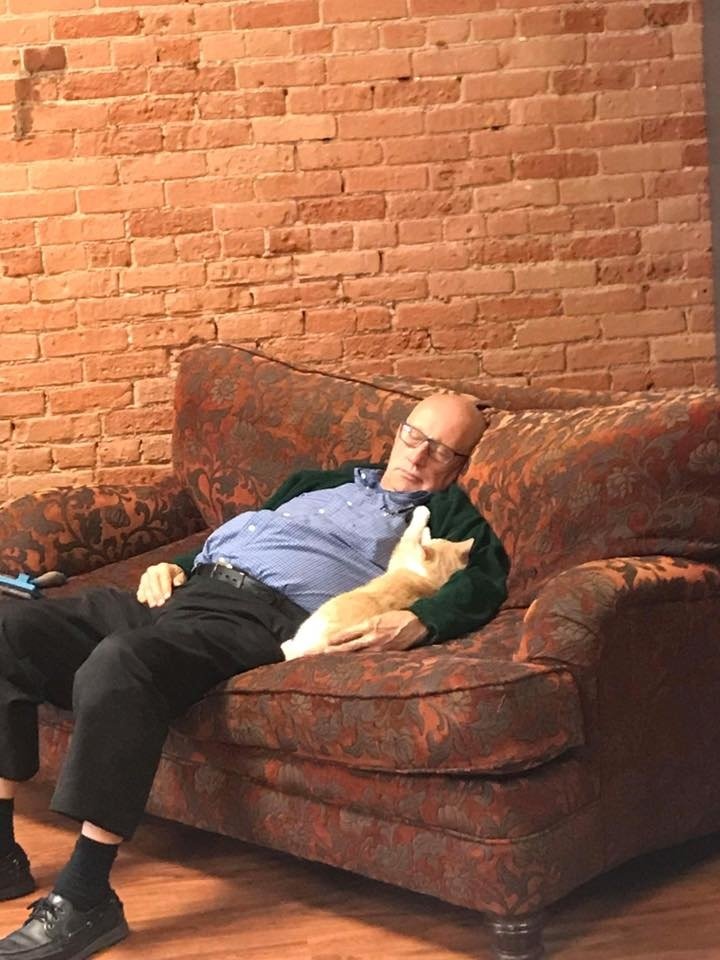