While taking part in a play hour for puppies between 8 and 18 weeks, three golden retriever pups became best pals and started the world’s cutest secret club.

The play hour was an opportunity for puppies to play and make new friends, and the golden gang found each other immediately. Then, the trio only had eyes for each other.

They ran around the gymnasium as if glued together and repeatedly hid under toys together to get some time alone.

Finally, they found the perfect hideaway: a blue, plastic structure with just enough space for the three to squeeze in. All anyone else could see was their tails sticking out behind them.

That is, until one of the dog dads got too curious…

Only goldens were invited to this mysterious meeting. 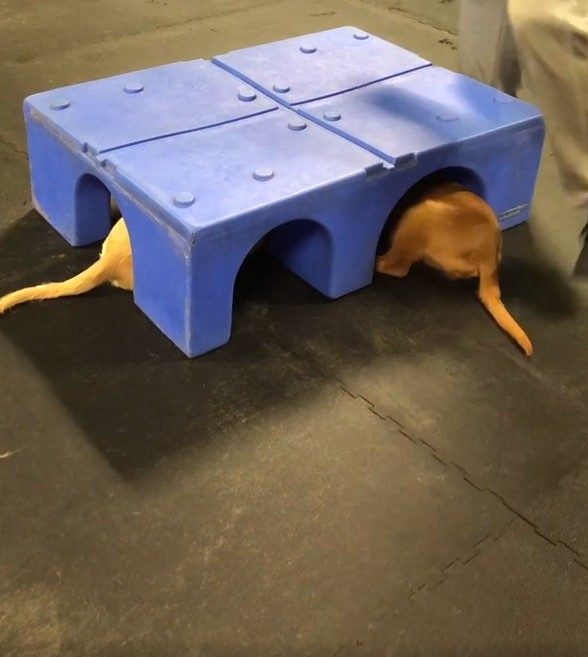 But suddenly, the roof got lifted away and their secret was out. 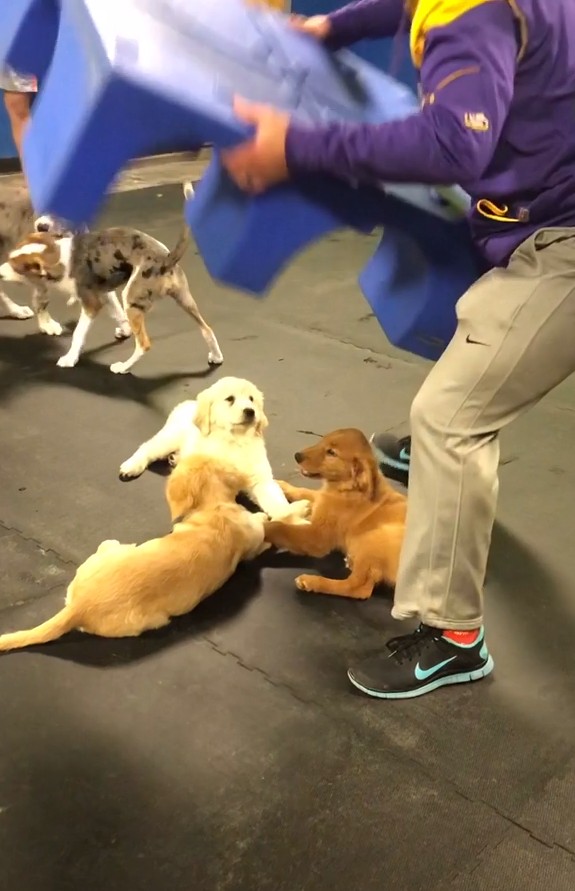 They had snuck away to do some very important hand-holding! 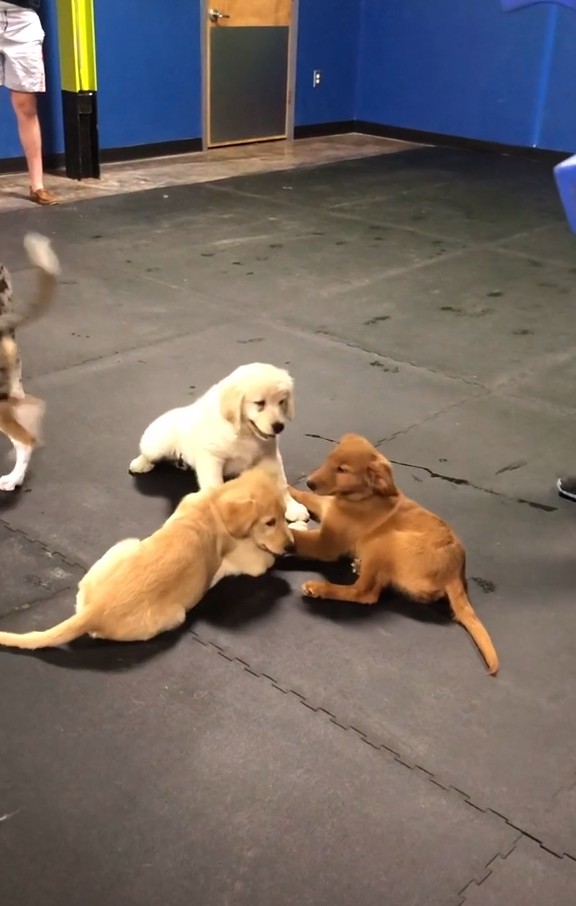 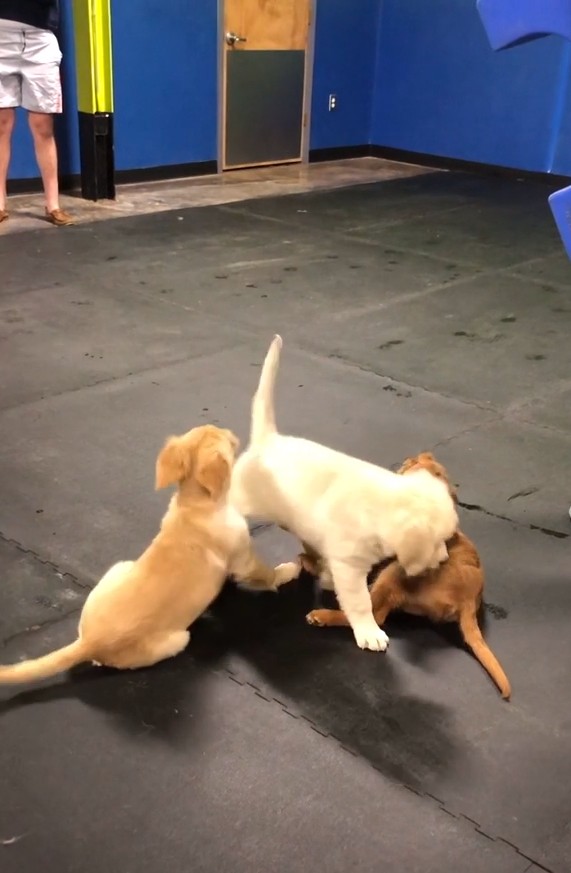 Needless to say, Reddit users’ comments were flawless as usual 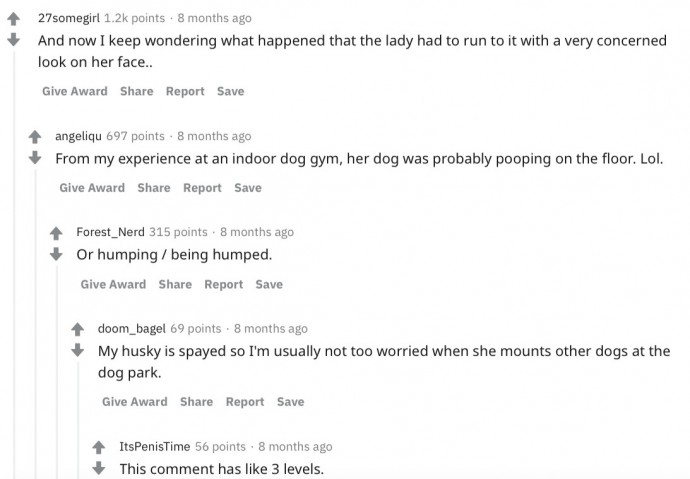 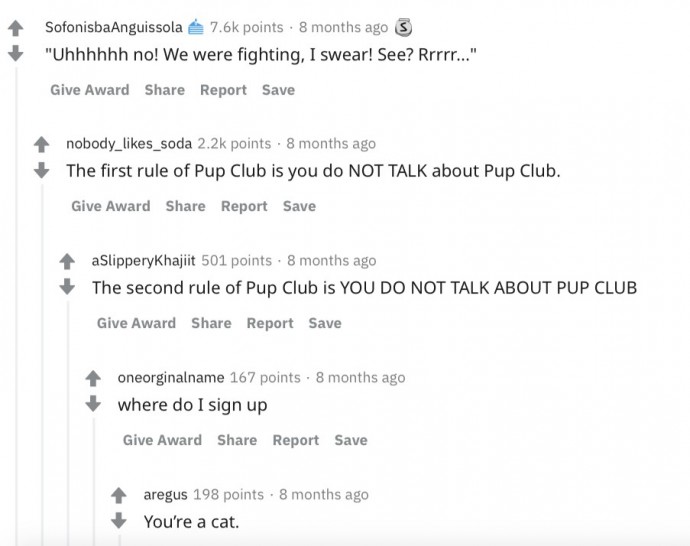 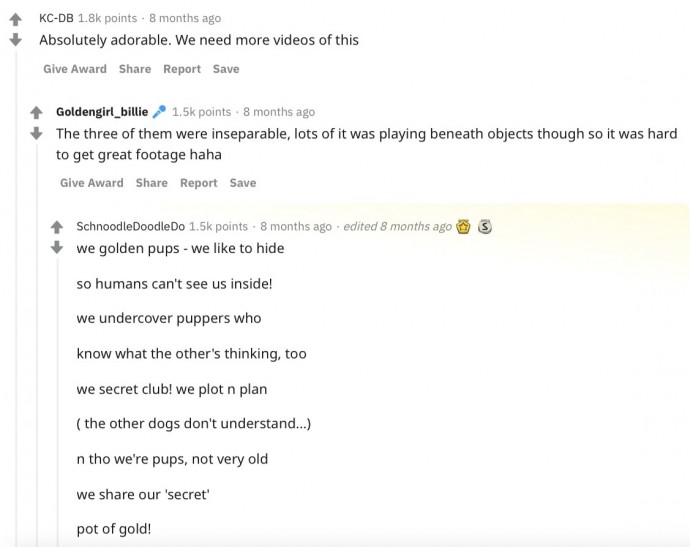