You have probably seen these movies dozens of times, but I’m sure most of you have never noticed the hidden secrets we are going to unveil in this post.

It’s known that animators at studios like Disney and Pixar always had fun inserting easter eggs in their movies, but spotting all of them is a really difficult task.

There are hundreds of hidden gems that are just waiting to be found, and this is part of the magic feeling that only Disney movies have.

Before going to watch for the hundredth time your entire Disney collection, take a look at the following list, we are sure you will be surprised by most of the easter eggs you will discover here.

1. You can see Sleepy Beauty‘s spinning wheel in Rapunzel’s tower in Tangled.

2. Mickey Mouse made a quick cameo in A Goofy Movie.

3. In The Great Mouse Detective, Dumbo shows up as a bubble toy.

4. Here we can see Pumbaa from The Lion King making an appearance as a gargoyle in The Hunchback of Notre Dame. 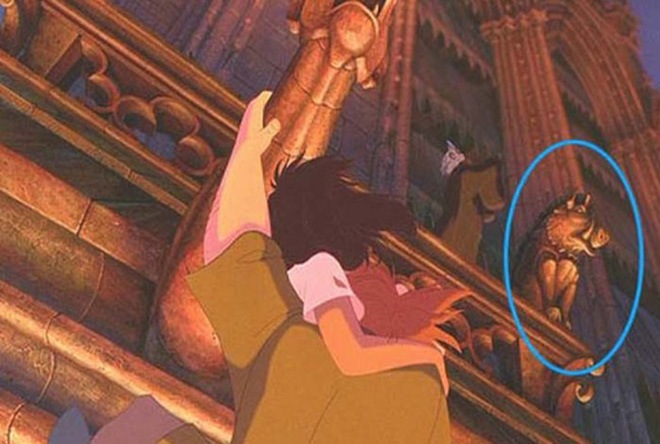 5. Pongo made a cameo in Oliver & Company. You can see him during a song.

6. Jock from Lady and The Tramp appears during the “Twilight Bark” scene in 101 Dalmatians.

7. You can see Kermit the Frog in a crowd during The Little Mermaid.

9. In The Little Mermaid, we can see Don Knotts’ Henry Limpet fish character, from The Incredible Mr. Limpet.

10. Maximus and Vladimir from Tangled made a quick cameo in Wreck-It-Ralph.

11. You can spot Flynn Rider and Rapunzel at Elsa’s coronation in Frozen.

12. Tiana and Naveen were there as well.

13. A little Mickey Mouse doll was spotted in Frozen… 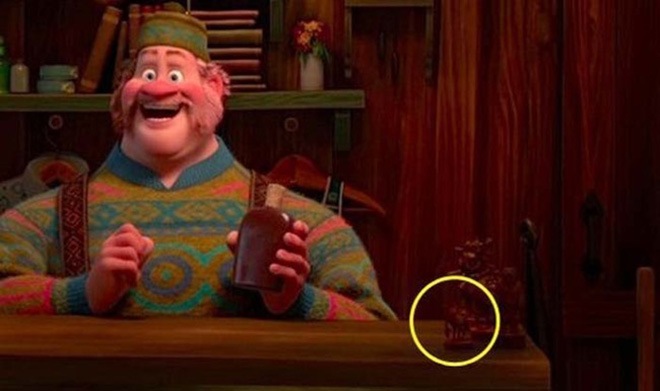 15. Jock, Peg and trusty from Lady and The Tramp made a quick cameo in Oliver & Company.

16. At a certain point in The Princess and the Frog, there’s a shadow looking just like Jack from The Nightmare Before Christmas. 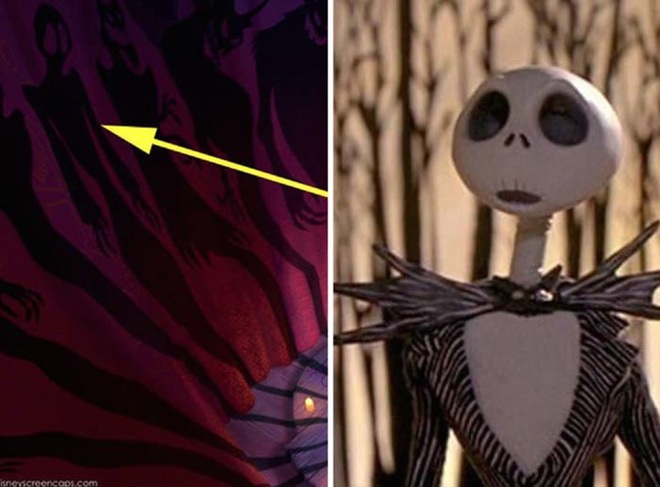 18. Pinocchio is hidden above Flynn Rider during the “I’ve Got a Dream” scene in Tangled.

19. Scat Cat from The Aristocats made a cameo in Robin Hood.

20. Shere Kahn’s prey looks a lot like Bambi’s mom in The Jungle Book. 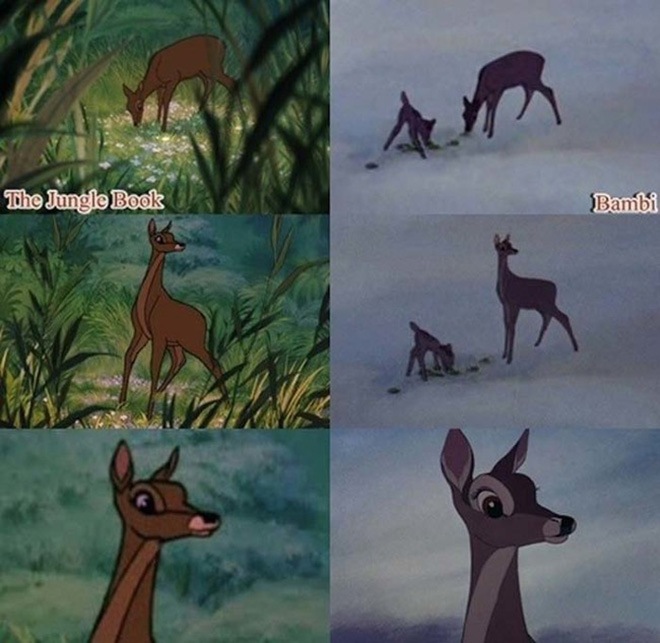 21. During the villains support group scene in Wreck-It-Ralph, we can see a small reference to the Paperman, the award-winning animated short that accompanied the film. 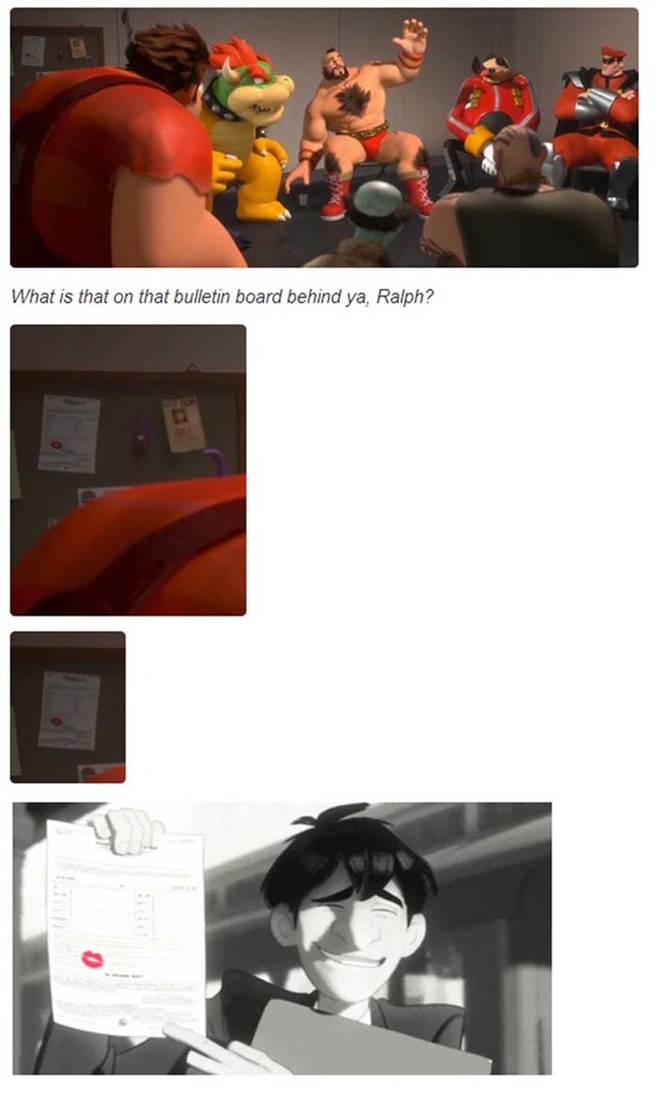 22. In Disney’s upcoming movie Big Hero 6, we will see Hans from Frozen in a wanted poster. 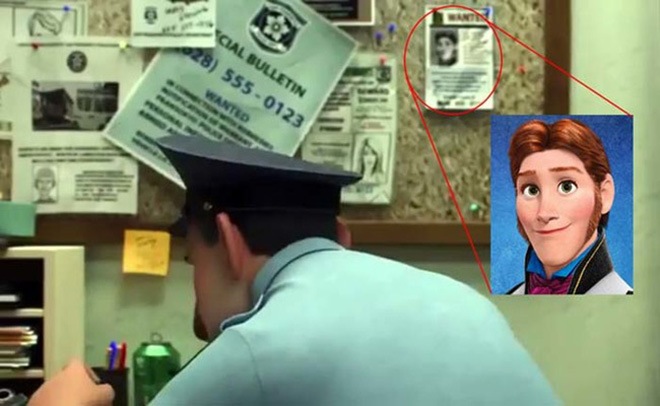 23. Tick-Tock, the crocodile from Peter Pan, can be seen backstage during the concert in A Goofy Movie.

24. In Meet The Robinsons, we can see posters of The Jungle Book and Toy Story 2 in the background. 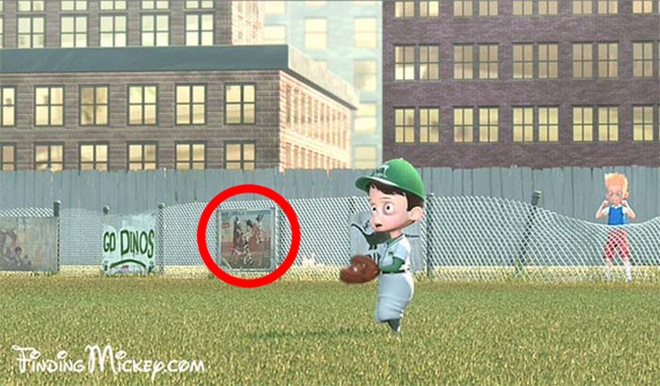 The next time you watch a Disney movie, pay attention to these little details, and you will probably spot some hidden gem like the ones of this post.
Share these awesome secrets with others by clicking the button below.