With Donald Trump’s staff moving in the White House early next year, Obama’s team will obviously have to move out, and with him his vice-president Joe Biden.
They have developed a strong relationship during these 8 years in charge and the public opinion sees them as close as best friends.
In case you wondered what the conversations between Obama and Biden looked like in the last few days, here are 23 hilarious exchanges they probably had since Donald Trump won the elections last week.
(h/t: distractify) 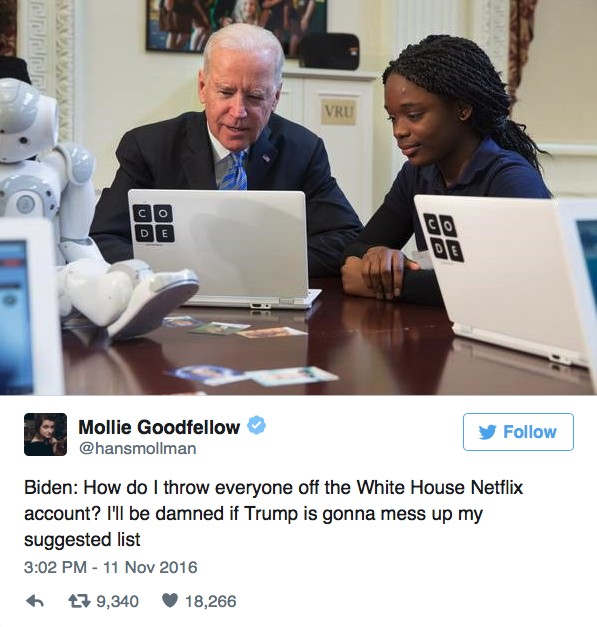 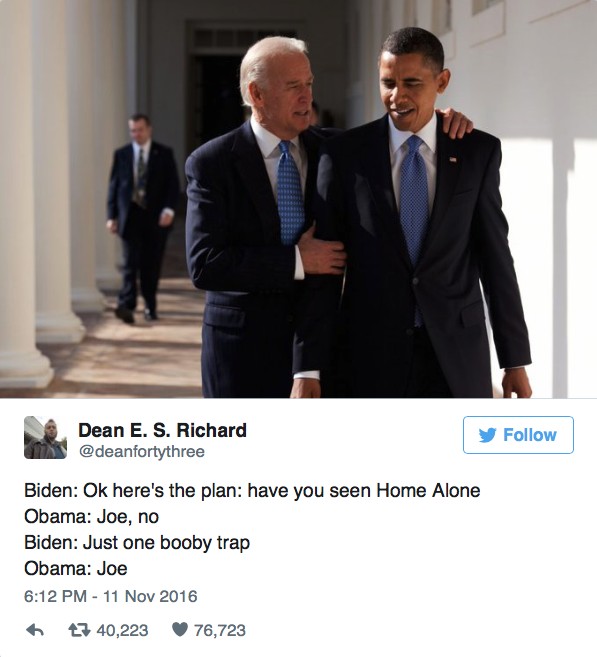 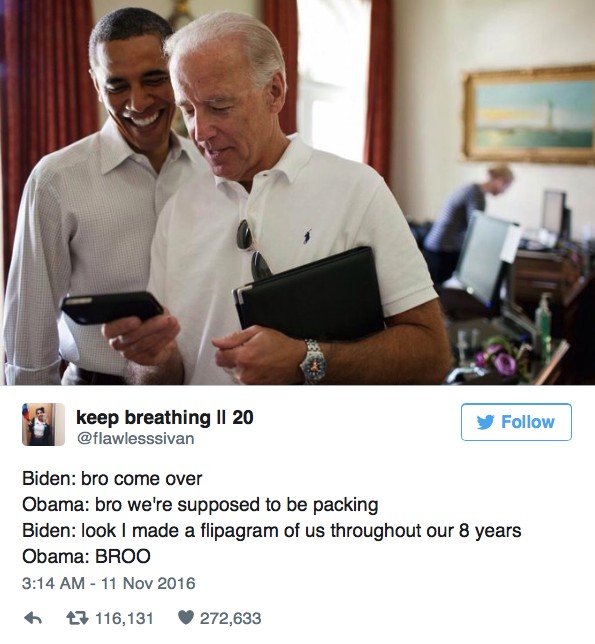 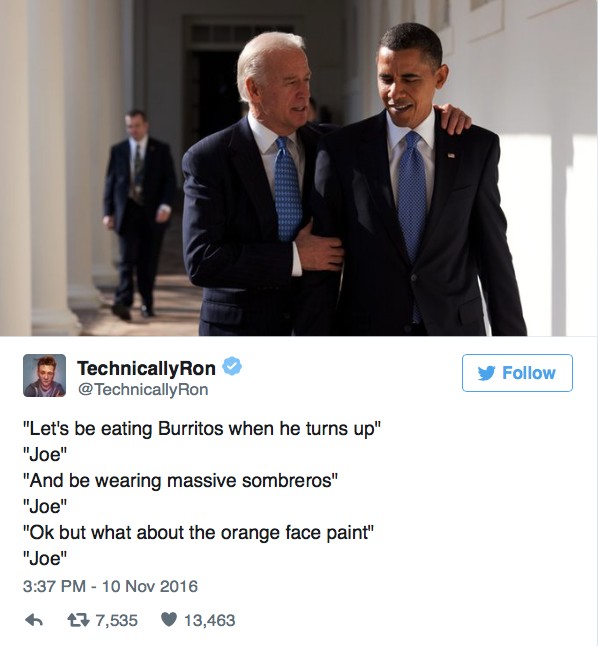 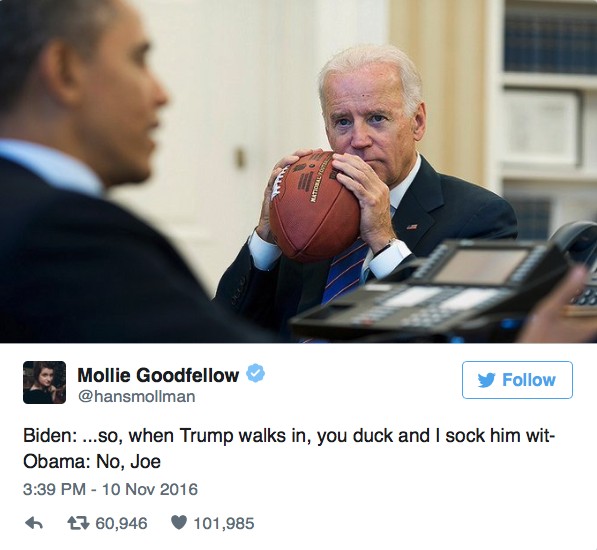 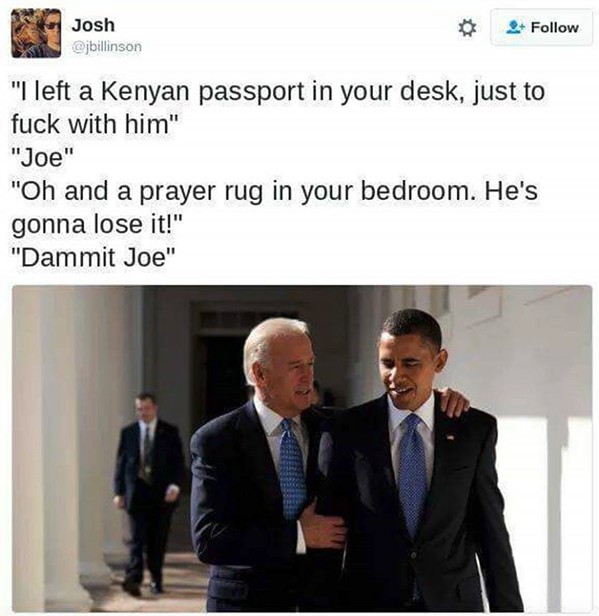 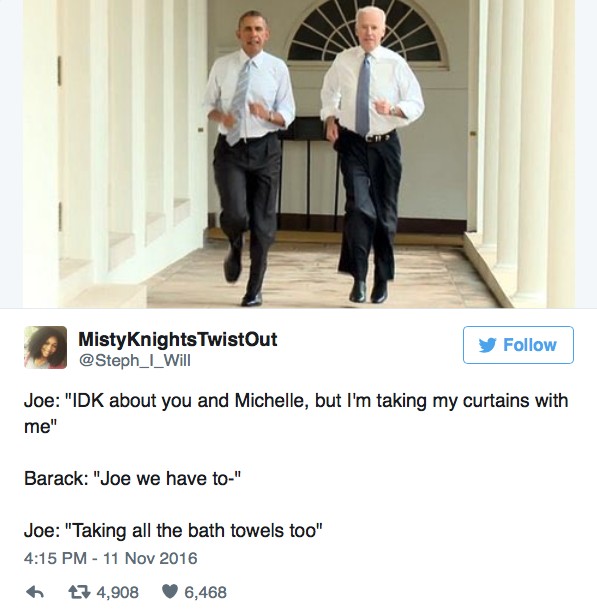 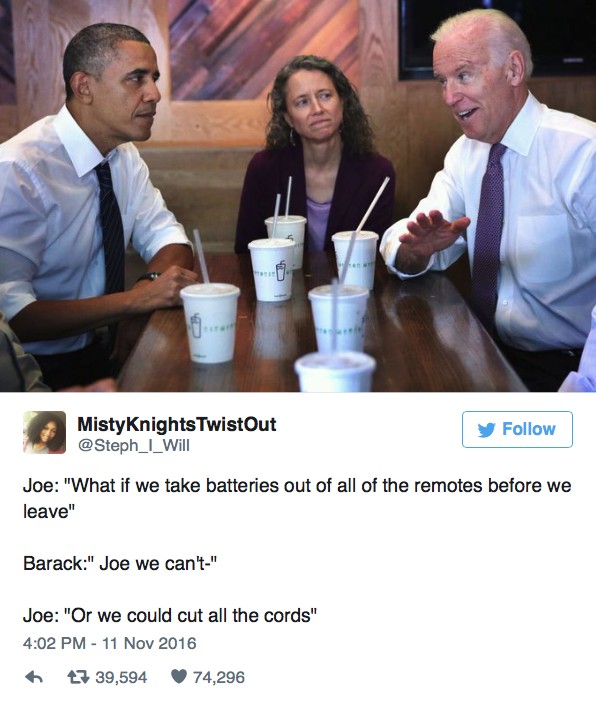