Being a student is not easy and sometimes the only thing that can get you through is your sense of humor. None of us would want to be identified as a bad student, but admit it or not, we’ve all been a bad student at least once in our lives. It’s just part of growing up. And if you’re a student struggling to get things done, hustle hard, It’ll be through before you know it. Messing up is half the fun. If you’ve ever gone through the educational system, you’ll probably relate to one or more of the following struggles.
(h/t: buzzfeed)

READ ALSO:
26 funny photos of guilty dogs who've been caught in the act

1. Winging almost everything because sleep is life.

2. Making sure your brain hasn’t failed you

3. When you’re the odd one out and have no idea what they’re doing 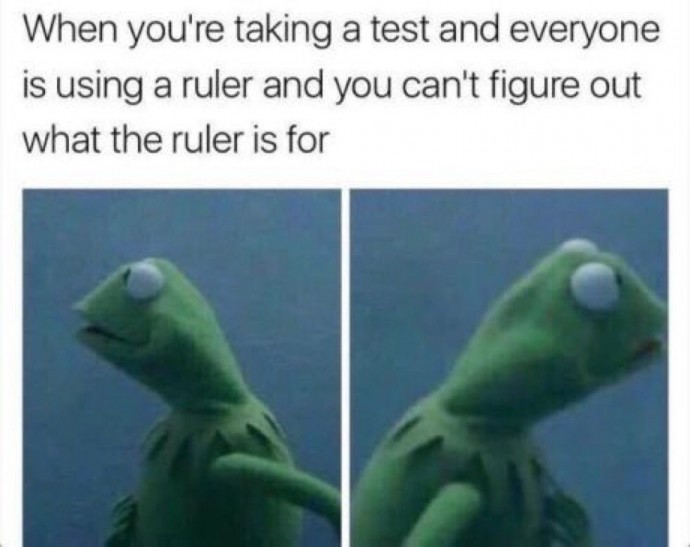 4. That moment when you totally forget you had something to do

6. When you’re trying to drag out that essay with as much adjectives as possible