Great Danes are mostly known as the real gentle giants of the canine world. They can grow at at least 30 inches from paw to shoulder, and they are so big that they look down at most of other dog breeds. Despite their size, they often act as they were much smaller than they actually are, giving people the impression they just have no idea how big they are.
You can see them playing fetch with a full-sized basketball, or curling up on the couch as they were the smallest of Chihuahuas. In addition to that, it’s not usual to see them trying to sit on their human’s lap, and needless to say, the contrast between their size and their behavior is such a hilarious thing to see.
(h/t: boredpanda)

1.They start off so small: A Great Dane Pup at 14 weeks

2. Great Danes and Pilates Part 1: Pilates even in sleep

5. His version of fetch

6.The face he makes when his owner takes out carrots from the fridge 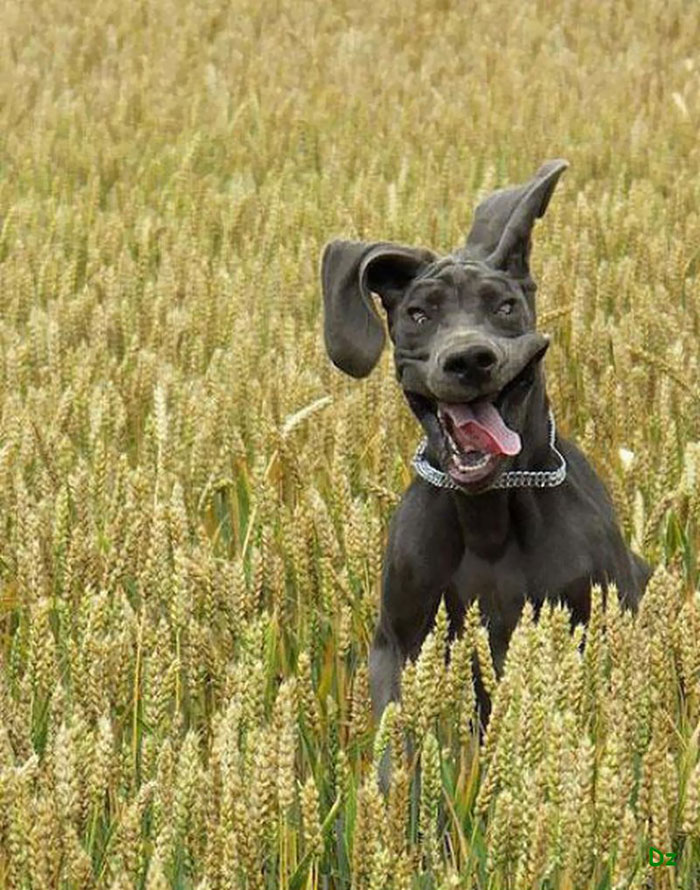 10. A Great Dane plus a trampoline equals…

12. Puppy Power: A Great Dane and her Pups