Dogs and cats are considered to be quite the opposite to each other. Dogs are considered loyal and playful, always ready to go out for a walk and spend some time with their humans. Cats are equally adorable, but in on the other hand they are considered more independent and cynical creatures, who would rather spend their time inside a box or on top of a tree than staying with their owner.
But have you ever seen what happen when dogs spend too much time with their feline friends? Sometimes they start to behave just like them. They remain as affectionate as before to their owner, but some of them will enjoy doing kitty things like sitting on the counter, resting in a box, or climbing up a tree.
If you want to see what we mean, go ahead and scroll down to these funny dogs who probably spent too much time with cats.
(h/t: boredpanda)

READ ALSO:
22 Dogs Who Followed Human Rules So Literally They Beat The System

1. This happened when neighbor brought in a new dog.

2. This is what growing up with cats look like.

3. This dog raised by cats. 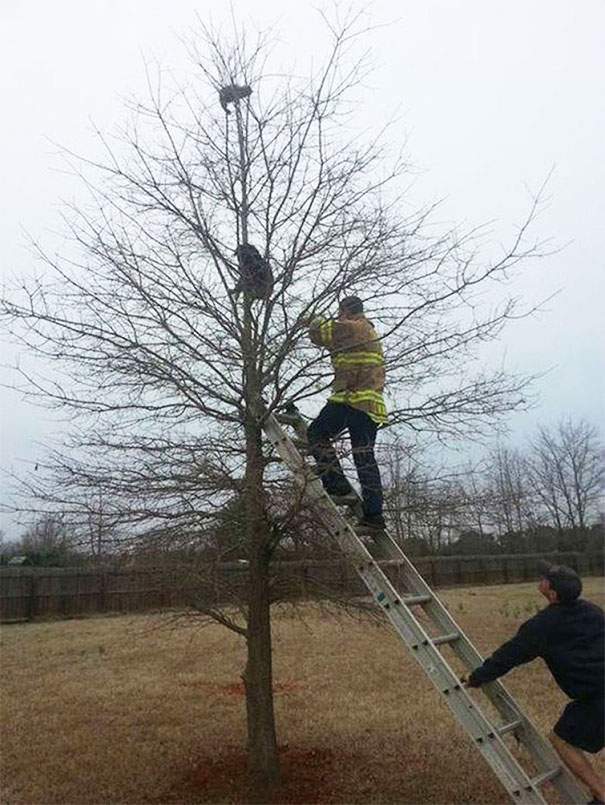 6. This dog with a thing for rooftops.

8. When you live with cats and you have to blend in…

9. This cat acting all normal.

10. Installed a cat door then this happened.

Back to Top
Get our Animal Coloring Book For Adults for just $6.99 for a limited timeBuy on Amazon
+