Every mother’s instinct, no matter if human or animal, is to protect her children, and what this cat did in New South Wales, Australia, is the perfect example of what a mother can do to save her creatures.
A passerby spotted a family of cats, composed by a mom and her three kittens, on the side of the road. He immediately called a rescue group in Terrey Hills, CatRescue 901. When they arrived, the cat walked to the rescuers, and led them right where her three kittens were. She was skin and bones, and clearly had tried all she could to keep her creatures fed and safe.

The four cats needed medical care, and when they arrived at the shelter, it was obvious they were starving. Upon assessing their condition, the vets realized that the three kittens had eyelid agenesis, a congenital condition that caused them to have no eyelids, and would have led them to blindness if they didn’t receive a proper treatment.
They were fed and bathed, and allowed to rest on comfortable beds. Medication was also administered and the feline mom, Elodie, was faring better, especially after being spayed.
Jenny, the rescue group founder, mentioned that they landed in the right place at the right time. “Not many could cope with eye agenesis surgery because it’s too expensive,” she told lovemeow. The road to recovery still lies ahead but what’s important is that their momma Elodie is confident they are definitely in good hands.

This is Elodie, a feline mom who tried to her best to keep her kittens fed and safe, but was clearly struggling to go on. 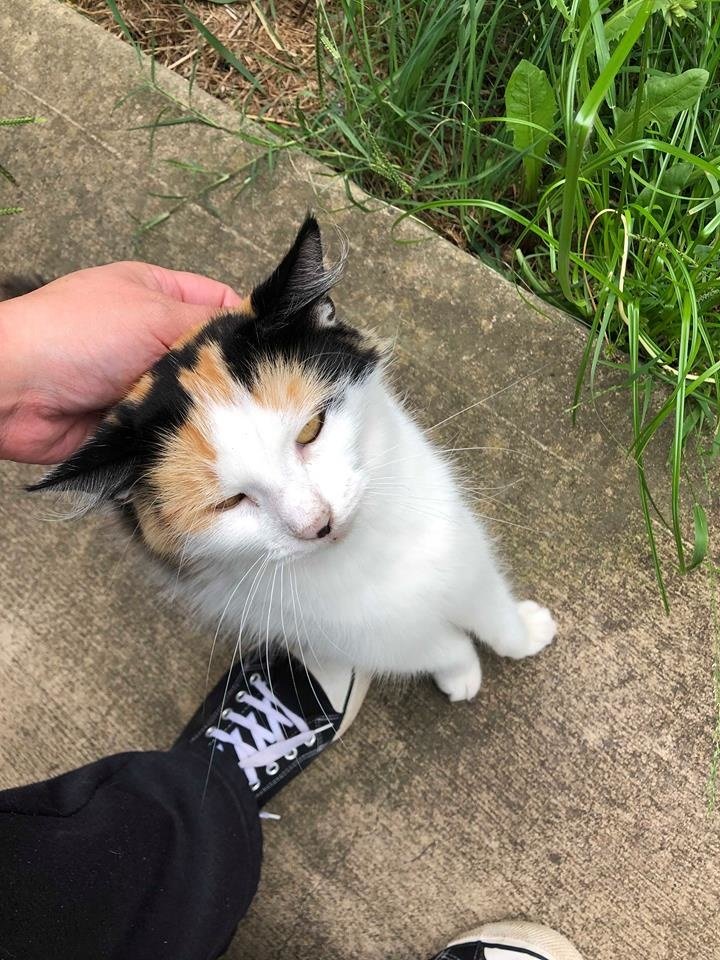 When a stranger called the rescuer from CatRescue 901, she walked up to her heroes, and led them to where her kittens were. 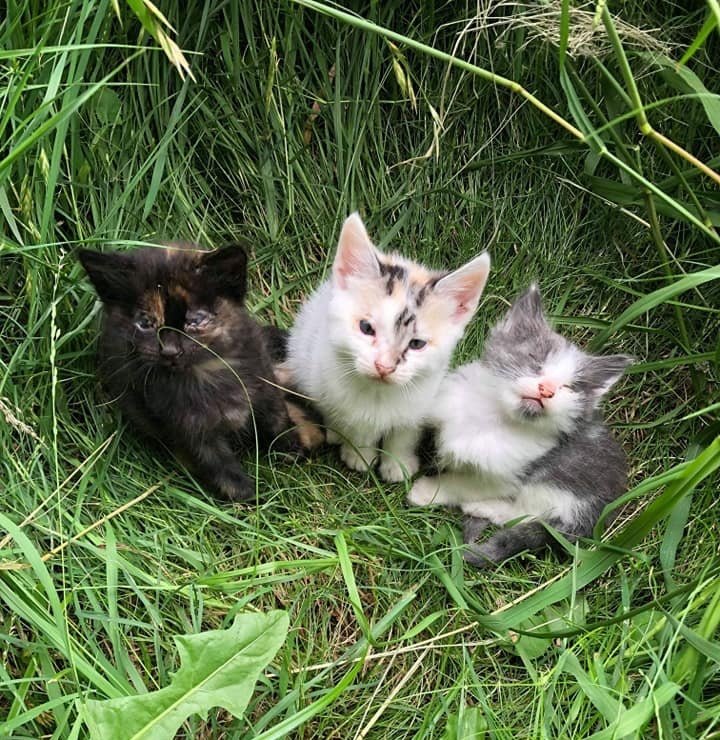 They seemed to be friendly and harmless. 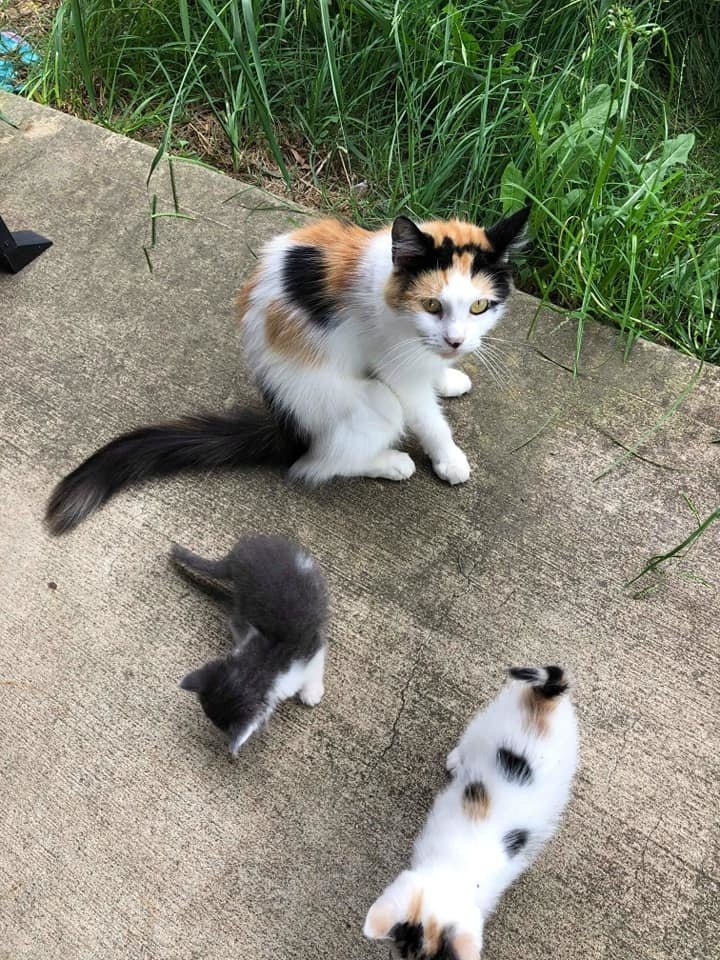 But on closer look, it was clear that they needed immediate medical attention. 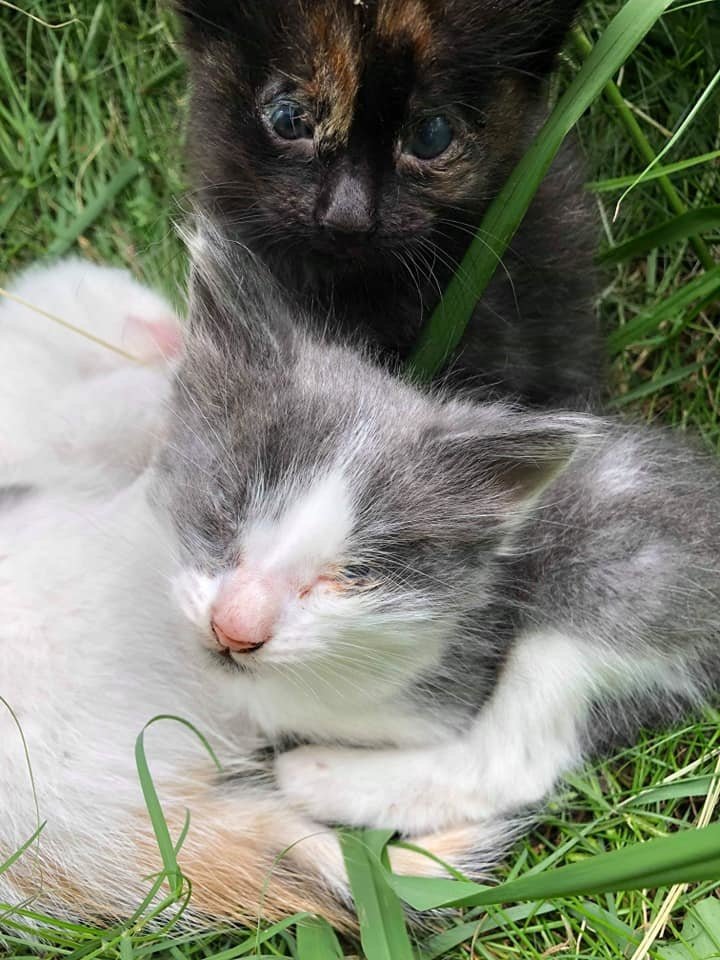 They all had a condition called eye agenesis which could make them blind if not immediately treated. 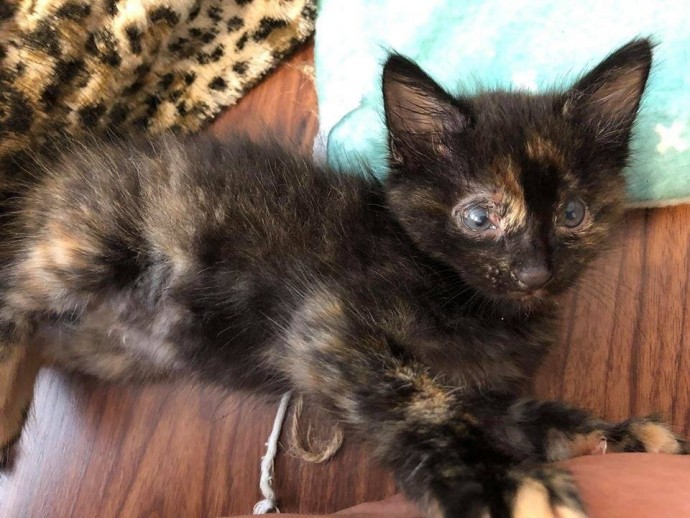 Once brought to the shelter, they were bathed, fed and allowed to have proper rest. 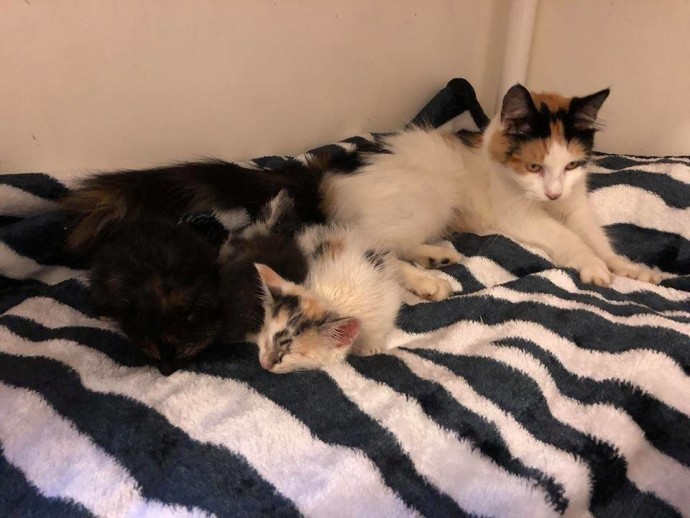 They were lucky to land in the right place at the right time. 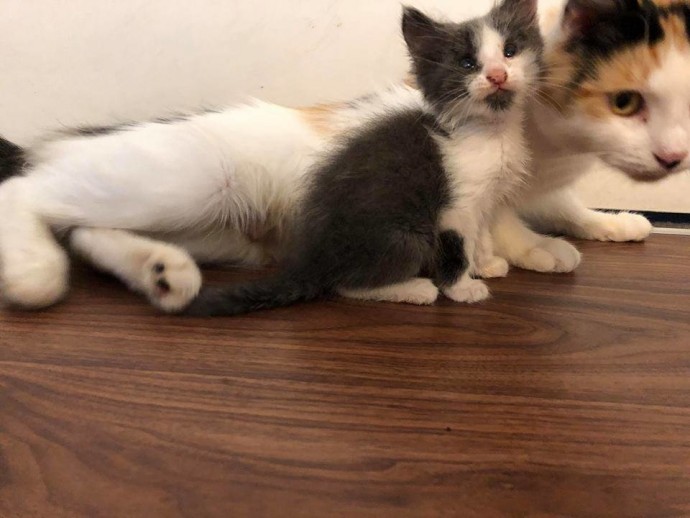 No many rescue groups are able to deal with eyelid agenesis. 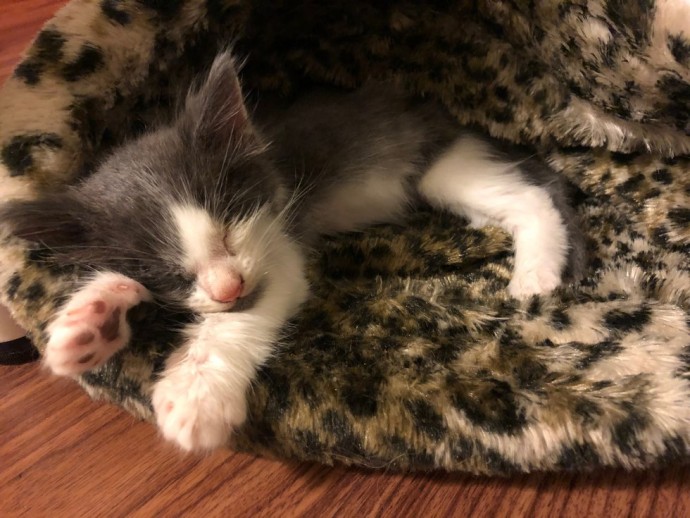 The road to recovery is still long, but they are finally safe, and a talented staff of compassionate people is now taking care of them. 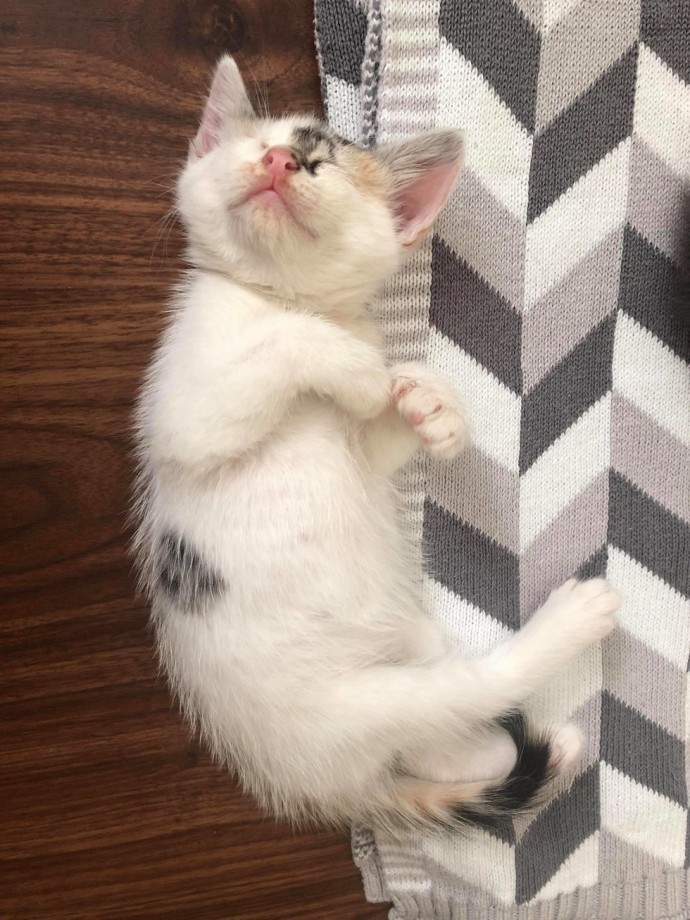