It’s always touching to hear about a strong friendship and bond formed between humans and animals. This story is about how a rescue owl became friends with the man who saved her from a near-death predicament. The man we are talking about is Douglas “Doug” Pojeky, president of Wild at Heart Rescue. A great horned owl named GiGi got rescued in critical conditions after getting a serious head trauma, possibly due to a car accident. She was taken at the rescue where she was treated for various complications.
Pojeky is known as the “birds of prey whisperer” so if there was anyone who can fully treat GiGi, it was definitely him. After a few weeks of treatment, GiGi was able to get back on her feet and got well again.
One time, Pojeky went away for a while to visit his family in Michigan, and once he came back, he immediately went to check up on GiGi. As he was examining her, the owl slowly walked up to him and gave him a hug. It was definitely her way to thank him for all the love and care he gave to her during her recovery at Wild at Heart. GiGi looked so peaceful and happy knowing that Pojeky was back, and that’s the proof that no matter the animal, they have a soul, they can feel love and gratitude and only deserve to be treated well.

A great horned owl named GiGi suffered from serious head trauma due to a car accident. 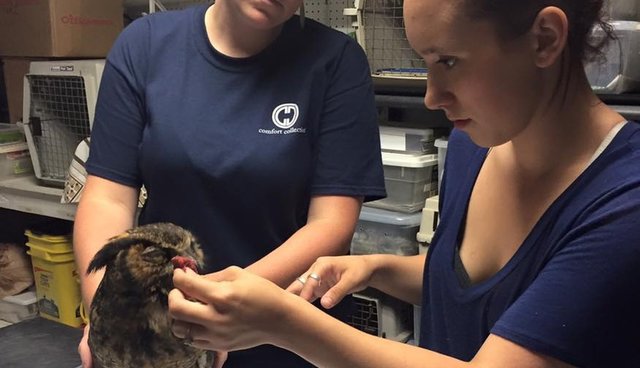 She was taken to Wild at Heart Rescue where Douglas “Doug” Pojeky is the president. 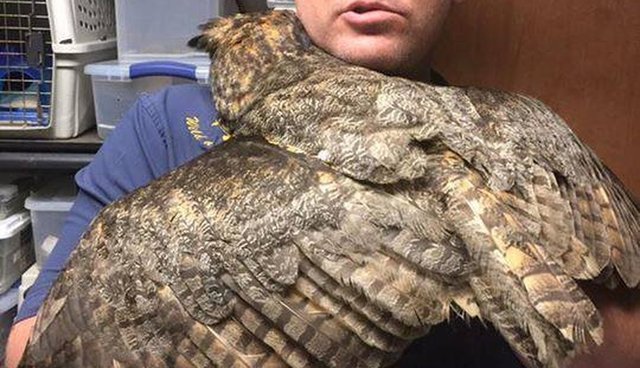 Pojeky is known to be a “birds of prey whisperer”, and he successfully nursed her back to health. 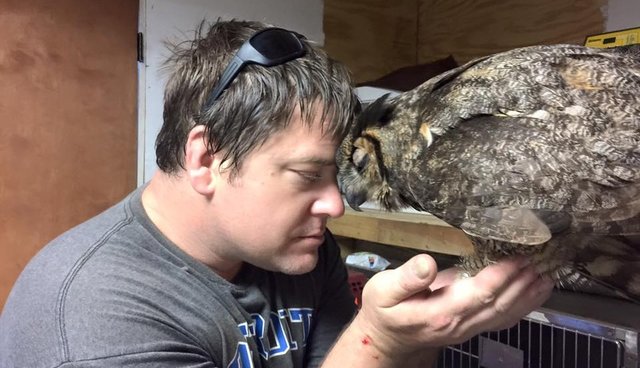 Pojeky went away for a while and when he came back, Gigi gave him a big and comforting hug. 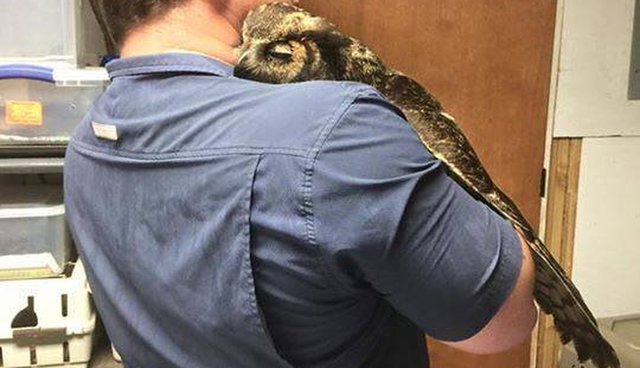 It looked like she wasn’t just happy to see he was back, but she was also thanking him for all the care and love he gave her during her time spent at Wild at Heart Rescue. 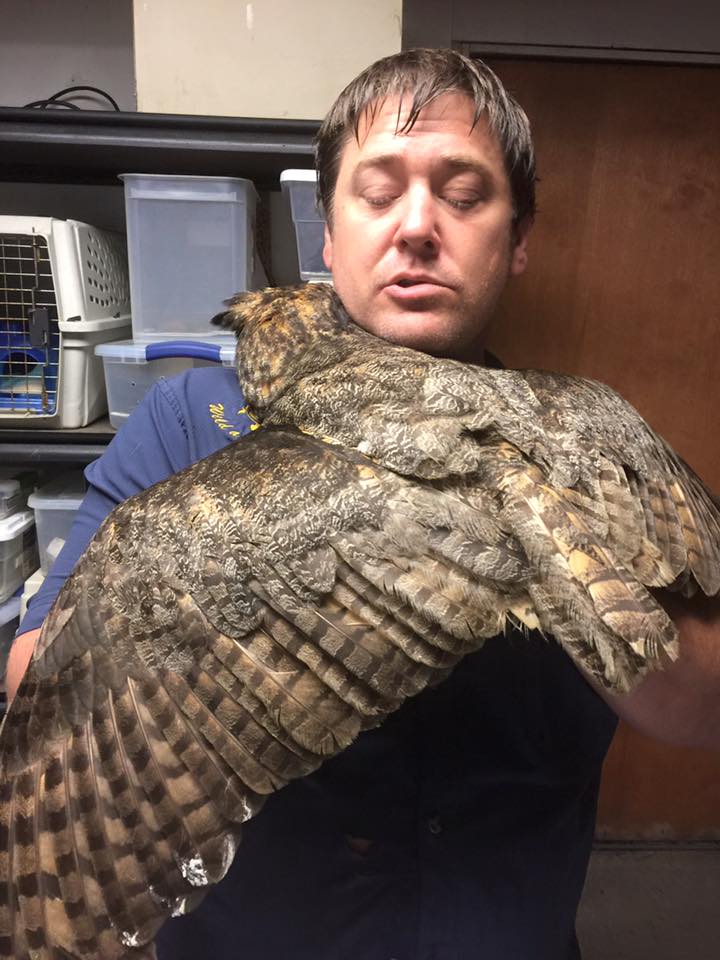 This is the proof that no matter the animal, they have a soul, they can feel love and gratitude and we must treat them well. 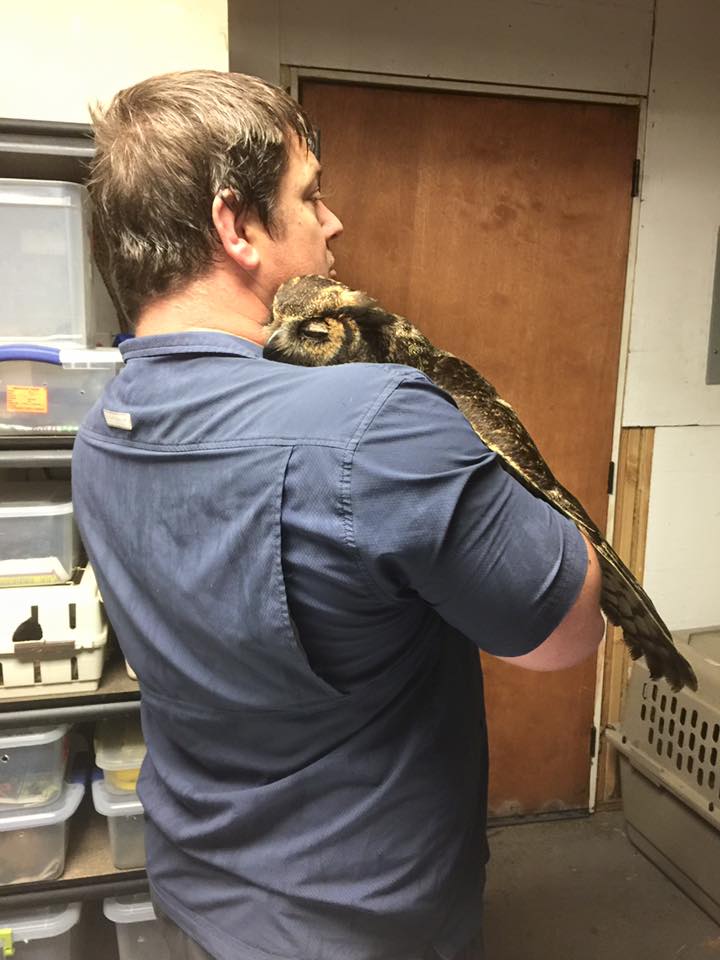