The most part of you may know the story behind the book “The diary of Anne Frank”, diary of a 13-year-old Jewish girl that had to hide with her family in some concealed rooms in the building where Anne’s father worked, during the German occupation of Netherlands (to know more about it read here).

Anne Frank House, the Amsterdam museum dedicated to Anne Frank, created this amazing series of pictures where present photos are merged with the WWII shots taken in Amsterdam during the Nazi occupation.

This project is part of the app “Anne’s Amsterdam” a digital scrapbook that tells you the story of Anne Frank while guiding you through the city of Amsterdam. 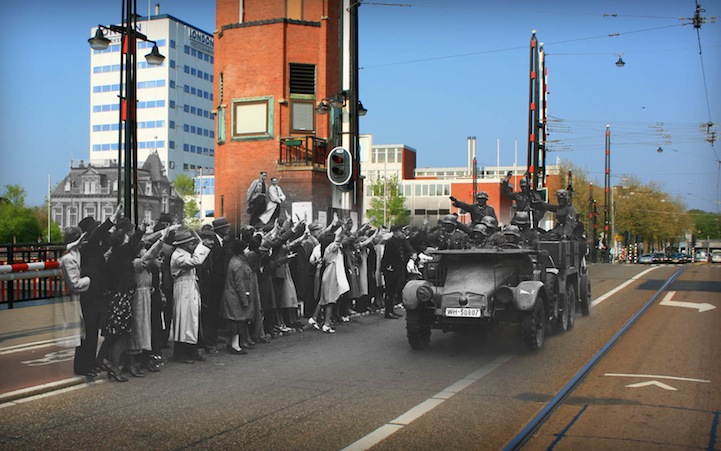 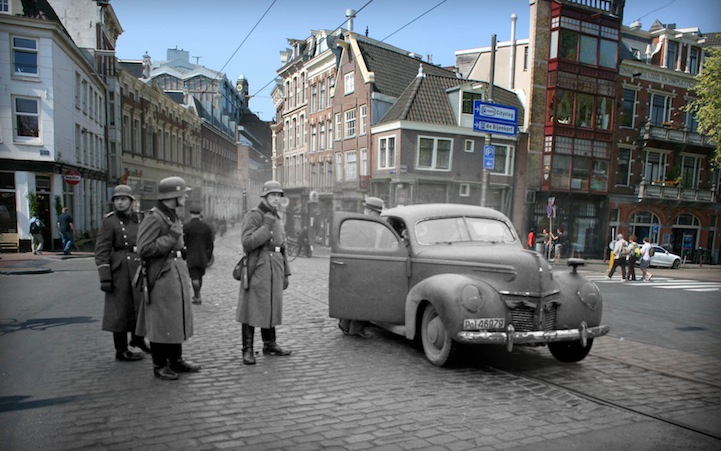 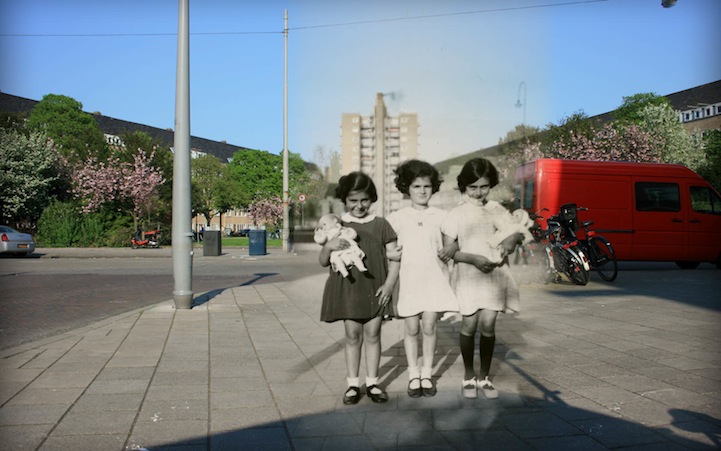 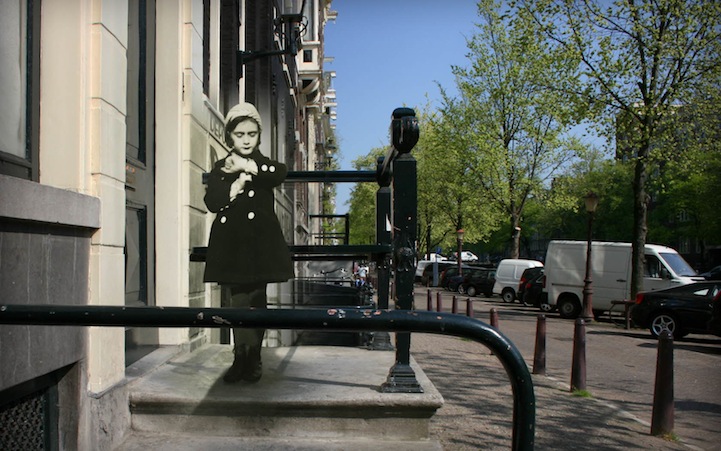 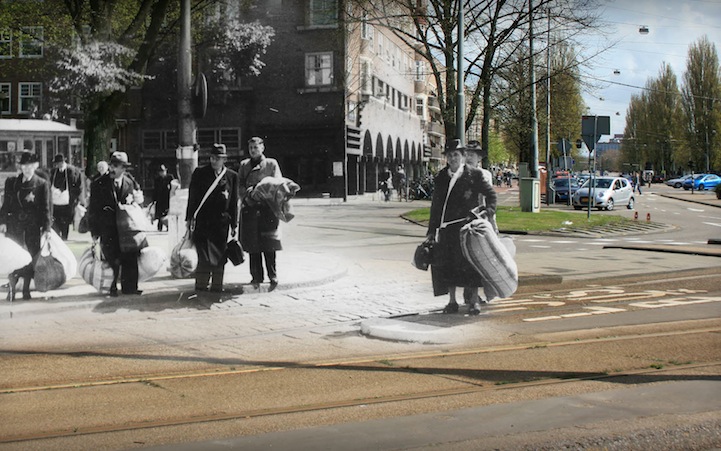 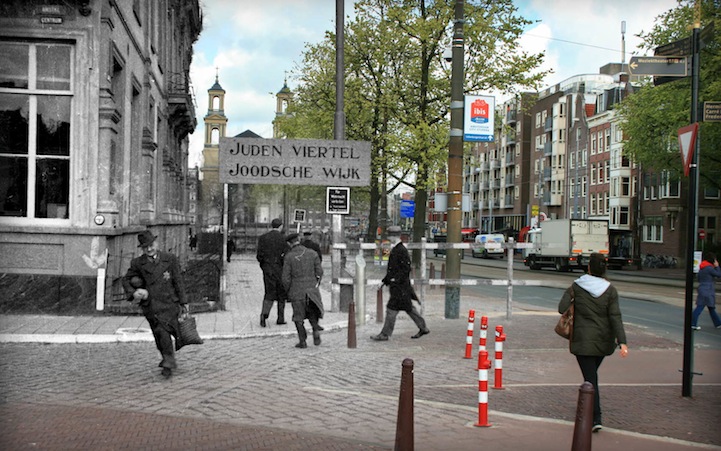 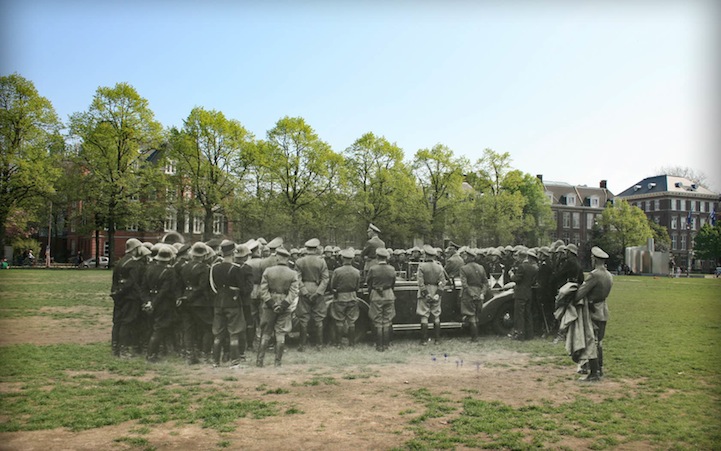 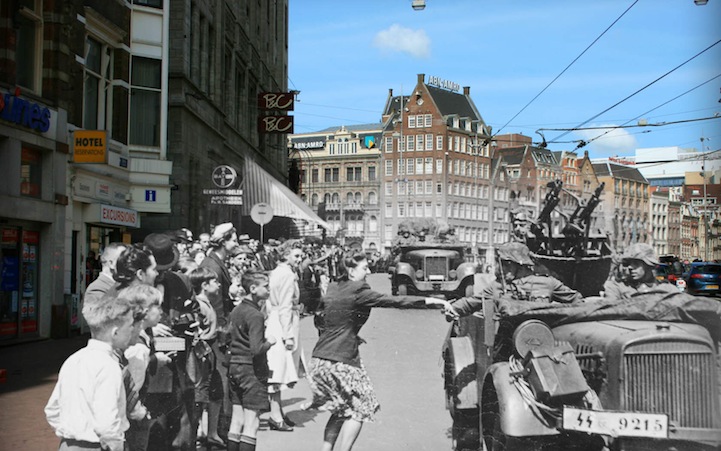 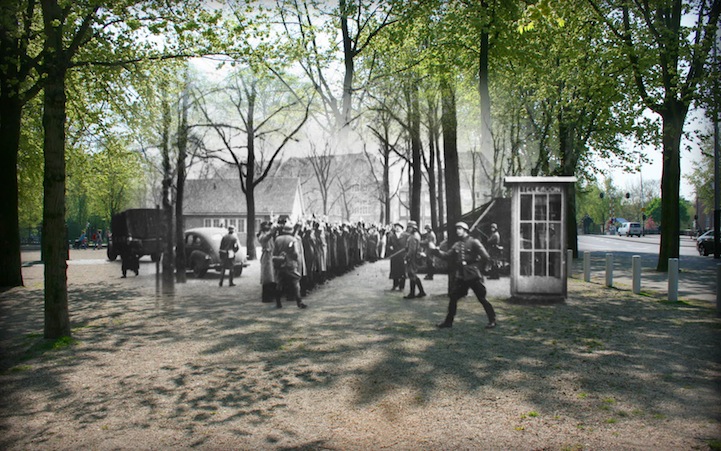