Animal rescuer Moonglade Rose came home one night with a new rescue cat named Opie.
At first, she wasn’t sure how her cat Andy would feel about the newcomer, but as soon as he noticed Opie’s presence, he came running and gave the little kitty the warmest welcome ever. With tons of hugs and kisses, Andy made Opie feel at home.
That same night, Andy never left Opie’s side and decided to guard and protect him just like a big brother. Andy’s owners were surprised about his reactions and they couldn’t be thankful enough to have a cat who cares for rescue kittens as much as his humans does.
“Andy gives his brother lots of love, and has been teaching him about the litter box, how to land on his feet, how to hunt and play, but mostly how to cuddle,” Moonglade told Love Meow.
Scroll through the following photos and witness how Andy loves and takes good care of his new brother, Opie.
(h/t)

This is Opie, a rescue kitten, and a new member of Moonglade’s family. 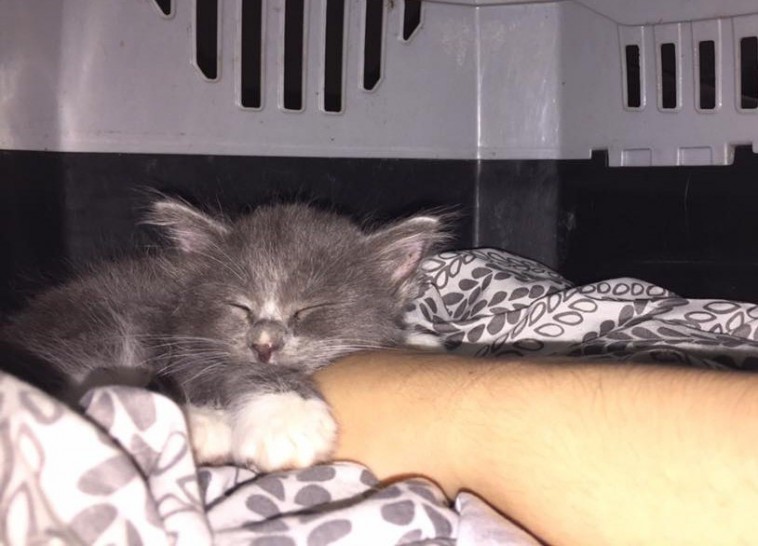 Upon meeting Opie, Andy, the resident cat, gave him the warmest of hugs. It looked like he was welcoming him in his new home. 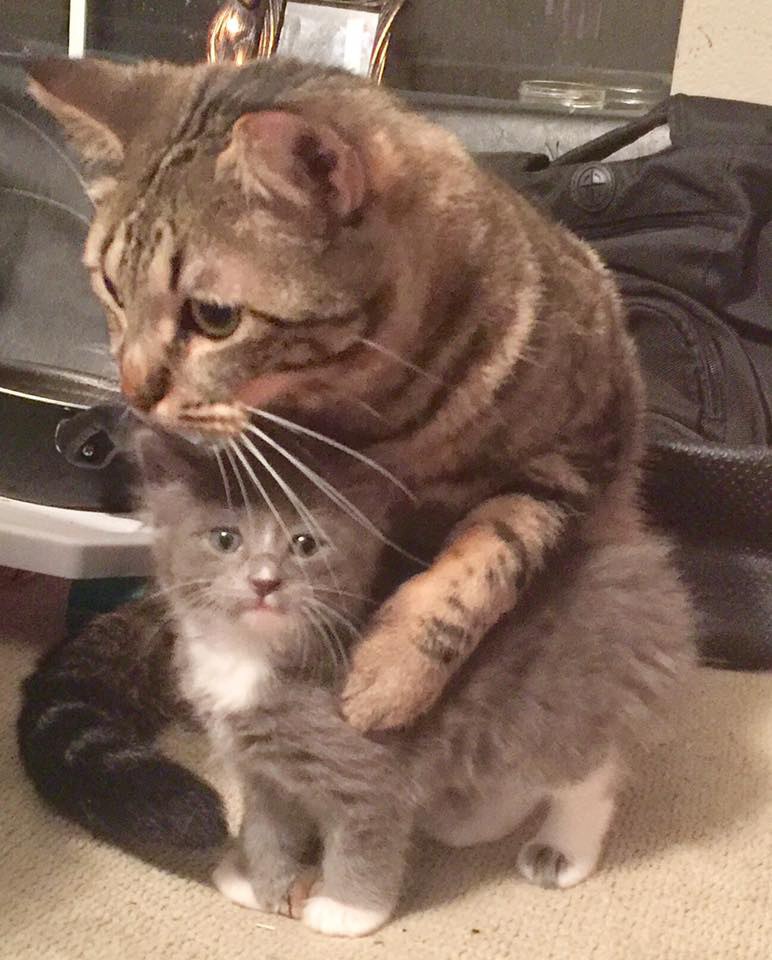 He never left Opie that night, and he guarded him just like a big brother would do. 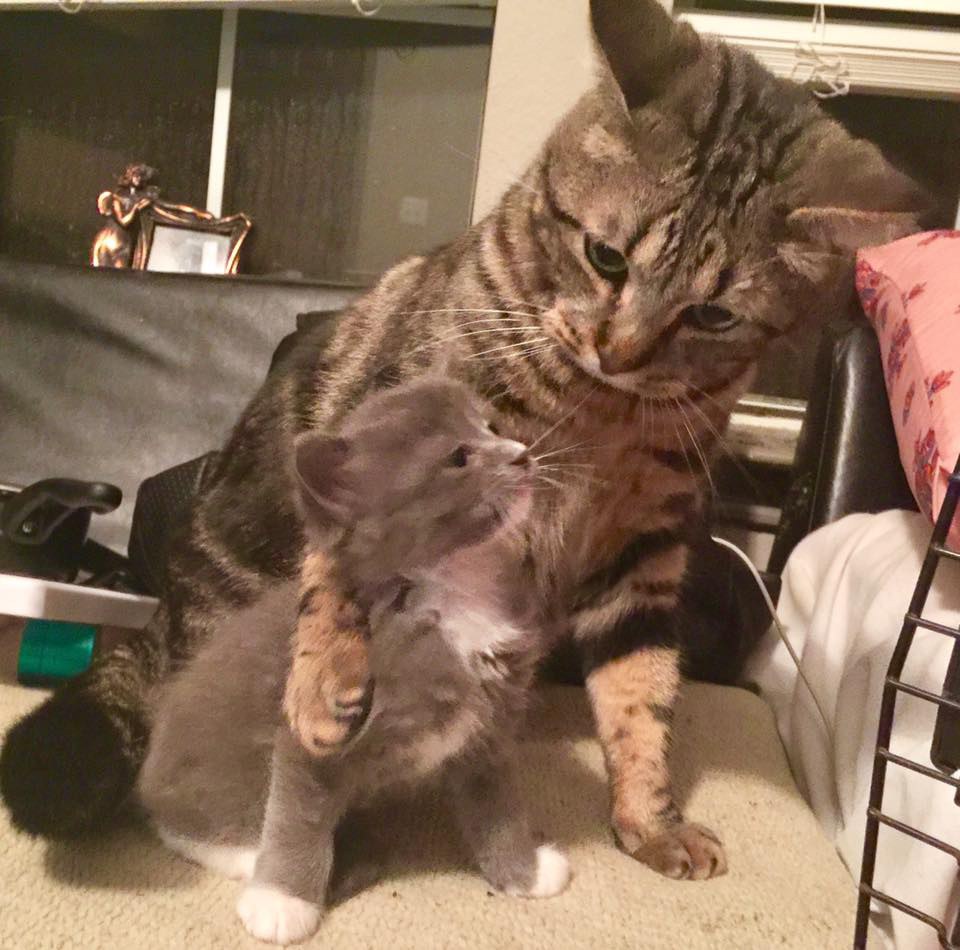 Opie immediately felt at home as Andy became his brother from another mother. 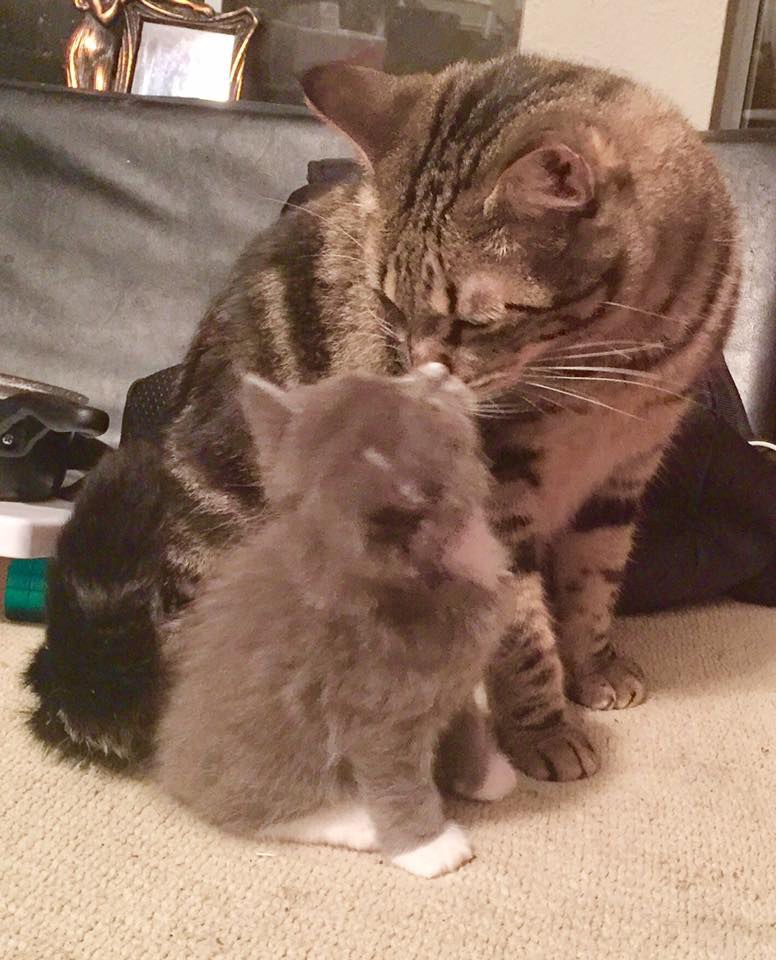 Andy surprised his humans with such compassion for a fellow rescue cat. 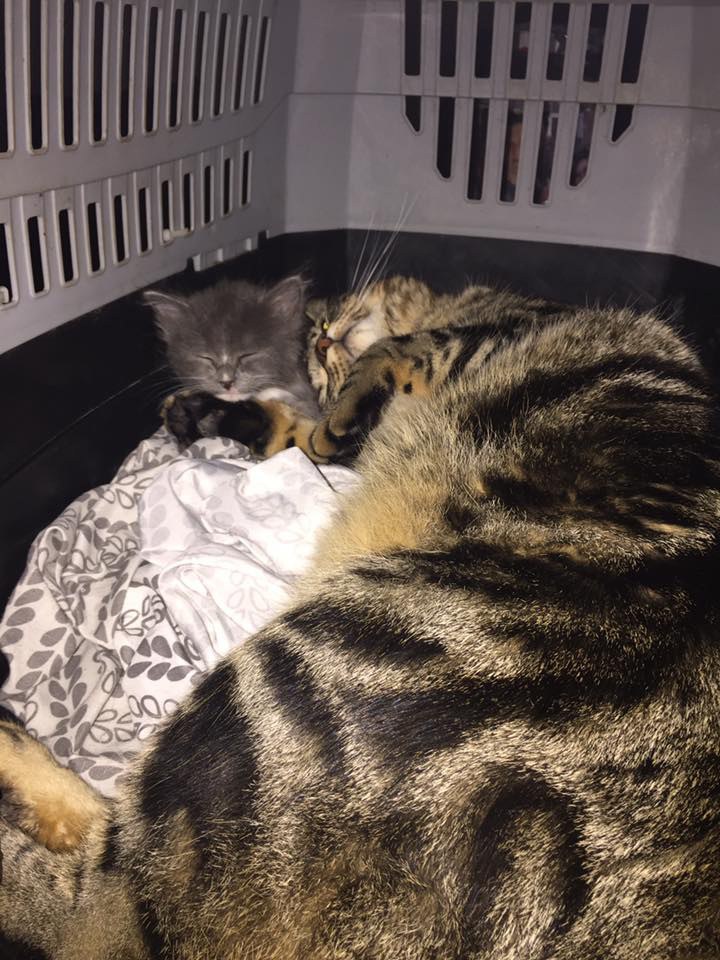 “Andy gives his brother lots of love, and has been teaching him about the litter box, how to land on his feet, how to hunt and play, but mostly how to cuddle,” Moonglade told Love Meow. 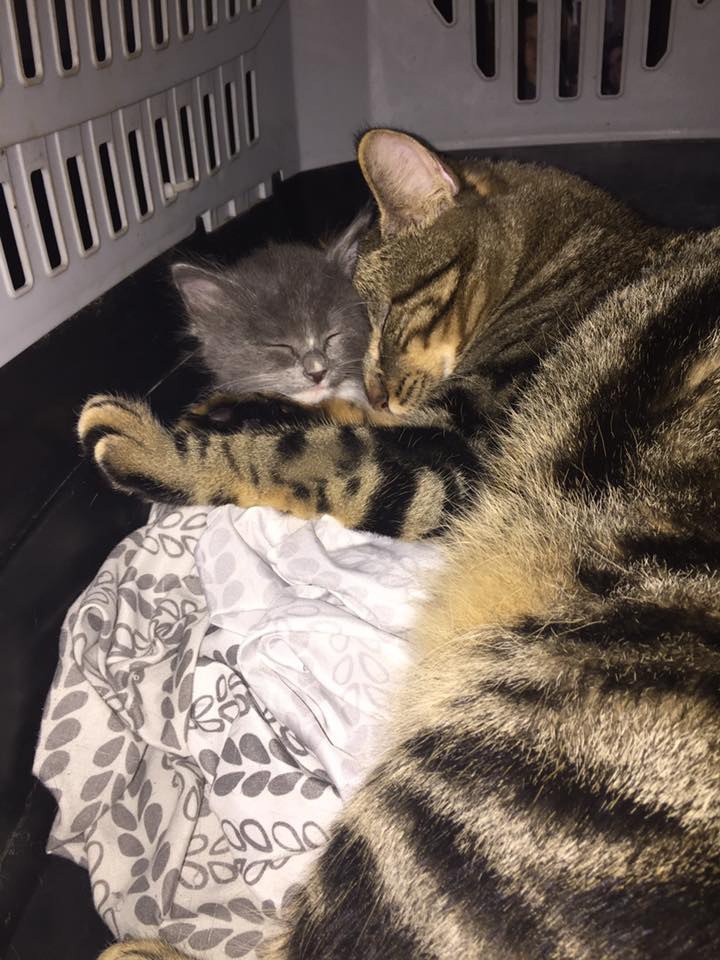 They love to snuggle and they always make their humans happy. 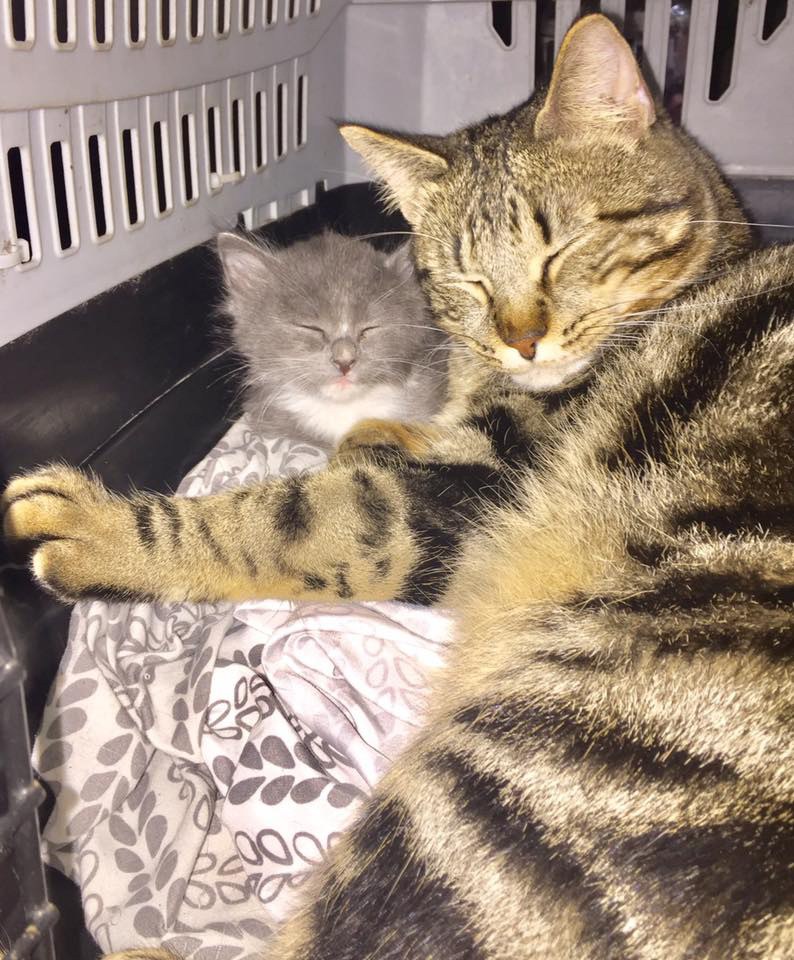 Before Opie arrived, Andy constantly cuddled with his mom. 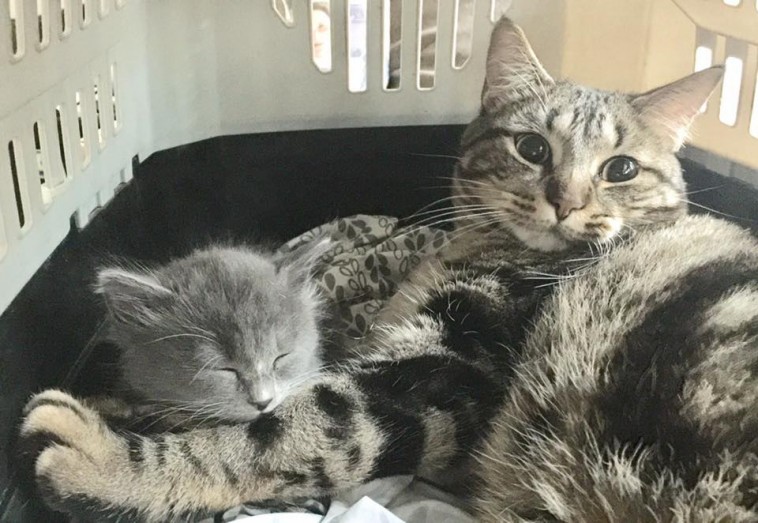 But now that Opie is with them, he feels responsible for the little one, giving him all the attention he needs. 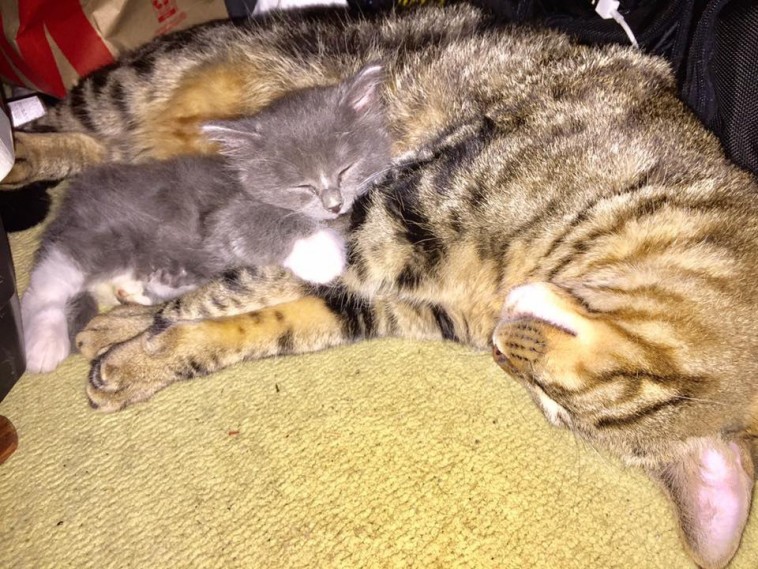 Andy makes sure to groom him, cuddle with him, and shower him with so much love. 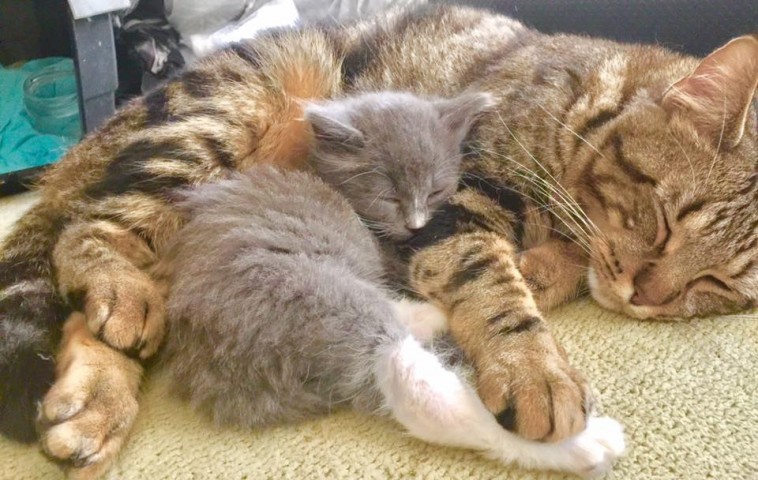 “Opie seems to trust me and keeps falling asleep on me. Little guy fits in my hand. And Andy absolutely loves him.” 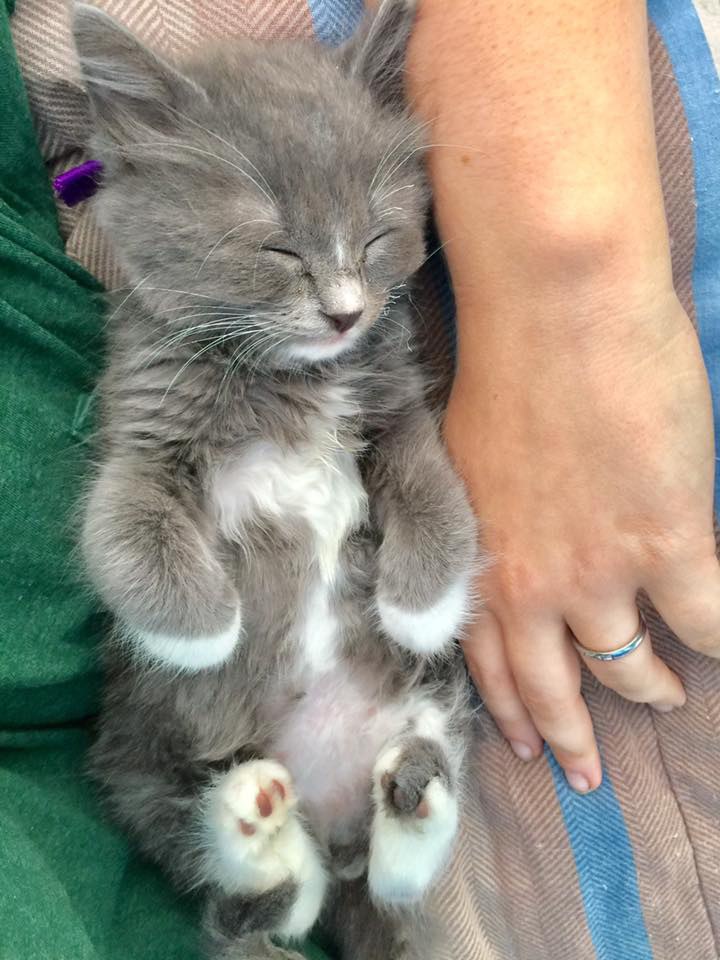 After a few months, the two became closer than ever, and Moonglade feels lucky to have such happy boys as part of her family. 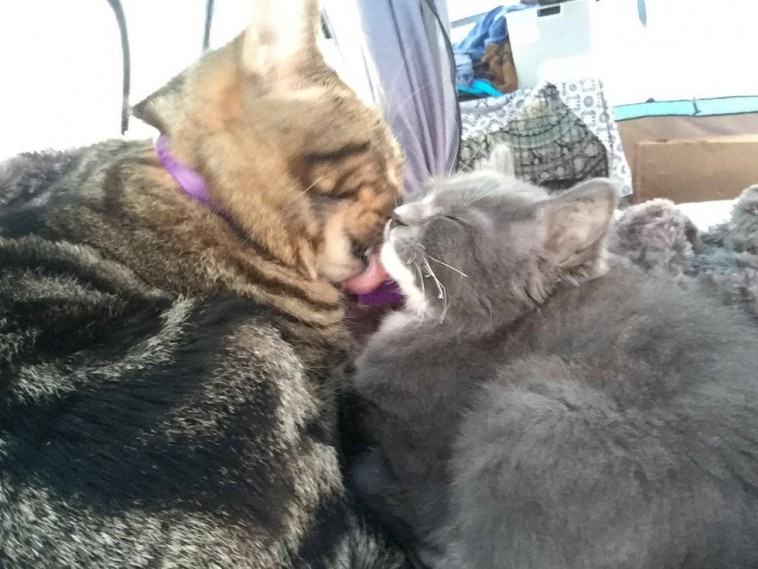