Every now and then a revolutionary product steps into the market and changes everything. It can happen in every kind of niche, it happened in mobile phones industry, in computers industry, in automotive industry and probably in every kind of market ever existed. We feel like we are in front of a small revolution with the tool we are going to talk about in this post, as nothing like that has never seen the light before.

The product we are talking about is called Pixelstick, a formidable tool for all the light painting lovers. Duncan Frazier and Steve McGuigan of Bitbanger Labs engineered it during the past months and came up with a working prototype that they are trying to mass-produce with the funds of this Kickstarter campaign.

Light painting is a photography technique where a photographer paints something with a light source during a long exposure photo. It’s almost impossible to light paint complex shapes right now, due to the endemic limitations of the technique itself. With Pixelstick this is going to change.

Pixelstick consists of 198 full color RGB LEDs inside a lightweight aluminum housing, made of two 3 ft long (91 cm) sections. Pixelstick’s brain, a small mounted box, reads images from an SD card and displays them, one line at a time. Each LED corresponds to a single pixel in the image. What does it mean? It means that you can virtually light paint any shape or picture possible, you just have to convert it in a 198 px height file. While the long exposure goes on, you just have to move the stick in the wanted directions in order to create the image. Since a photo is worth one thousand words, take a look at the following images to better understand which kind of results you can achieve with Pixelstick.

Bitbanger labs has already reached their 100,000 $ goal on Kickstarter, but if you wish to fund the project you still have time until December 13. Click here if you want to visit their Kickstarter page. 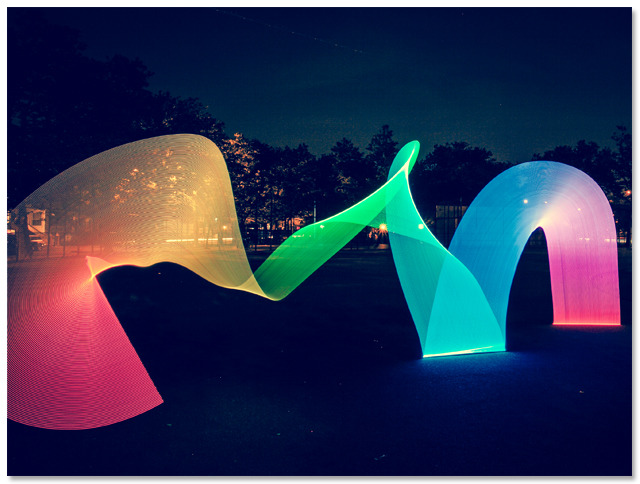 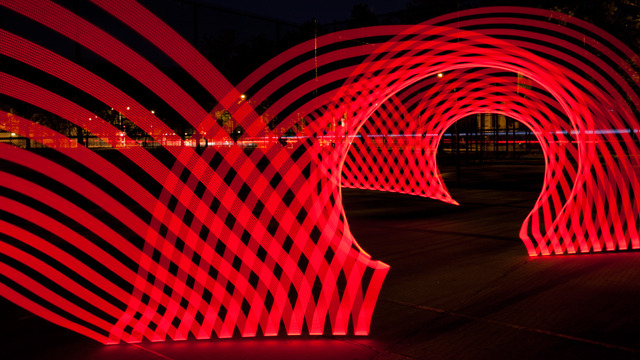 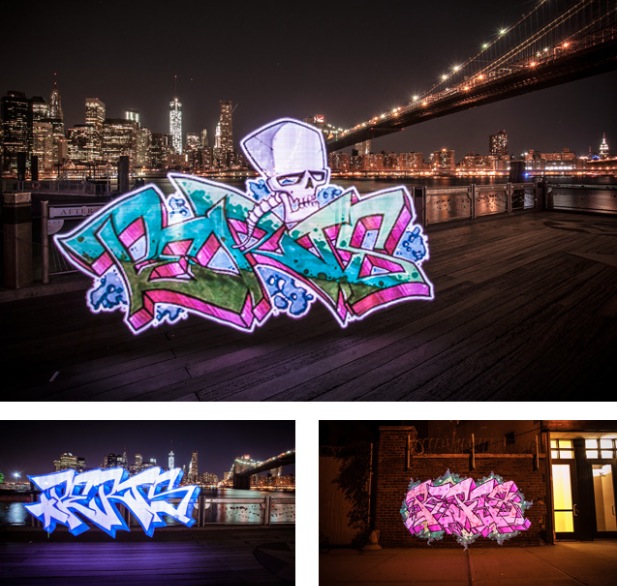 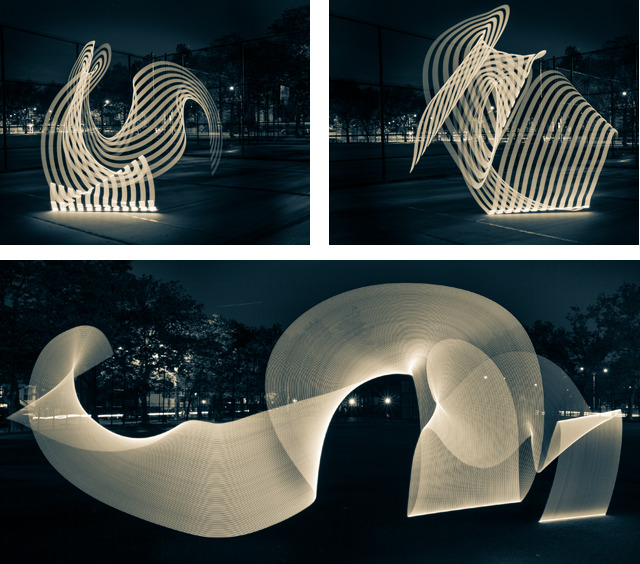