One summer day in North Carolina, a rooster wandered in an auto shop. The workers at the shop asked around for the owner of the rooster, but they weren’t able to track where he came from. They fed him leftovers and thought he’d just leave on his own.
When the employees came back to work after a long weekend, the rooster was still there, just like he was waiting for them to come back. Eventually, the guys accepted him as their own and named him Earl. He’s been living at the shop ever since, and became everyone’s favorite co-worker, becoming a celebrity among the customers as well.

The garage’s co-owner Joe Gallo told in an interview with The Dodo that Earl usually sleeps in a tree at the back of the shop, but when the weather is bad, the guys on shift let him in for the night and ensure he stays dry and safe. In the morning, he comes running as soon as the first guy arrives and opens the shop. Earl’s day starts just like that. He gets some food from an employeer and then goes around the garage looking for bugs and spiders, pecking and looking under the benches and tool boxes. Earl also likes to greet the employees when they arrive at the auto shop.

Throughout the day, he would wander around getting chased after by stray dogs and sometimes catching lizards. He would follow the boys around and sit near the cars they are working on, just like he was a regular employee, but sometimes he just takes a nap underneath a car. Earl has zero idea that he is getting in the way of their work, but the guys really try their best to be careful and work their way around him.

It’s been a year since Earl the rooster showed up at the auto shop and he has become a local celebrity. The R and R Garage quite popular in North Carolina, also because of Earl, and now they’re thinking about making him the subject of their new logo and uniform shirt. Scroll down and check out photos of Earl the rooster and his typical day at work.

R and R Garage has a rooster as one of its employees and his co-workers definitely enjoy his company. 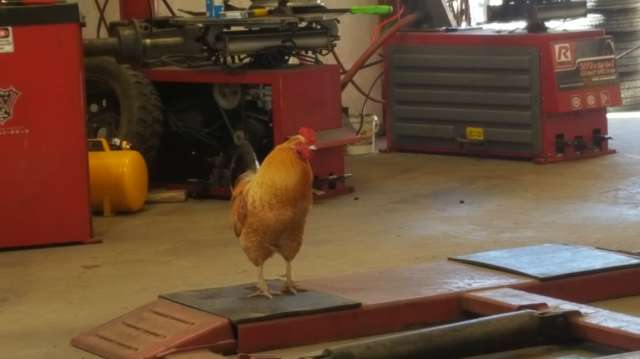 As soon as the first employee arrives, Earl runs towards the entrance excited to start his day at work. 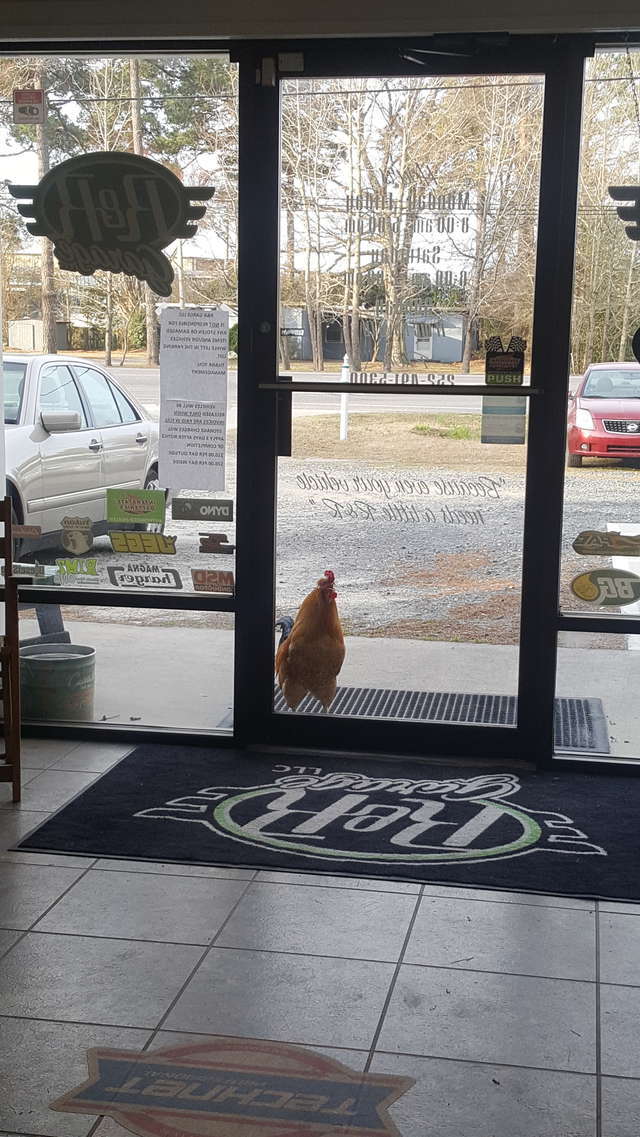 The guys give him a cup of scratch and as soon as he’s done, he goes around looking for spiders and bugs. 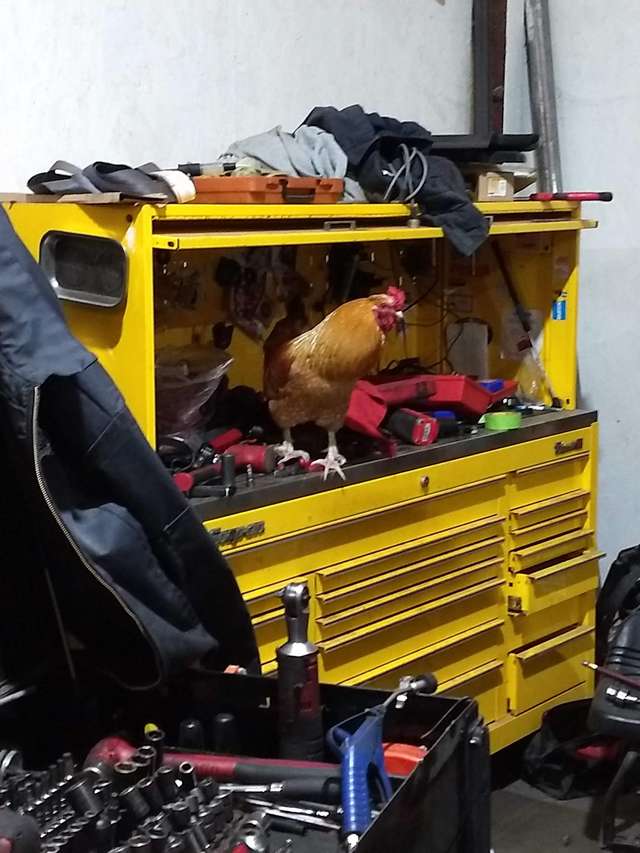 He also greets everyone who arrives at the shop and follows them around for a bit. And then closely observes the guys while they work. 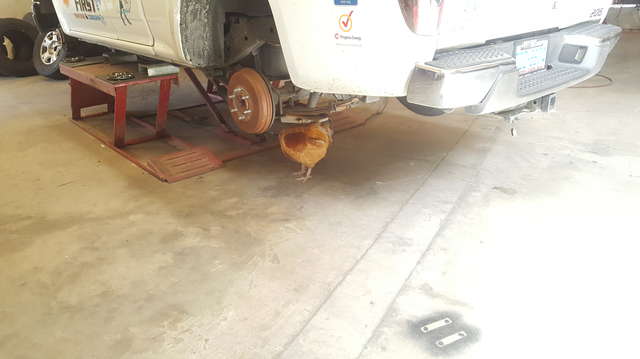 When he’s got enough of watching, he naps. Anywhere. Despite all the effort the guys at R and R put in taking care of Earl, he almost got hit by a car several times, but he’s been great at keeping himself alive so far. 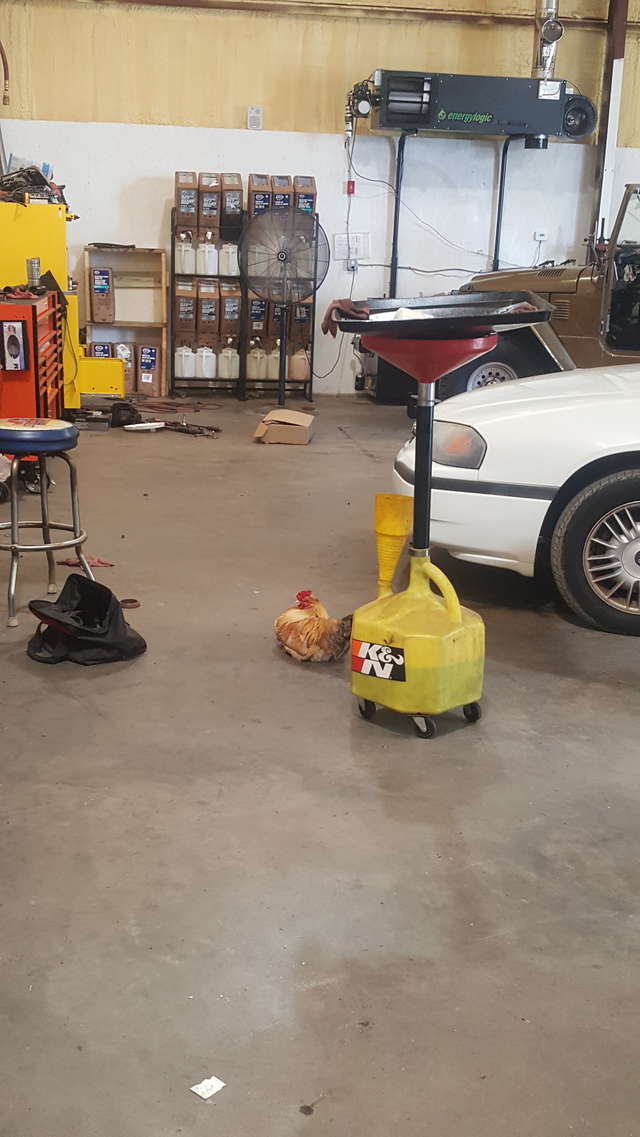 Sometimes he also goes outside and gets chased by stray dogs. Tough job for a rooster, right? 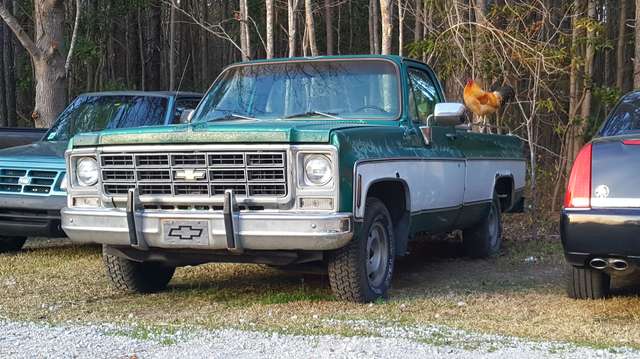 Earl is quite popular with the employees and even the customers. Kids would ask to be brought with their parents when they pick up the vehicles just so they can see Earl. 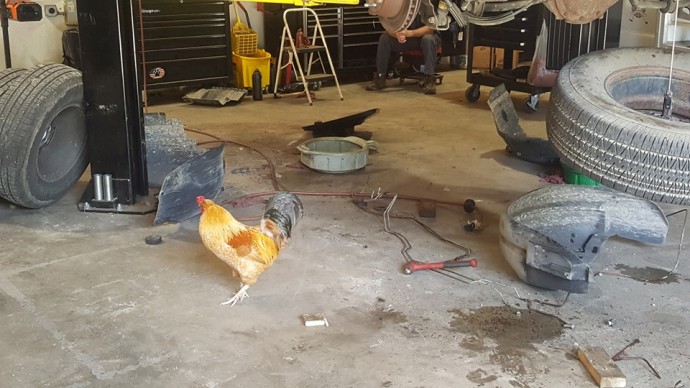 If you’re in the area and you need to get your car fixed up, drop by the R and R Garage. Earl the Rooster will be waiting for you at the entrance to greet you. 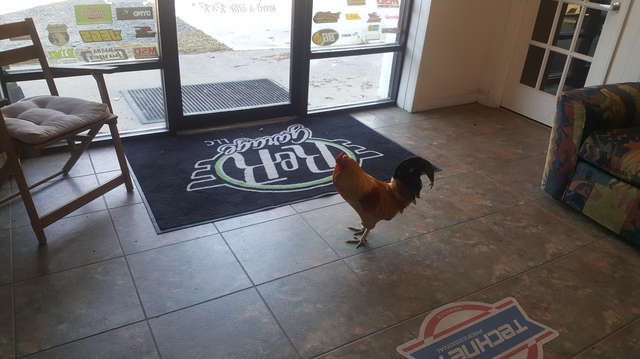